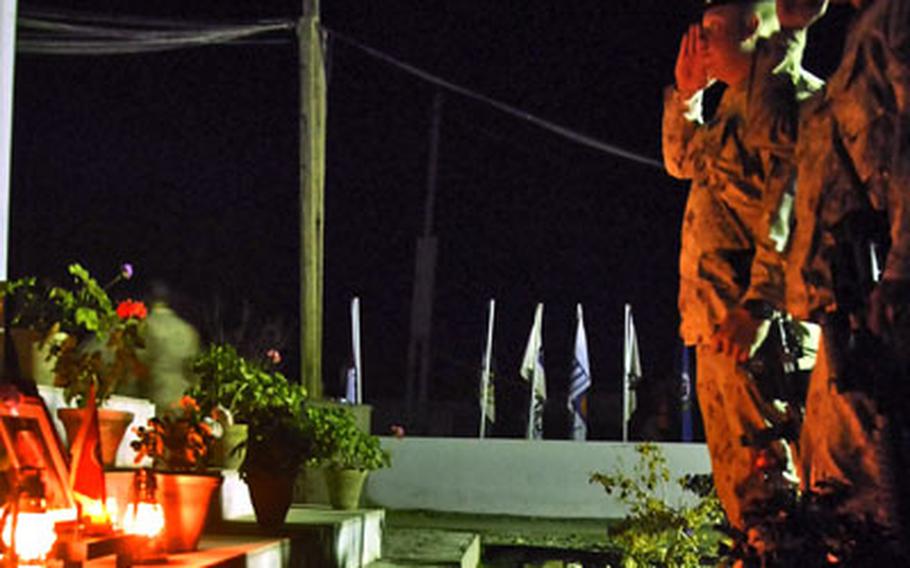 KANDAHAR, Afghanistan &#8212; A Canadian soldier and his Afghan counterpart were killed by a bomb near this southern city Wednesday.

The soldiers were on foot during a joint Afghan-Canadian Army patrol in the village of Nakhonay, 15 miles southwest of Kandahar, when they were mortally wounded by a buried bomb around 4 p.m. An Afghan translator also was injured.

Though the traditional fighting season in Afghanistan is during the summer months, roadside bombs targeting military vehicles and booby traps set for foot patrols have been an increasing problem for coalition forces, especially in the southern provinces of Kandahar and Helmand. Improvised explosive devices, or IEDs, have been the biggest killer of coalition forces in Afghanistan.

Canadian soldiers have seen heavy fighting in the south, the Taliban&#8217;s spiritual homeland, as they work to clear areas long held by insurgents. Coalition forces have been increasing their focus on joint patrols with Afghan Army and National Police units in line with Gen. Stanley McChrystal&#8217;s strategy to put more emphasis on training and mentorship of Afghan security forces. McChrystal heads the U.S. and NATO missions in Afghanistan.

Nuttall was the 134th Canadian soldier killed in Afghanistan.