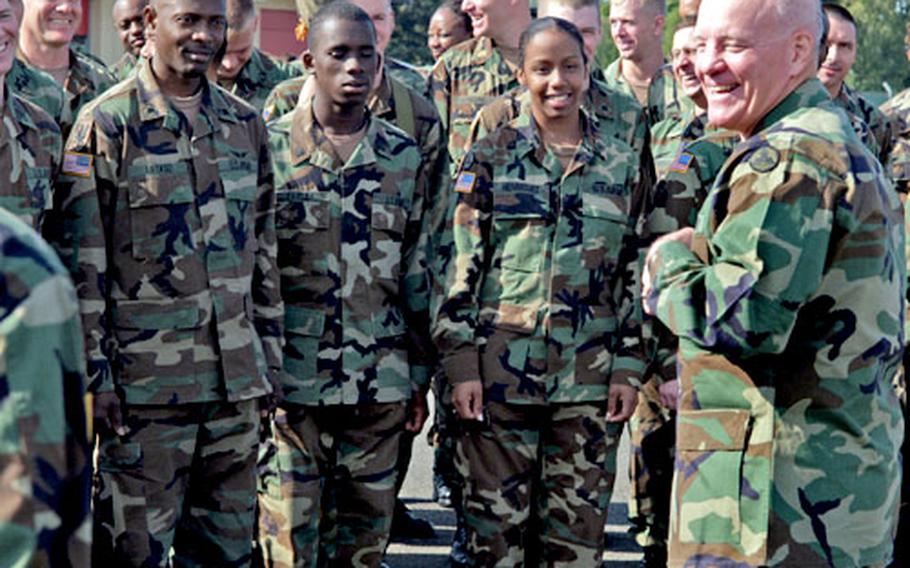 Just about every morning, for weeks and months on end, Army Brig. Gen. Vincent Boles would watch his charges check their rigs before heading out the gate for another round of supply runs across Iraq.

For Boles, the recurring scene serves as an enduring memory of his seven-month tour in Iraq as commander of the 3rd Corps Support Command.

&#8220;The thing that hit me every day was watching soldiers button their chin straps and go out every day to face an enemy determined to thwart them,&#8221; Boles said Thursday in an interview just before he relinquished command.

Now it&#8217;s Boles&#8217; time to hit the road, a journey that is taking him from Wiesbaden, Germany, where the 3rd COSCOM is based, to the U.S. Army Ordnance Center and Schools, headquartered at Aberdeen Proving Grounds, Md. Boles, 49, will serve as the commandant of the center and schools.

During the yearlong deployment, members of the logistics unit logged more than 25 million miles, hauling water, fuel, food, clothes, spare parts, ammunition and scores of other items needed to sustain the war and post-war effort in Iraq, according to the command.

Sometimes the &#8220;fight&#8221; found the command, too. It lost 18 soldiers, seven to hostile fire, Boles said. More than 180 troops suffered injuries that qualified them for the Purple Heart.

As Boles reflected on the unit&#8217;s accomplishments in Kuwait and Iraq, he said it&#8217;s amazing how much his soldiers did, from the thousands of supply runs to various humanitarian projects. And he thanked the families for holding down the fort, making his soldiers feel right and an integral part of the fight.