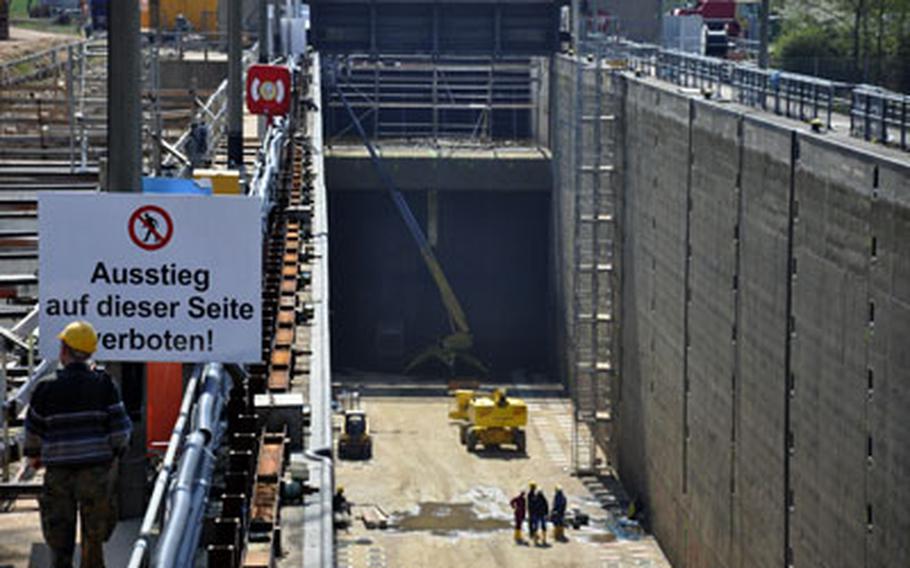 Buy Photo
German workers found the remains of a U.S. soldier in the bottom of this dry lock on the Main-Danau canal in Bamberg, Germany, last week. The body was identified as Spc. Nikson Joseph Audry, assigned to Company A, 173rd Brigade Support Battalion, 173rd Airborne Brigade Combat Team. Audry had been reported missing from his unit in October 2008. (Dan Blottenberger/Stars and Stripes)

BAMBERG, Germany &#8212; U.S. Army officials have identified the soldier whose body was pulled from the bottom of a river lock in Bamberg last week, nearly two years after he was reported missing.

The exact cause or any other details surrounding Audry&#8217;s death were not certain, but Meyers said he suspected the soldier had drowned.

The Army has yet to get autopsy results, Meyers said.

Jakob Kolbersberger, who manages the work site, said the workers had been cleaning large, grated drainage holes in the bottom of the lock when they found the remains.

Audry is survived by his wife and 10-year-old daughter, according to Meyers. The Army took a week to release Audry&#8217;s identity because they had difficulty finding his next of kin, officials said.