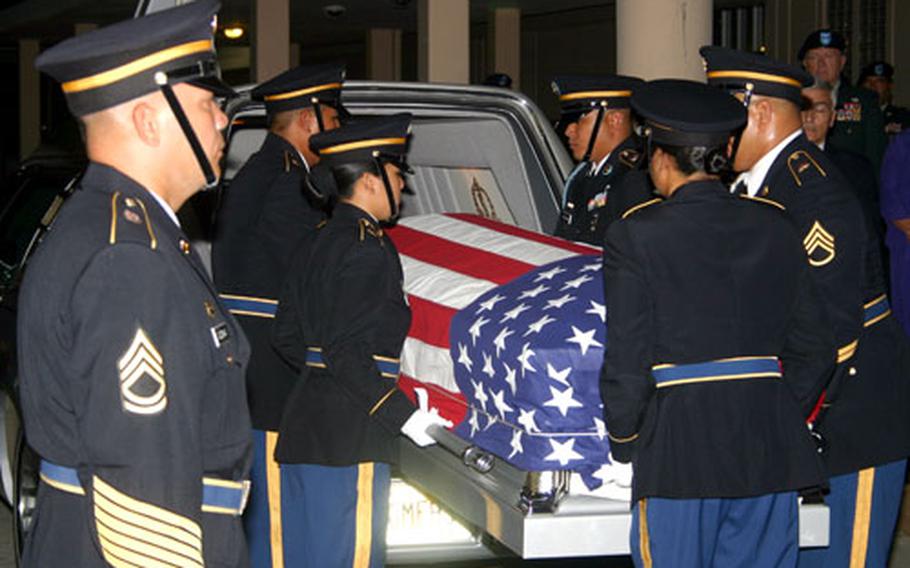 An honor guard removes the the casket containing the body of Guam Army National Guard member Sgt. Gregory Fejeran from the hearse during an early-morning welcoming ceremony at the A. B. Won Pat Guam International Airport on Saturday. (Frank Whitman / Special to S&S)

An honor guard removes the the casket containing the body of Guam Army National Guard member Sgt. Gregory Fejeran from the hearse during an early-morning welcoming ceremony at the A. B. Won Pat Guam International Airport on Saturday. (Frank Whitman / Special to S&S) 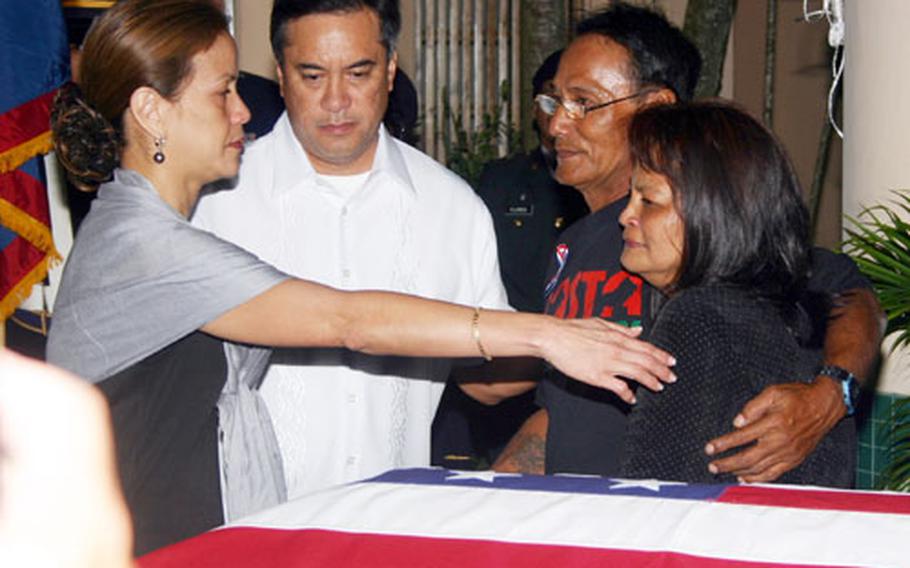 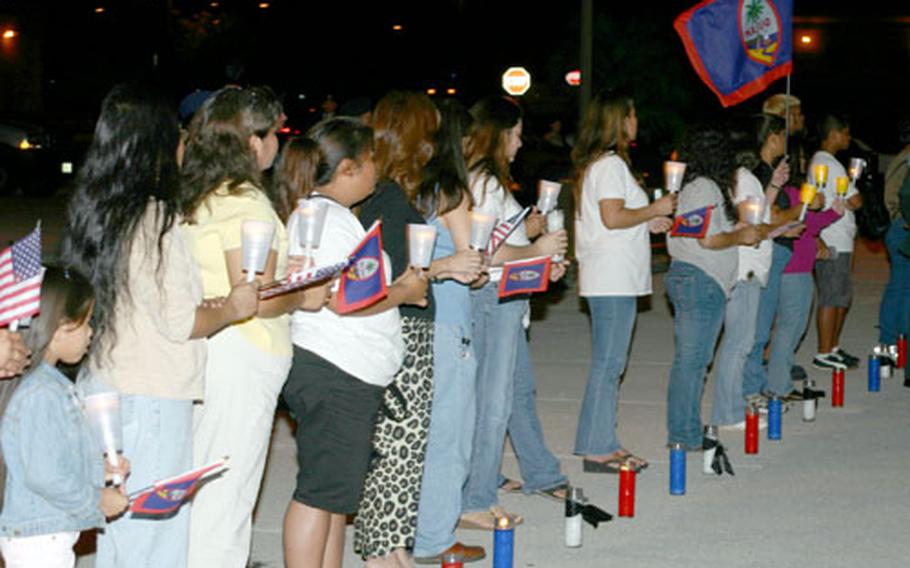 The flag-draped caskets containing the bodies of two members of the Guam Army National Guard arrived on Guam early Saturday. The soldiers were killed in a vehicle accident while deployed to the Horn of Africa.

Following the ceremony, two police-escorted motorcade processions led family and friends to the Guam National Guard Readiness Center, where they were welcomed by members of the Guard and the Family Readiness Groups.

Fejeran and Fernandez were part of Charlie Company, 1st Battalion, 294th Infantry, the third unit from Guam to deploy to the Horn of Africa in support of Operation Enduring Freedom.

On March 6, the two were part of an Army force protection team that was traveling between Dire Dawa and Addis Ababa when their government sport utility vehicle rolled over, according to a release from the Guam National Guard. A third soldier from Guam, Sgt. Robert Balajadia, was injured in the accident and remains under care at Landstuhl Regional Medical Center in Germany.

Friday night, Joseph Fernandez remembered his son, Christopher, as enjoying sports, fishing, surfing and barbecuing at the beach with his friends.

When Christopher left for Africa, his father told him to call home when he got there.

Fernandez was the fifth of seven children. His younger sister, Stephanie, stayed in touch with him on a Guam My- Space-like Web site.

His mother, Marie Fernandez, said that the family had recently sent him a package with some of his favorite foods including M&Ms and Cocoa Pebbles. &#8220;He always liked to joke around,&#8221; she remembered.

Charlie Company deployed in February 2006 and is to return in May. The unit&#8217;s Delta Company is in Hawaii training to replace Charlie Company in the Horn of Africa.

Fejeran&#8217;s funeral is to be held Tuesday and Fernandez&#8217;s on Saturday. In the meantime, both families are holding evening rosary services at their homes, in keeping with Chamorro custom.