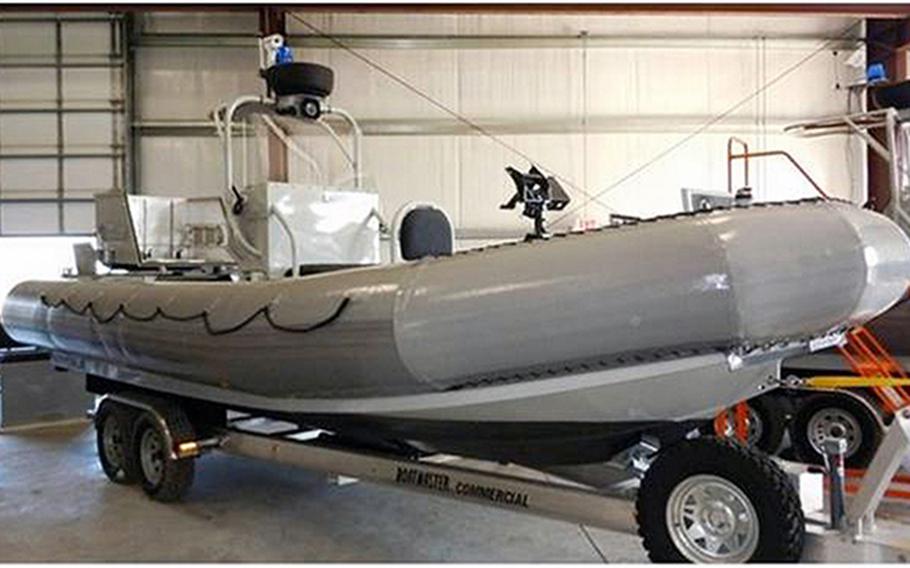 Eight patrol boats like the one pictured were purchased for the Afghan government four years by the U.S. at a cost of about $3 million, and sit in a warehouse in Virginia, according to a watchdog group that monitors U.S. expenditures in Afghanistan. (Special Inspector General for Afghanistan Reconstruction)

WASHINGTON — Eight patrol boats purchased for the Afghan government four years ago are marooned in a warehouse in Virginia, according to the Special Inspector General for Afghanistan Reconstruction, a watchdog group that monitors U.S. government expenditures.

The vessels, intended for the Afghan National Police, cost American taxpayers about $3 million. But their delivery was canceled without explanation in July 2011, nine months after they were ordered. They sit unused in a Navy warehouse at Naval Weapons Station, Yorktown, Va., according to SIGAR.

Afghanistan is a land-locked country in Central Asia, but does share a long river — the Amu Darya — with Uzbekistan. Plans called for the ANP to use the eight rigid-hulled inflatable boats to patrol the waterway.

The U.S. military’s record-keeping in this affair was found to be shoddy by SIGAR. In response to a SIGAR inquiry, Combined Security Transition Command-Afghanistan was unable find the following records:

A concept of operations for employment of the boats was developed. Whether a feasibility review of the operational requirement was conducted. Documentation that the operational requirement was approved in 2010. Justification for including these boats on the list of the ANP’s organizational needs in 2010. The extent of involvement, if any, of the Afghan Ministry of Interior in the procurement process and the decision to cancel the delivery. The reasons and justification for canceling the delivery. “The list of unanswered questions is particularly troubling given the fact — which CSTC-A acknowledges — that this program had been an important national security priority for the Afghan National Security Forces prior to its cancellation,” SIGAR wrote in a June 6 letter to commanders in Afghanistan.

“It is not clear, given the documentation at hand, that proper procedures to halt production and delivery of the boats were followed, but I have no evidence that CSTC-A’s Security Assistance Office predecessors did not follow procedures,” he wrote in a memorandum dated May 25.

The eight unused vessels will remain at Yorktown until the Navy decides what to do with them, according to CSTC-A.