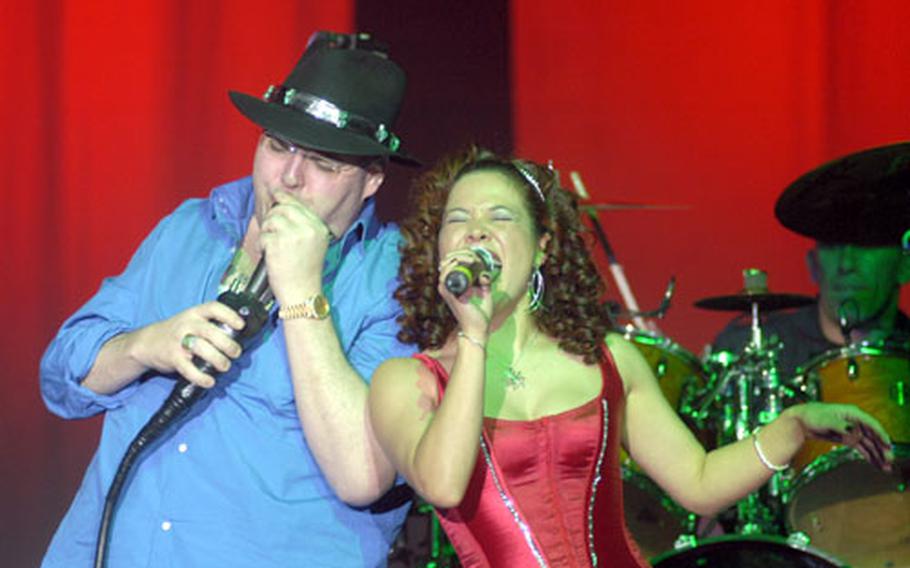 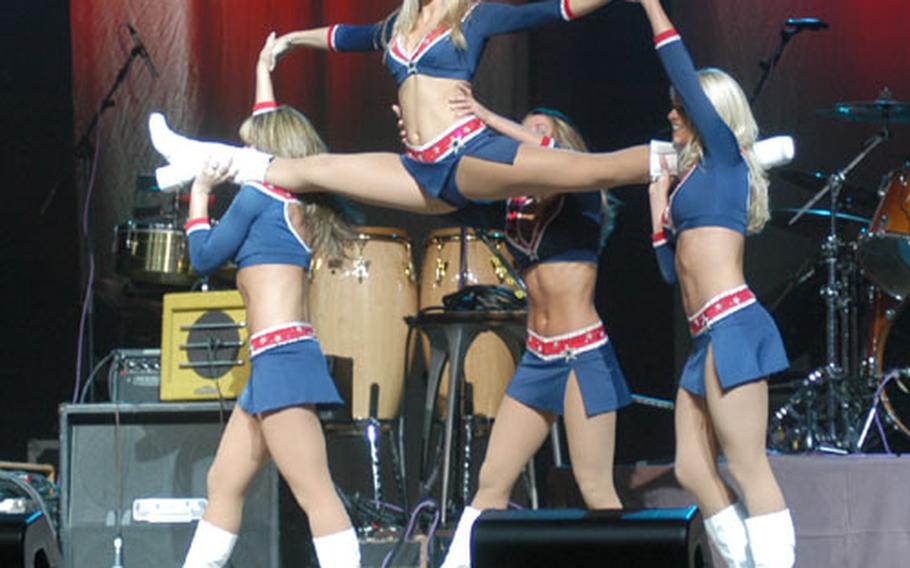 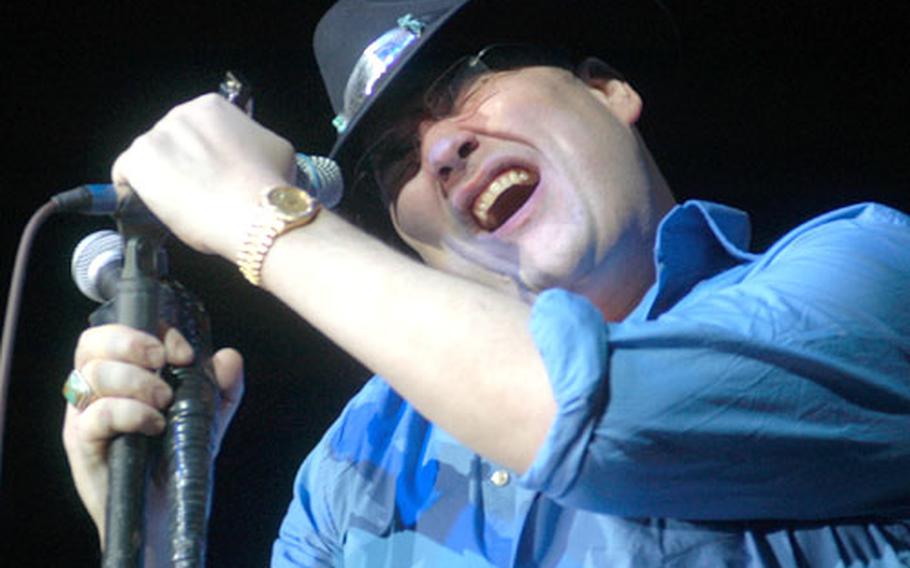 RAMSTEN AIR BASE, Germany &#8212; There are few situations that drive an airman to volunteer to be dressed as a woman and made to dance in public.

But members of the New England Patriots cheerleading squad at Ramstein Air Base on Friday night had little trouble recruiting volunteers to join them on stage, where the airmen donned wigs and makeup and shook their pompoms in the spotlight.

The gag was part of Operation Season&#8217;s Greetings, a music and entertainment show currently touring air bases around Europe with an Air Force Reserve and U.S. Air Forces in Europe band and the five-man rock group Blues Traveler.

Sponsored by USAFE and the Air Force Reserve, the free concerts have been supplemented by daytime appearances by Blues Traveler and the cheerleaders, who have signed autographs and mingled with troops at bases in the Azores and Turkey before moving on to Germany.

Band members agreed that, while they enjoy being able to play the concerts, their real gratification comes from being able to meet with military members and their families.

Though the constant string of daily appearances make for a &#8220;physically exhausting&#8221; two-week schedule, Popper said, the interaction allows him to do more of what he said is the highlight of the tour: &#8220;Getting to look some kid in the eye and thank them.&#8221;

Friday&#8217;s show opened with a performance by a combined Air Force Reserve and USAFE Band, which warmed up the crowd with a mix of rock, country and Christmas songs.

The cheerleaders then took over, performing several dance routines with assistance from the crowd, followed by Blues Traveler, who closed the show with an hour-long performance.

After Friday&#8217;s show in Ramstein and one in Spangdahlem on Saturday, Operation Season&#8217;s Greetings was to travel to Menwith Hill Station and RAF Mildenhall in England for shows Monday and Tuesday before wrapping up the tour at Naval Air Station Keflavik, Iceland, on Thursday.