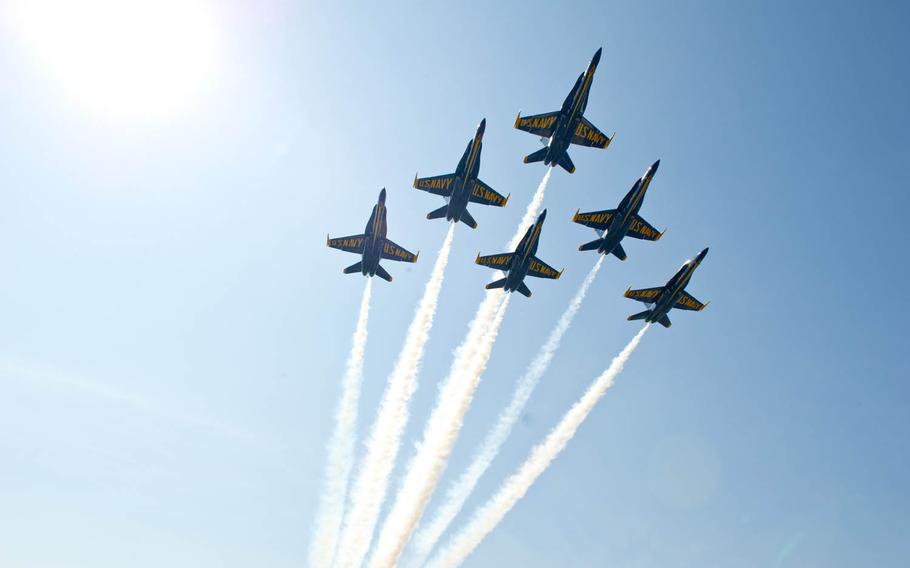 The Blue Angels fly in formation over the U.S. Naval Academy on graduation day in May. The elite flying demonstration squadron announced new officers, including three F/A-18 pilots, for the 2017 air show season. (Andrea Perez/U.S. Navy)

Three Navy F/A-18 pilots, a Marine KC-130 aviator and other officers have been chosen to join the elite Blue Angels flight demonstration team for next year’s air show season.

“It is such a privilege to have so many talented officers apply to be part of the Blue Angels tradition of showcasing the Navy and Marine Corps to the American public,” Cmdr. Ryan Bernacchi, the squadron’s flight leader and commanding officer, said in a Navy statement. “I am inspired by all of those who applied this year, and we have an exceptional group to add to next year’s team.”

Tragedy struck the squadron on June 2, when Capt. Jeff Kuss was killed during a Blue Angels practice flight in Tennessee. The Navy is still investigating the crash, but amateur video shows the plane freefalling shortly after takeoff.

The Blue Angels returned to the sky a month later with a modified five-jet show for Fourth of July celebrations in Traverse City, Mich.