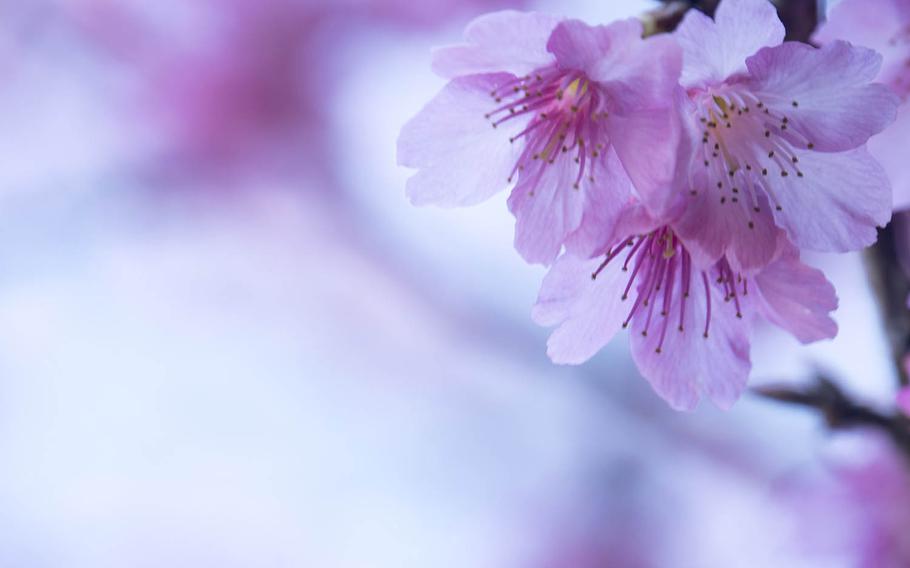 Buy Photo
The Japan Meteorological Corporation said most cherry tree blooms would begin appearing in the southern parts of mainland Japan Tuesday, March 20, 2018, and in the north by April 30. (Stars and Stripes file photo)

Buy Photo
The Japan Meteorological Corporation said most cherry tree blooms would begin appearing in the southern parts of mainland Japan Tuesday, March 20, 2018, and in the north by April 30. (Stars and Stripes file photo) 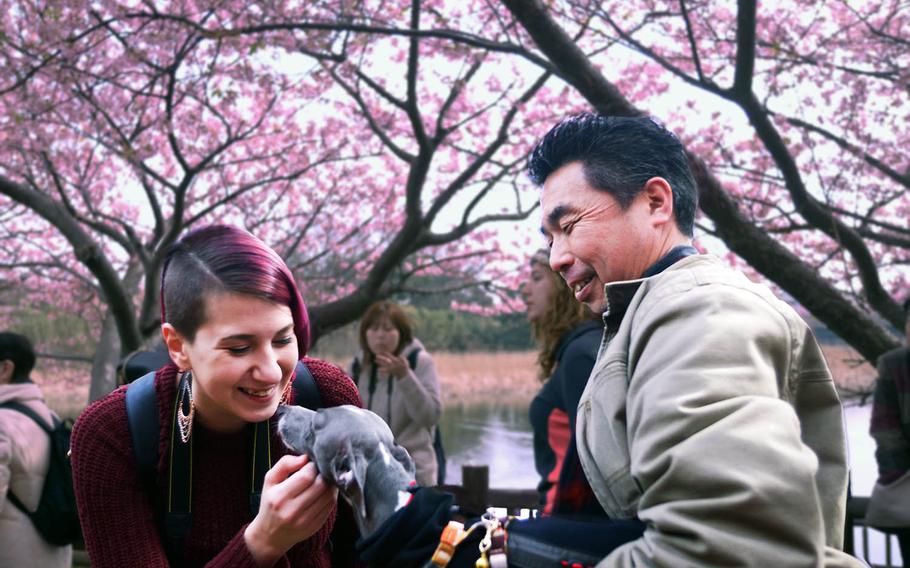 YOKOSUKA NAVAL BASE, Japan — With the first day of spring upon us, pink blossoms are beginning to dot the limbs of Japanese cherry trees across their native land.

The beloved blooms are also opening halfway across the world in Washington, D.C., where the flowers serve as a reminder of the history and alliance between the United States and Japan.

More than 100 years ago, Japan sent more than 3,000 Japanese cherry trees to Washington. The first two — planted in 1912 by first lady Helen Herron Taft and Viscountess Iwa Chinda at the Tidal Basin — still stand today, according to the National Parks Service.

As the trees grew in popularity, admirers threw festivals and pageants in their honor.

In 1965, the Japanese government presented its former World War II foe with another 3,800 trees that were planted near the Washington Monument.

“The gift from Japan in 1912 of these 3,000 trees has taken root in America and the years of tender care by Americans have made the trees strong,” said Takehiro Shimada, minister for communications and cultural affairs at the Embassy of Japan in Washington.

In 1982, that symbol grew even greater meaning. After flooding in Japan destroyed hundreds of the country’s native trees, horticulturists took about 800 cuttings from the Washington trees to Japan as replacements.

“Whenever I visit the Tidal Basin when the cherry blossoms are in full bloom I am moved by the quietness of the thousands who are taking in their beauty,” he said. “There is a unique peacefulness among the crowds that accentuates their symbolism of friendship and reconciliation and represents the unique relationship and alliance between our two countries.”

This relationship is one of the more strategically important alliances the U.S. has in the Pacific, Roughead said.

“Historically, and now, the U.S.-Japan alliance is the extraordinarily unique partnership that underpins peace and security in Northeast Asia and, importantly, in the broader Indo-Pacific region,” he said.

During a recent outing to see some of the season’s first cherry blossoms in Japan, Yokosuka military spouses spoke about what the trees mean to them.

“It’s such a great symbol of not only our friendship, but also our alliance and for us to be welcomed over here by so many,” said April Wilhelm, whose husband serves aboard the USS Ronald Reagan. “I know that if I ever have an issue and I live out in town, I know I have friends everywhere because of our alliance.”

Sarah Peets — wife of an electronics technician on shore duty at Yokosuka — said Japan’s cherry blossoms remind her of her childhood in northern Virginia. She grew up watching the trees bloom in and around Washington, D.C.

“I think that’s wonderful not only from a geopolitical standpoint, but also from an ecological standpoint because we helped back,” she said. “I think it’s really cool how the U.S. and Japan have helped each other out multiple times since all the wars that have happened.”

The annual National Cherry Blossom Festival kicks off in Washington Tuesday and will continue through April 15. The National Park Service predicted peek bloom would take place this week.

The Japan Meteorological Corporation forecasts most blooms would begin appearing in the southern parts of mainland Japan Tuesday and in the north by April 30.

“They are a perfect metaphor for the strong bond between our two nations,” Shimada said. “Each spring, there is a sense of renewal. Our friendship is celebrated with the blossoms that bring people together.”