Blood donated at Iwakuni could save lives across Japan 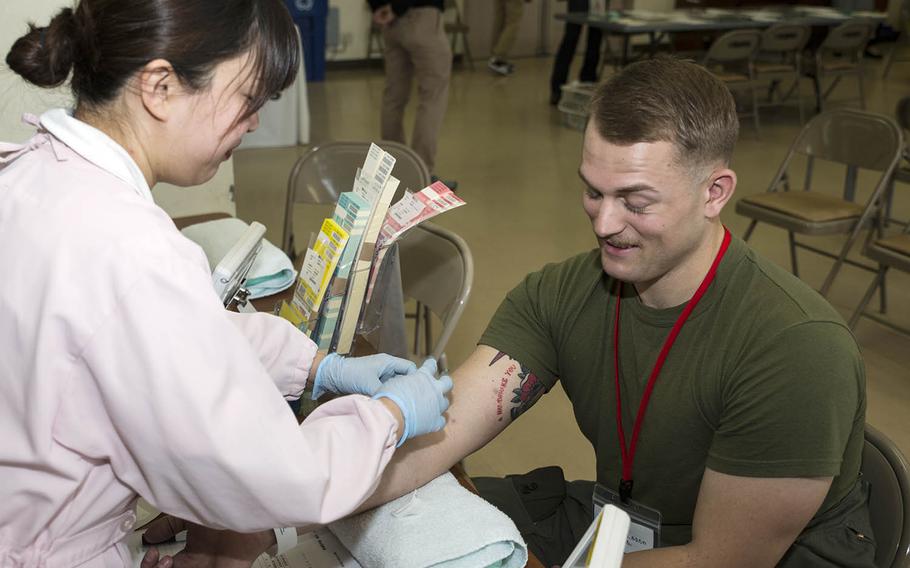 Fifteen servicemembers were among nearly 50 people, including American and Japanese base workers, who donated blood Tuesday at Iwakuni’s Marine Memorial Chapel.

The blood will be used to save lives in nine Japanese prefectures, said Hiroyuki Oshikawa, a mechanical engineer at the base who helps coordinated the drives.

The most likely recipients are local nationals but servicemembers at Iwakuni could also get some of the blood if they’re injured and treated at a local hospital, said Tammie Pech, an American Red Cross regional program manager.

One pint of blood can save up to three people. It’s a gift to anyone in need and a chance to give back to the community that supports the base, she said.

The American Red Cross isn’t allowed to accept blood donations in Japan, so the Iwakuni operation is run by the Japanese Red Cross and the blood is stored off base where it’s needed most, Pech said.