Black Hawks take off with 51 years of Stanley history 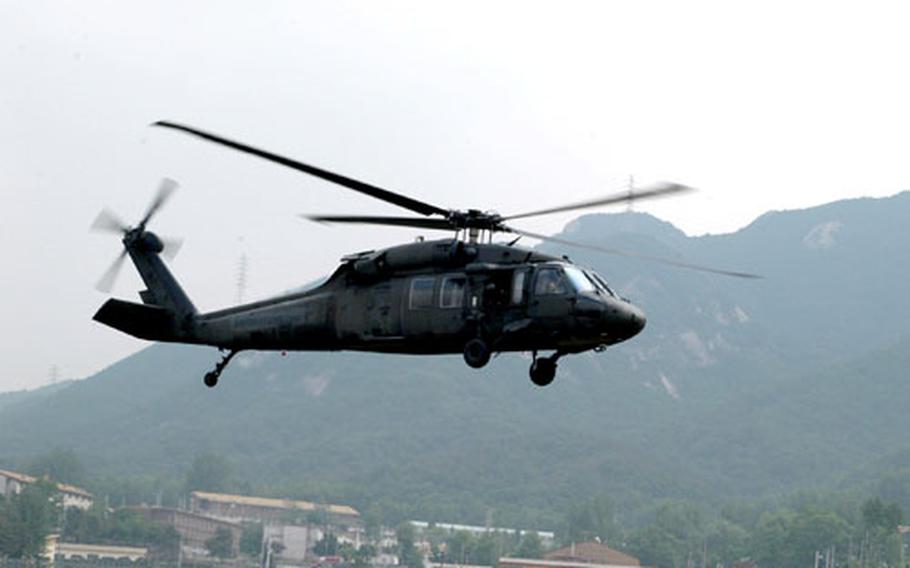 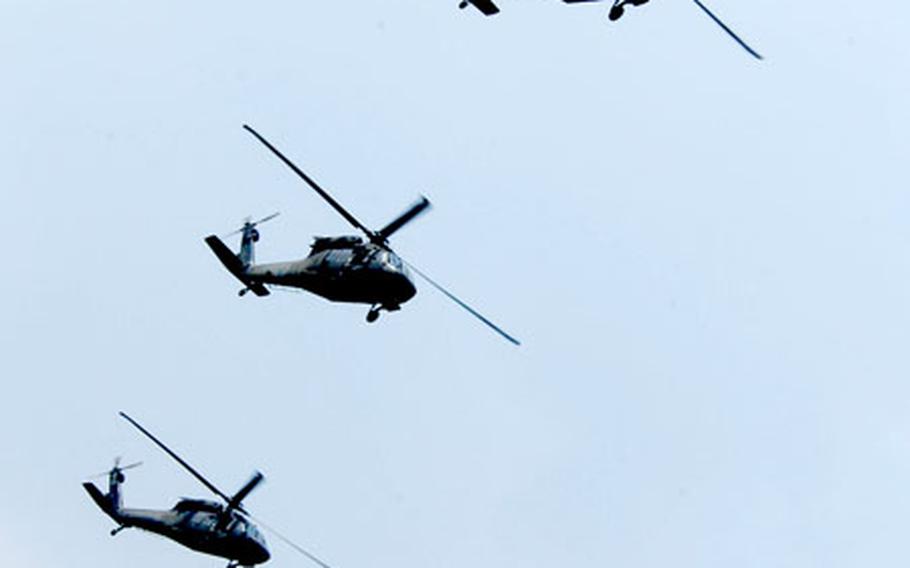 The last flight of 2nd Battalion, 2nd Aviation Regiment Black Hawks leaves Camp Stanley on Friday. The 2-2 is relocating to K-16 in Seoul. Stanley was left without Army helicopters for the first time since the U.S. moved to the base in 1954. (Set Robson / S&S)

Shortly before the flight of five helicopters, commander Lt. Col. Bob Quackenbush sat near the flight line clutching a notebook containing the 1954 photograph of the base showing a vintage H-21 helicopter in front of a barren hillside. The first U.S. Army helicopters moved to the base that year and aviation units had been there ever since, he said.

Camp Stanley will maintain a helipad and refueling station for helicopters that land there in future support of 2nd Infantry Division operations but no helicopters will be based there permanently, he said.

&#8220;I always thought Camp Stanley was one of the best-kept secrets in Korea. It is a simple life here but there is everything a soldier needs," he said.

The unit will remain 2nd Infantry Division&#8217;s air assault battalion under the new Multi Functional Aviation Battalion, to be created this month.

In April, 2-2 participated in the Joint Chiefs of Staff Air Assault exercise involving more than 70 South Korean and U.S. helicopters near Wonju.

Later this month the battalion will fly air assault missions with troops from the 82nd ROK Marine Battalion, he said.

Working with the South Korean troops was &#8220;rewarding and challenging&#8221; and the unit has worked hard to establish a good rapport with South Korean units and overcome language barriers, Quackenbush said.

The move to K-16 gives his soldiers more chances to learn about South Korean culture, he said.

&#8220;At Camp Stanley everybody lives on post. At K-16 almost all the officers and NCOs live off post,&#8221; said Quackenbush, who plans to make a half-hour daily commute from Yongsan Garrison, where his family lives.

Blackhawk crew chief Pfc. Michael Manwaring, 25, of Binghamton, N.Y., sweltered in body armor along with the rest of his crew while they waited for the last flight out of Camp Stanley.

After five months at Camp Stanley, Manwaring said he was looking forward to moving to the big city but disappointed that K-16 has no commissary.