Black beret is here to stay, says Sgt. Maj. of the Army 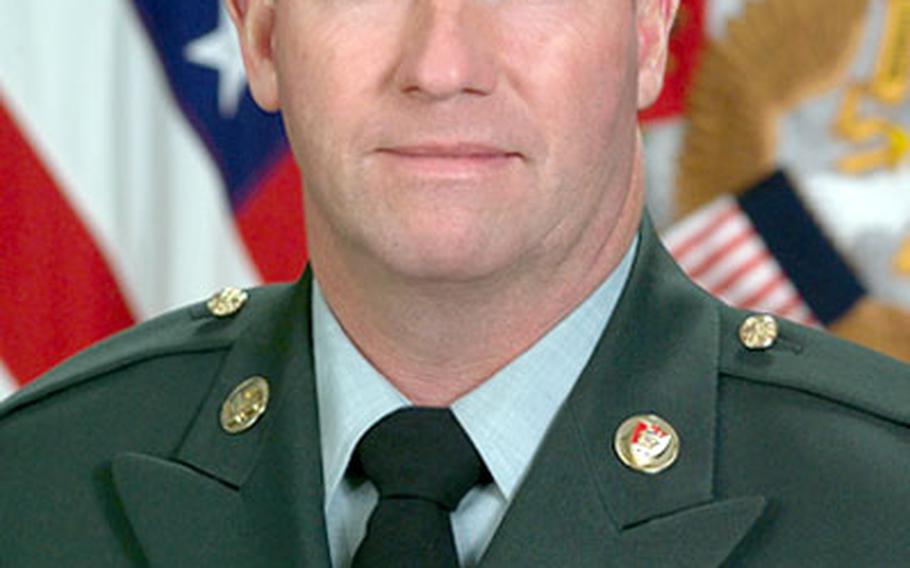 SEOUL &#8212; The Army&#8217;s black beret is not being phased out as the new combat uniforms hit the streets, according to Sgt. Maj. of the Army Kenneth O. Preston.

Preston, who joined U.S. Forces Korea Command Sgt. Maj. Barry Wheeler on a monthly call-in radio show on American Forces Network-Korea, dispelled the beret rumor while taking questions Wednesday. Preston is on the peninsula as part of a command visit.

He said the beret is &#8220;garrison headgear&#8221; and local commanders are empowered to decide whether it or the patrol cap will be part of the uniform of the day.

He said the new uniforms would be available here early in January.

He said soldiers he visited in Area I on Tuesday were eager to get into the new uniforms.

Wheeler, who said he thinks soldiers have become &#8220;a big fan&#8221; of the new uniforms, warned soldiers who have been ordering them via the Internet to use caution, however.

&#8220;Once again, be careful that you get the mil-specs (military specification) version and not something that&#8217;s offered at the lowest price,&#8221; he said.

Another initiative, he said, is to increase the size of the active-duty Army by 30,000 troops.

He said it&#8217;s a matter of making the best use of their assets, including the military-to-civilian conversion program.

Taking soldiers who serve in nondeployable garrison organizations and replacing them with civilians allows the Army to &#8220;regain and recoup those soldiers back into deployable units,&#8221; he said.