Black belt kicks his way through talent show, but falls to restrictions 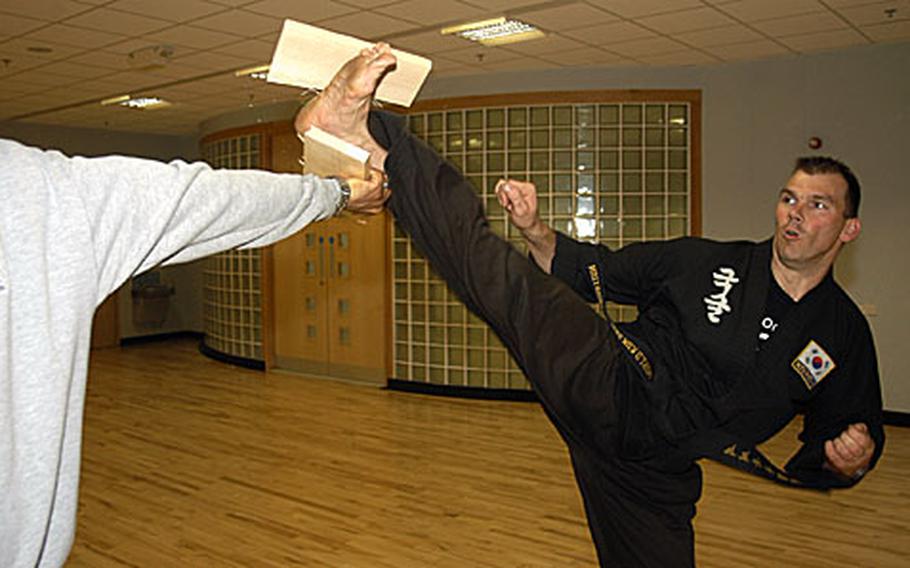 Martial arts expert and Lakenheath Fitness Center instructor Darrin Hart smashes a board in a demonstration of one of the skills he displayed on "Britain&#39;s Got Talent," a national talent contest. (Ben Murray / S&S)

Martial arts expert and Lakenheath Fitness Center instructor Darrin Hart smashes a board in a demonstration of one of the skills he displayed on "Britain&#39;s Got Talent," a national talent contest. (Ben Murray / S&S) 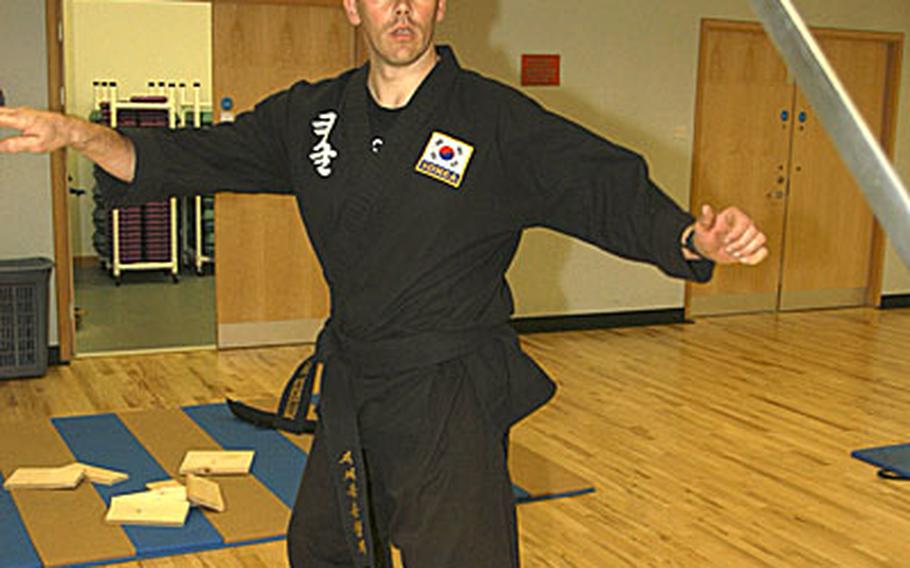 Hart prepares to kick an apple off the point of a sharpened sword at the fitness center recently. (Ben Murray / S&S) 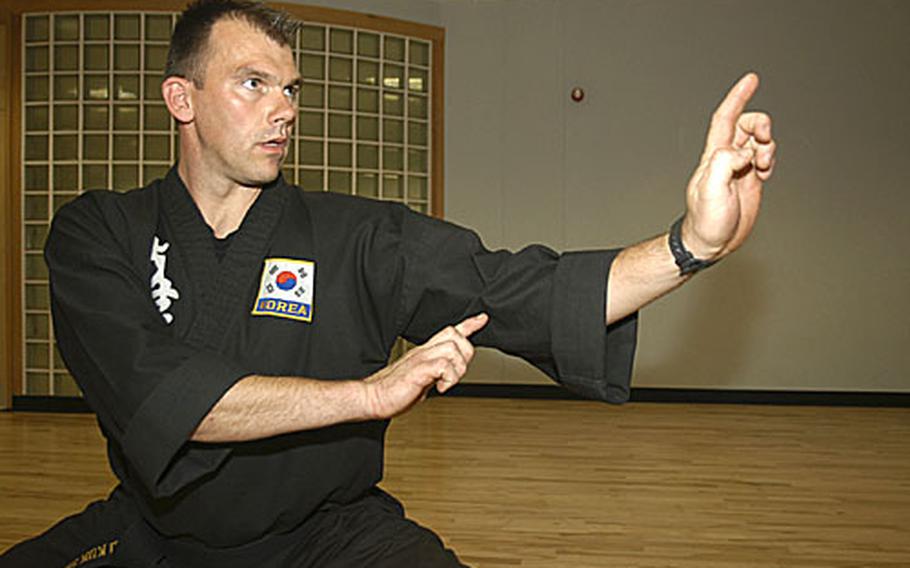 Half-inch-thick square boards, held in the hand of a willing assistant during the martial arts master&#8217;s demonstrations, are defenseless against him. He gives them a calculating look to judge their height and distance, spins quickly and POW! They are split in half and flying across the room.

Taped on a small, highly decorated sound stage, the talent show&#8217;s producers wouldn&#8217;t allow Hart to perform his most kinetic martial-arts skills, which include smashing wooden blocks and kicking an apple off the tip of a sword.

Britons with virtually any type of talent are able to try out for the show. When Hart&#8217;s wife heard about the casting late last year, she encouraged him to go for it, he said.

Hart definitely has a talent. In 2005, at age 34, he became the youngest person outside of the Korean peninsula to earn a fifth-degree black belt in Kuk Sool Won, earning him the title of master.

Now 35, Hart has won numerous United Kingdom, European and world titles in martial arts and wood-breaking, and teaches Kuk Sool Won to students at the RAF Lakenheath fitness center, something he has done since 1989.

Part of Hart&#8217;s skill set as a Kuk Sool Won master includes his ability to smash through wood blocks, perform lightning-quick high kicks and wield sparring weapons in fast, flashy displays. He took those talents to the show.

Hart tried to get onto the show as a contestant, but when producers saw his resume, they cast him instead as the &#8220;King of Pain&#8221; alongside the kings of skill and strength.

The restrictions on his displays stunted the power of the performance, he said, and judges told him he had limited appeal.

To join one of Hart&#8217;s classes, which run Tuesday, Friday and Sunday nights for adults and kids ages 5 and older, contact the RAF Lakenheath fitness center.