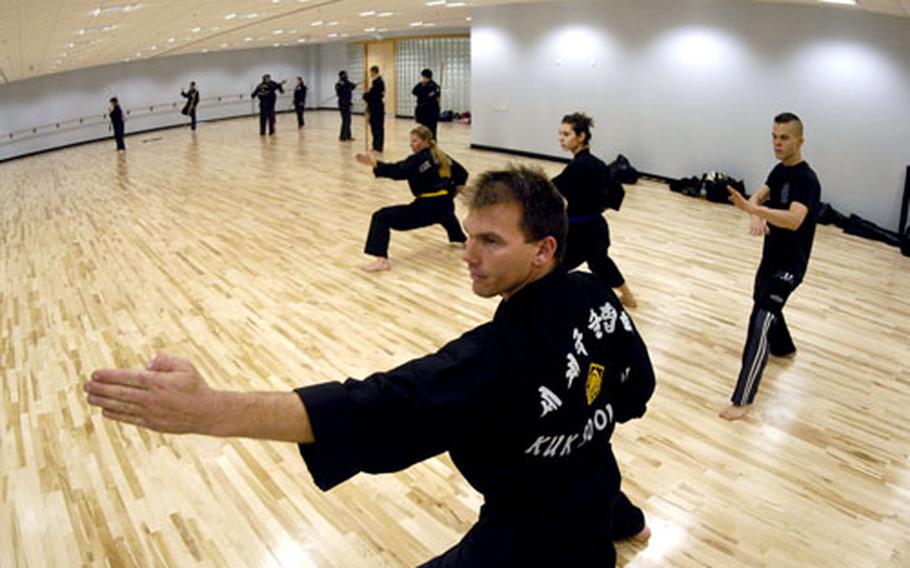 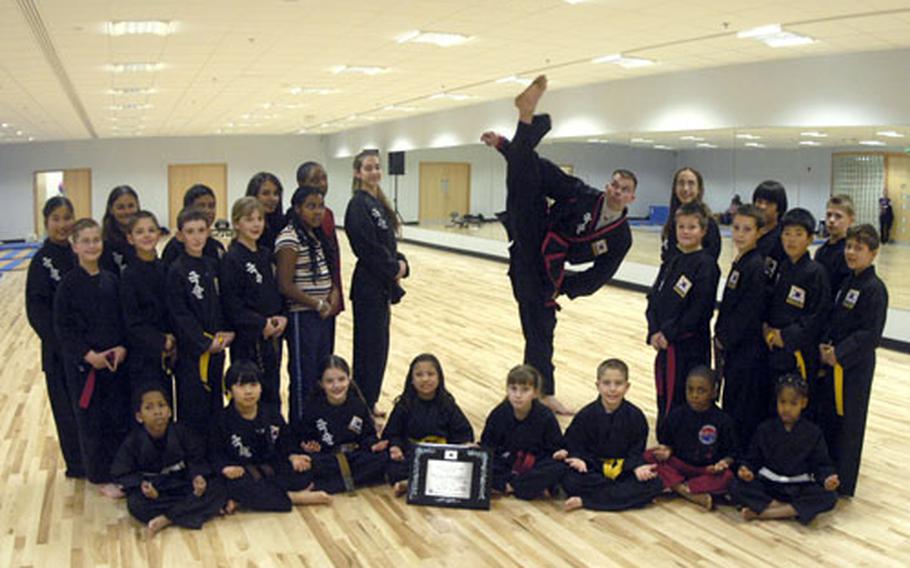 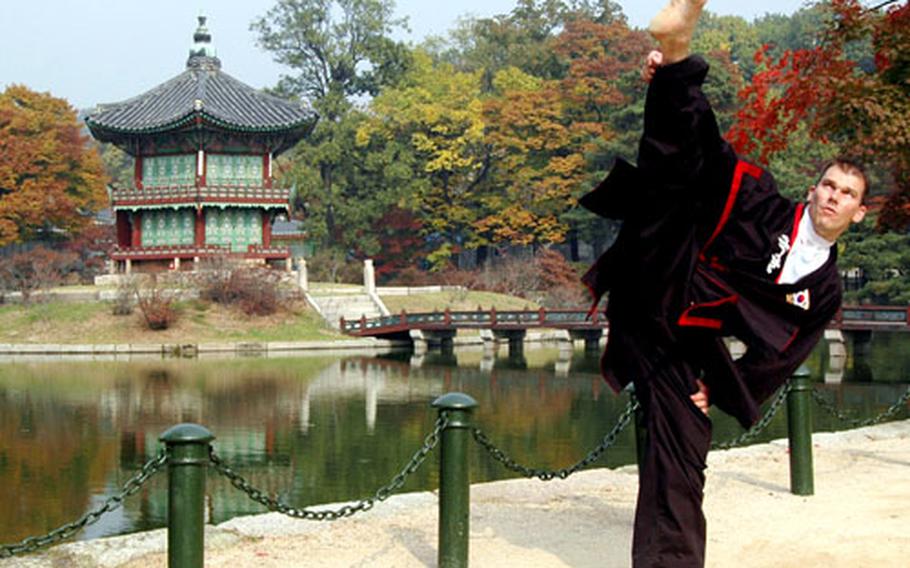 Darren Hart kicks outside of a Korean temple in October. Hart was in Korea to receive his Kuk Sool Won black belt master certification. (Courtesy of Darren Hart) 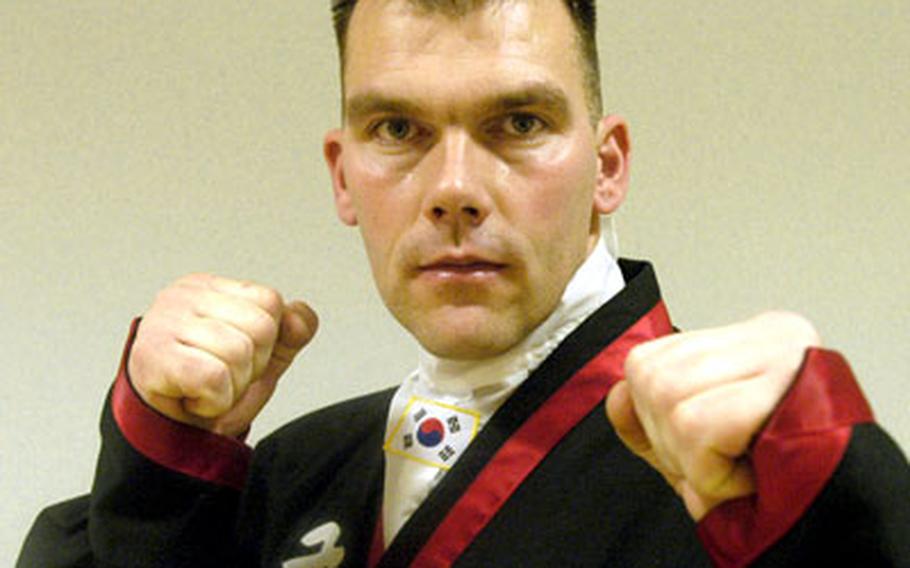 At 34, RAF Lakenheath fitness specialist Darren Hart has done something no one his age outside of the Korean Peninsula has done.

Hart was recently promoted to 5th degree black belt master in the martial art of Kuk Sool Won, the youngest master outside the practice&#8217;s birthplace.

Hart, who has been practicing the martial art since 1982, spent three years testing for the qualification in a series of six-hour tests every three months, culminating in a session working with monks in Korea.

There are only 38 other 5th level masters in the world, and only 16 masters between 6th and 10th level. Kuk Sool Won, which was officially founded by Grand Master In Hyuk Suh in 1961, is practiced by more than 7,000 people at 52 schools in the United Kingdom. There also are dozens of schools teaching Kuk Sool Won in the U.S., according to the association&#8217;s Web site.

Hart started teaching the martial art in 1985 and is a five-time Kuk Sool Won world champion.

Kuk Sool Won incorporates everything from defensive techniques to traditional Korean weapons training and even martial arts healing, breathing and meditation techniques. Hart teaches the martial art to about 75 adults and children at the Lakenheath gym.

As part of his promotion to master, Hart said, he was selected as the grand master&#8217;s representative in Europe. He&#8217;ll be touring with In Hyuk during visits to schools, advising him about its strengths or weaknesses.

Lakenheath&#8217;s school, said 3rd Degree Black Belt Scott Slack, is one of the country&#8217;s strongest schools, despite a population that transfers in or out every few years.

The school&#8217;s success may be from a wider awareness of various martial arts by the Americans, he said.

Student Russ Lichtenberger, a chief master sergeant with the 48th Civil Engineering Squadron, has been working with Hart for about 2&#189; years. Lichtenberger and his teenage son and daughter took Tae Kwon Do before moving to Lakenheath.

Moving into Kuk Sool Won was relatively easy, he said.

Working with Hart at Lakenheath is beneficial for his physical fitness and his family, he said.

All three recently took their test for 1st degree black belt, but their results weren&#8217;t available by press time.

During a recent evening training session, about two dozen students practiced. More than half were women.

That confidence doesn&#8217;t stop for many when they transfer, Hart said. Of the 81 students who have achieved the black belt ranking with Hart, 18 have started their own schools after leaving Lakenheath.

Are you tough enough?

Beginners should wear workout gear and don&#8217;t need to purchase a uniform until they decide to pursue Kuk Sool Won, Hart said. Uniforms are available at the RAF Mildenhall sports store.

Hart also said that Kuk Sool Won instruction is strictly regulated. Instructors teach the same techniques at all schools, and qualification standards are the same for a black belt at a British school as they would be at a school anywhere in the world.