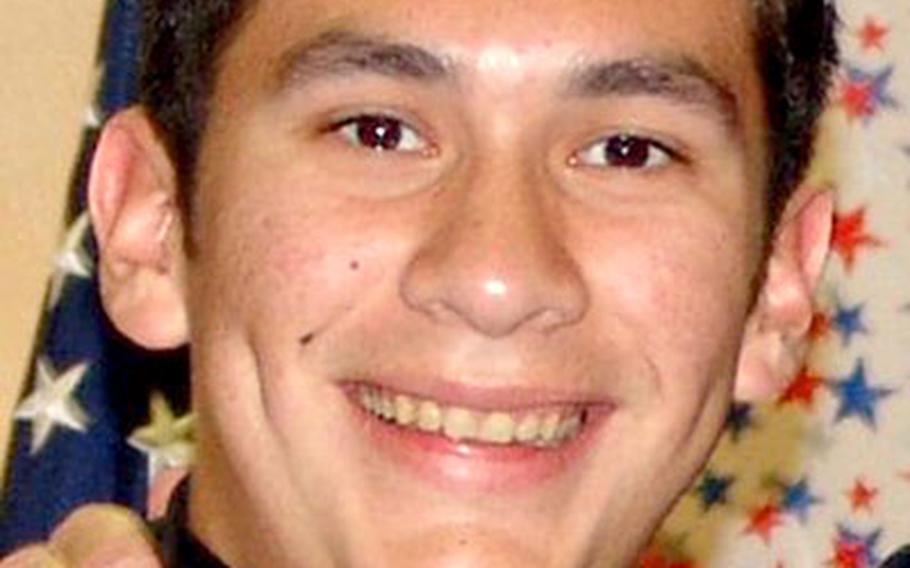 Jose Tovar, a 17-year-old senior from Bitburg High School in Germany, is the 2005 U.S. Air Forces in Europe Youth of the Year. (Courtesy photo)

Jose Tovar, a 17-year-old senior from Bitburg High School in Germany, is the 2005 U.S. Air Forces in Europe Youth of the Year.

Tovar, who was also named the European Youth of the Year, will be awarded a $3,000 college scholarship and will compete for the Boys & Girls Clubs of America Northeast Regional Youth of the Year in New York City this month, according to an Air Force press release.

Tovar was selected from 13 candidates for his community service to the Spangdahlem Air Base area, academic achievements and &#8220;moral, ethical and family values,&#8221; the release said.

His parents, Jose and Elsa Tovar, both work for the Defense Department schools system.

The Youth of the Year title is just one of many honors Tovar has received this year.

He was the sole Department of Defense Dependents Schools student chosen as a 2004-2005 Coca-Cola Scholar.

In June, he received a congressional award for community service and personal development. The Congressional Award program presented him a gold medal &#8212; the highest honor bestowed upon young people by the U.S. Congress.

Tovar helped organize a teddy bear collection for schoolchildren in New York City who were traumatized by the Sept. 11, 2001, terror attacks. He also collected care packages for injured soldiers at Landstuhl Regional Medical Center in Germany.