Bin Laden bodyguard to be transferred from Guantanamo 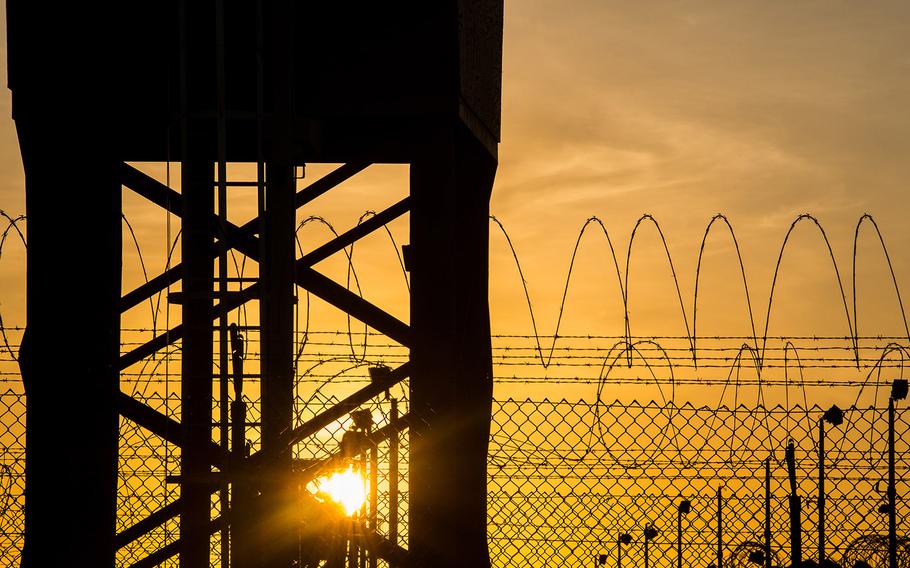 The U.S. has transferred one of Osama Bin Laden’s former bodyguards from its Gauntanamo Bay detention facility to the government of Montenegro, the Department of Justice said Wednesday.

Rahabi, from Yemen, was captured in Pakistan in late 2001 after fighting U.S. troops in the Tora Bora mountains.

In March 2014, a review board declined to release him on the basis that he had “significant ties” to al-Qaida, was once selected for a hijacking plot and was related to another “possible extremist.” However, by December that year the board did a U-turn.

It ruled that it was no longer necessary to detain Al Rahabi under the law of war to protect against a continuing significant threat to the U.S., the department said in a statement.

The board, made up of representatives from the Departments of Defense, Homeland Security, Justice and State; the Joint Chiefs of Staff and the Office of the Director of National Intelligence, recommended Al Rahabi’s transfer, the statement said.

Other Yemeni detainees released from Guantanamo have been sent to third countries because of the war raging in their homeland, a hotbed of Islamic extremism.

“The United States is grateful to the government of Montenegro for its humanitarian gesture and willingness to support ongoing U.S. efforts to close the Guantanamo Bay detention facility,” the DoD statement said.

At one point, Guantanamo held nearly 800 detainees, but President Barack Obama has made closing the facility a top priority.

“For many years, it has been clear that the detention facility at Guantanamo Bay does not advance our national security — it undermines it,” Obama said in February. “It’s counterproductive to our fight against terrorists, who use it as propaganda in their efforts to recruit. It drains military resources, with nearly $450 million spent last year alone to keep it running and more than $200 million in additional costs needed to keep it open going forward. Guantanamo harms our partnerships with allies and other countries whose cooperation we need against terrorism.”