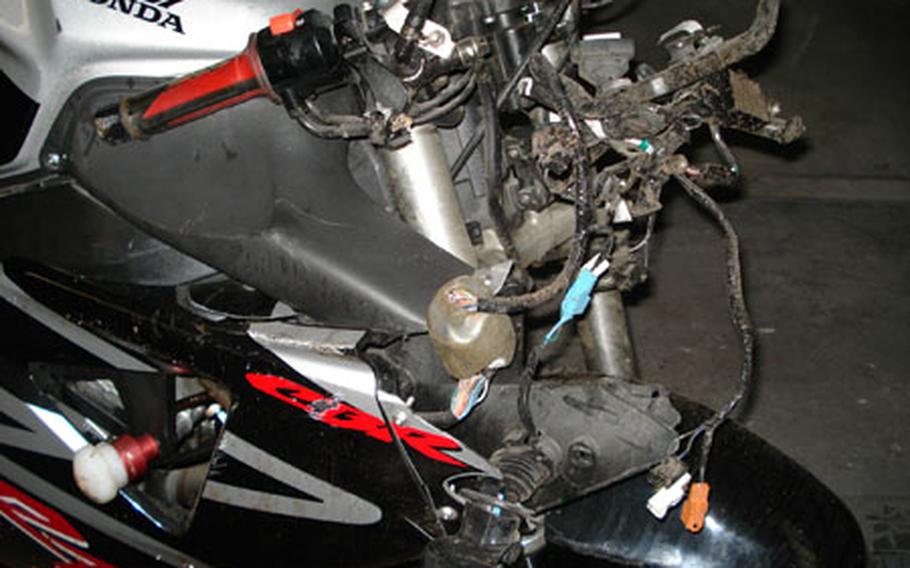 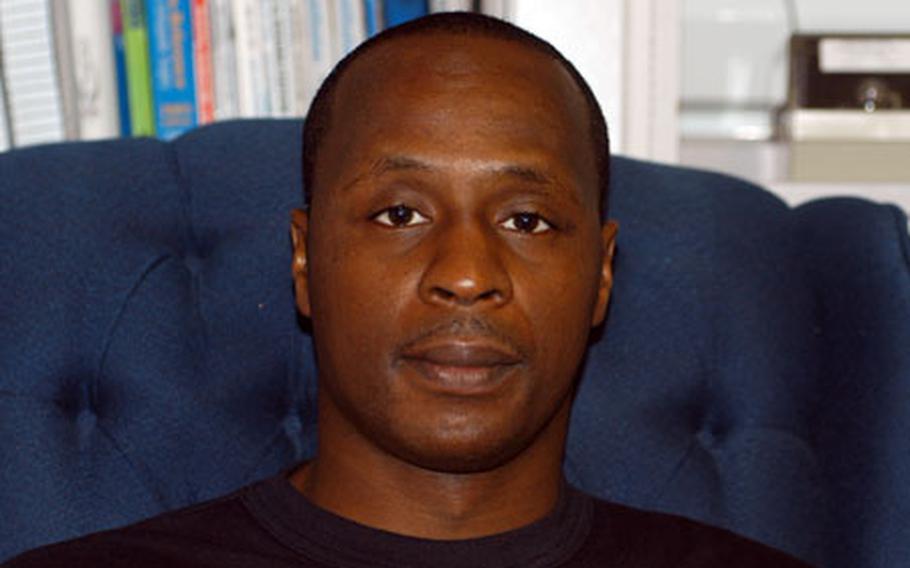 RAF LAKENHEATH &#8212; Staff Sgt. Kevin Louis Jones came within seconds of losing his life, but a series of fortunate circumstances allowed him to narrowly avoid a catastrophe.

&#8220;Granted, I had an accident, but it could have been much worse,&#8221; the 35-year-old noncommissioned officer said. &#8220;There was no metal guard rail where I went down, the ambulance depot was like 100 yards away, the cops were there lickety split, and when I got to base everyone knew I was coming and they took real good care of me.&#8221;

Jones&#8217; story began April 27 when he was riding his 2002 Honda CBR 954 motorcycle north on the A11 highway toward Mildenhall. A motorist pulled out of an exit without seeing Jones and forced the Detroit native to make evasive maneuvers to avoid hitting the car.

Jones, who has been riding motorcycles for five years, credits Air Force-sponsored motorcycle safety courses with saving his life.

He took the beginner&#8217;s course when he first started to ride in Aviano, Italy, and then graduated to the advanced course in San Antonio. He said the techniques he picked up at the advanced course most likely saved his life &#8212; or at least significantly reduced the extent of his injuries.

Despite his quick thinking and deft maneuvering of his motorcycle, Jones still suffered several broken bones and severe injuries to his face. Yet again, he credits a safety device with sparing him from worse.

In another twist of good fortune, one of Jones&#8217; colleagues at the RAF Lakenheath hospital happened upon the accident, and Dr. (Lt. Col.) Jeffrey Marchessault directed ambulance officials to take Jones to the on-base hospital.

Marchessault, an orthopedic surgeon with the 48th Medical Group, said it wasn&#8217;t the first time he&#8217;s lent a hand to British emergency responders.

Marchessault said Jones picked him out of the crowd and he appeared well enough to forgo a British emergency room.

&#8220;I felt after evaluating him that he was stable enough to come to Lakenheath, which is the exception rather than the rule,&#8221; he said. &#8220;He was lucid enough to pick me out of the crowd and call for me. And that started the whole thing.&#8221;

A Suffolk Constabulary spokeswoman said no one has been cited in connection with the accident, which remains under investigation.