Bigger corps won’t be sending most of its Marines overseas 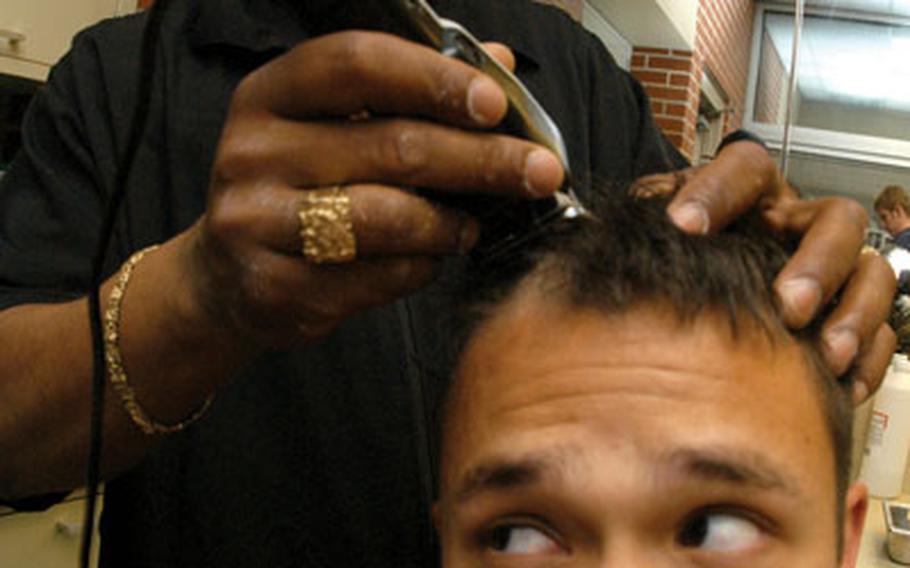 Recruit Christopher Cox, of Canton, Ga., winces as his hair is shaved away at the Recruit Processing Center. The Marine Corps has announced it will grow the size of its force over the next five years. (Brian Kester / Courtesy of U.S. Marine Corps)

ARLINGTON, Va. &#8212; The Marine Corps has no plans to permanently assign more Marines to Okinawa as part of its efforts to get bigger, a Corps official said Friday.

Corps officials briefed reporters Friday on how the Corps plans to grow from about 180,000 Marines now to 202,000 Marines by fiscal 2011.

Even though the Corps is growing, it has no plans to send more Marines to bases outside the United States, such as Okinawa, officials said.

The Corps also has no plans right now to retain more Marines by using the stop-loss program, which allows each branch of the service to involuntarily keep servicemembers in the military for deployments, officials said.

However, one official noted that the Corps&#8217; plans could change.

The Corps did institute a stop-loss order in January 2003 and announced it would lift the restrictions that May after having retained about 3,000 active-duty Marines and 443 reservists.

Defense Secretary Robert Gates recently instructed all branches of the service to reduce the use of the program.

Officials had no details about what new recruiting and retention incentives that the Corps plans to roll out over the next five years.

Last month, the Corps announced it was offering a bonus to entice Marines who have been off active duty for up to four years to return to the service.

Corps officials also stressed that the service would not lower standards for new recruits.