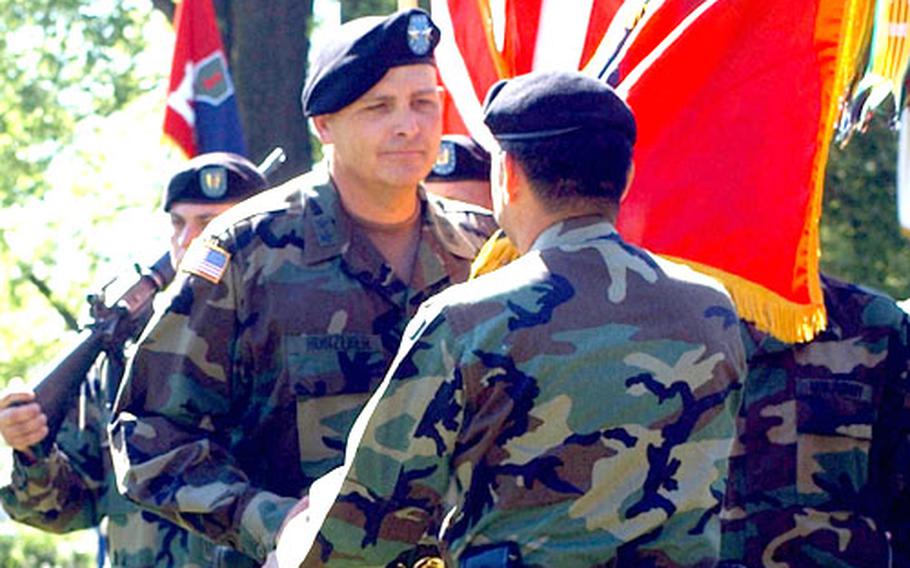 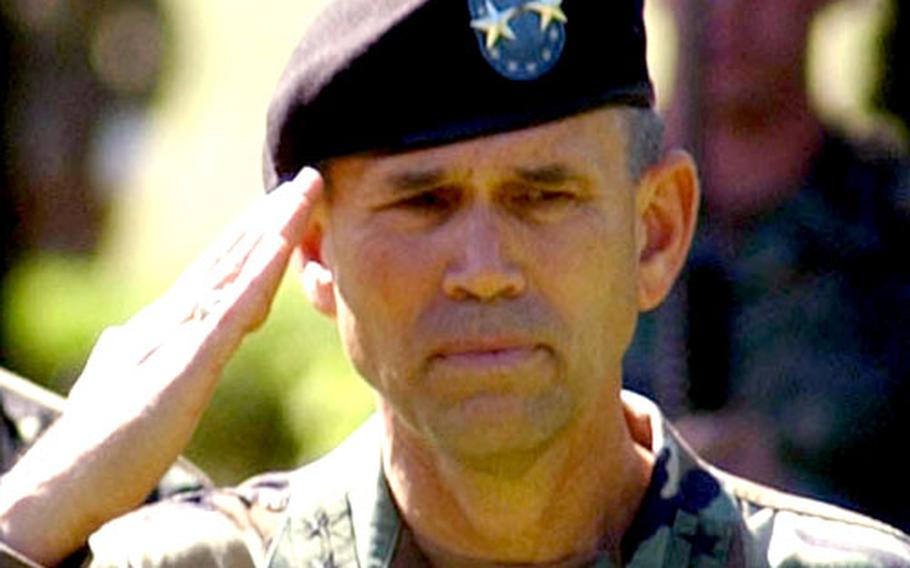 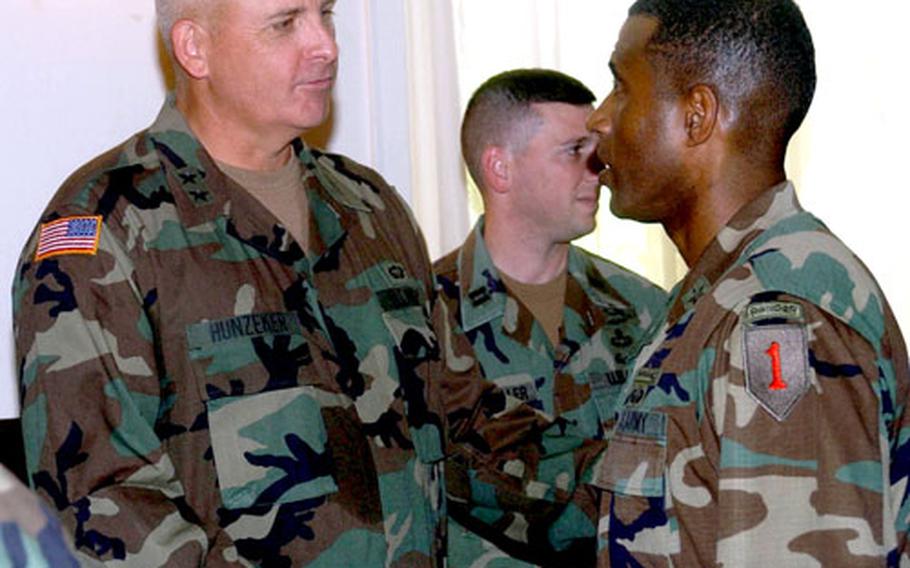 W&#252;RZBURG, Germany &#8212; Maj. Gen. John R.S. Batiste, who led the 1st Infantry Division through its yearlong deployment to Iraq, stepped down as the 60th commander of the Big Red One on Monday.

Batiste, who commanded the Germany-based division for the past three years, turned over the reins to Maj. Gen. Kenneth W. Hunzeker during a change of command ceremony at Leighton Barracks.

&#8220;We are surrounded by great soldiers, men and women, who are very competent at what they do, totally committed to each other,&#8221; Batiste said during the ceremony. &#8220;Our soldiers were tested under the most arduous of conditions and they repeatedly came out on top. They are incredible fighters, the enemy&#8217;s worst nightmare.

&#8220;Standing alongside our soldiers are great family members who achieved a degree of self-reliance we have never seen before. Families are important in everything we do, and their contributions are enormous.&#8221;

Batiste also thanked and honored some 1st ID soldiers who were at the ceremony in memory only.

&#8220;Allow me to focus a moment on our sacrifices,&#8221; he said. &#8220;The Fallen Soldier Memorial in Victory Park stands as a constant reminder to our fallen comrades who gave their last full measure during both Operation Iraqi Freedom I and II while fighting under the colors of the 1st Brigade from Fort Riley (Kansas) or Task Force Danger. We will never forget these incredible Americans or their families. They and our wounded will forever be in our prayers.&#8221;

Hunzeker, who commanded the 1st ID Division Artillery from 1997 to 1999, said it was good to be back.

He will now lead the division as it prepares to move back to the States under the Army transformation plan. It was announced earlier that elements of the 1st ID would start leaving Germany next summer. The plan is for most of the division to end up at Fort Riley, Kan.

&#8220;The coming months are sure to bring many changes and challenges for the division,&#8221; Hunzeker said, &#8220;and I have no doubt that the soldiers and family members of the Big Red One ... will continue to produce superb results.&#8221;