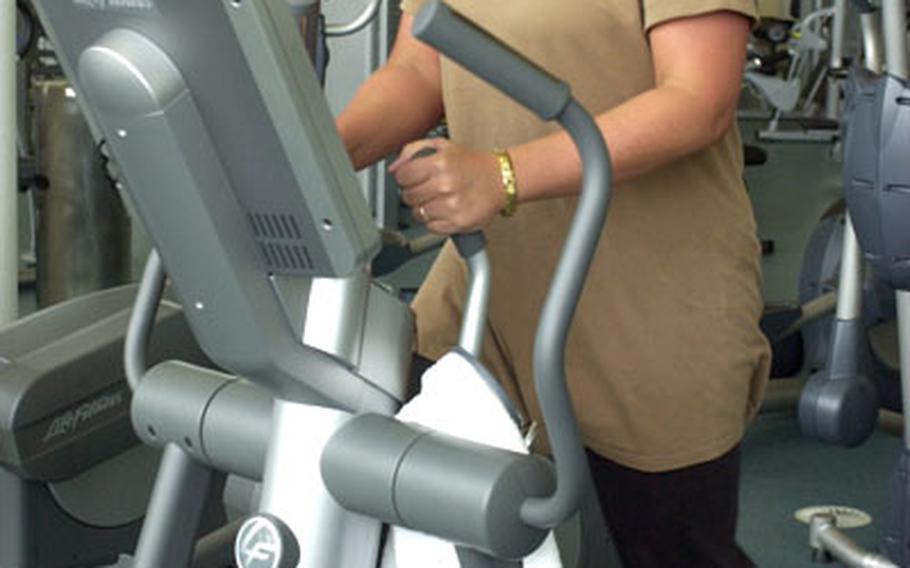 GRAFENW&#214;HR, Germany &#8212; Angel Washington said she never had a weight problem until she had her fifth child.

Then she gained 100 pounds.

But, thanks to the Grafenw&#246;hr fitness center&#8217;s Lose to Win program, Washington is now 30 pounds lighter. She was one of 170 participants in the &#8220;Biggest Loser&#8221; weight-loss program who collectively lost more than 1,149 pounds through diet and exercise in the past five months.

&#8220;The theory behind the program was to get people to come together as a community to make a healthy change, lose weight and get fit and active,&#8221; Welfare and Recreation fitness specialist Daniel Fraizer said.

Lose to Win involved a five-member team contest, unlike the Biggest Loser, which focused on finding an individual winner, Fraizer said.

Helmut Suttner of Team DPW was the biggest loser, dropping 37.8 pounds and 6.2 percent of his body fat, Fraizer said.

Participants weighed in and checked their body fat weekly during Lose to Win. Teams were awarded points for every pound of fat lost, with extra points for decreases in body fat percentage, fitness classes attended and participation in a nutrition class and in the 10-Miler, he said.

&#8220;On post, on a beautiful day you will hardly see anyone walking, whereas off post you will see a lot of Germans out exercising. Americans tend to sit and watch instead of getting up and participating,&#8221; he said.

On-post fast food was another culprit in bulging waistlines, he added.

&#8220;If you eat fast food for lunch on-post, you have pretty much almost exceeded your fat limit for the day. Even the commissary food is a problem. Go down the cereal aisle and it is about 90 percent sugar. Healthy choices in the commissary are few and far between,&#8221; he said.

Washington, who grew up on a farm, arrived at Grafenw&#246;hr 10 months ago. When her husband deployed to Iraq, she packed on 20 pounds by sitting around the house and looking after children over the winter, she said.

&#8220;I started exercising (with Lose to Win) in January. I came to the gym every day, Monday to Friday.