Bidens to meet with US troops on Europe tour 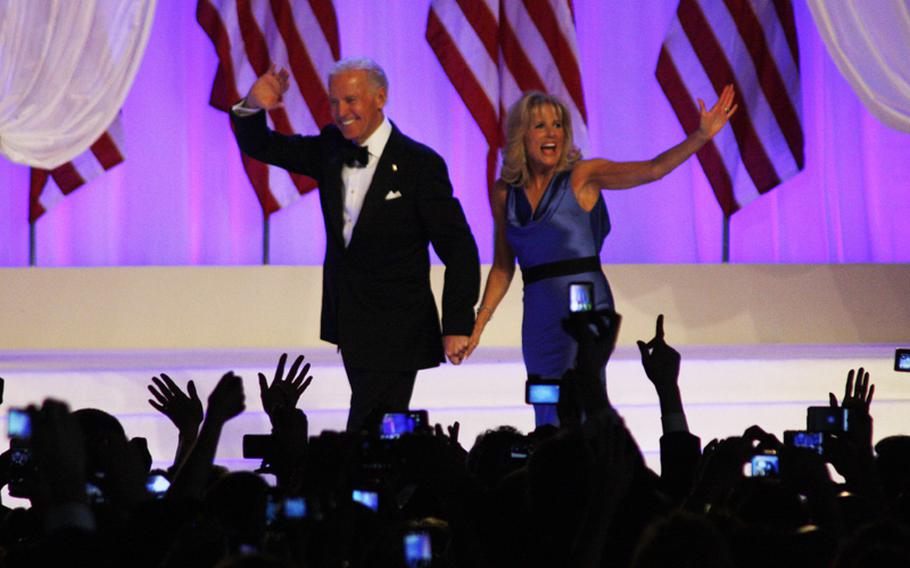 Vice President Joe Biden and his wife Jill are scheduled to visit troops and families at two U.S. military posts in Germany during a trip to Europe this weekend.

Jill Biden will visit Grafenwöhr on Saturday as the vice president speaks at the second day of the Munich Security Conference. Both Bidens will then visit Landstuhl Regional Medical Center on Sunday, according to White House schedulers.

The stops come as Vice President Biden meets with European leaders over a span of five days for discussions on security matters including Syria and North Africa, as well as the European economy, according to officials. Biden’s schedule calls for meetings with German Chancellor Angela Merkel, French President Francois Hollande and British Prime Minister David Cameron.

The vice president’s return to the Munich conference, a gathering of world leaders and foreign policy experts, is his first since 2009. He is expected to speak on the European-Atlantic relationship.