Beyond the borders of Kabul 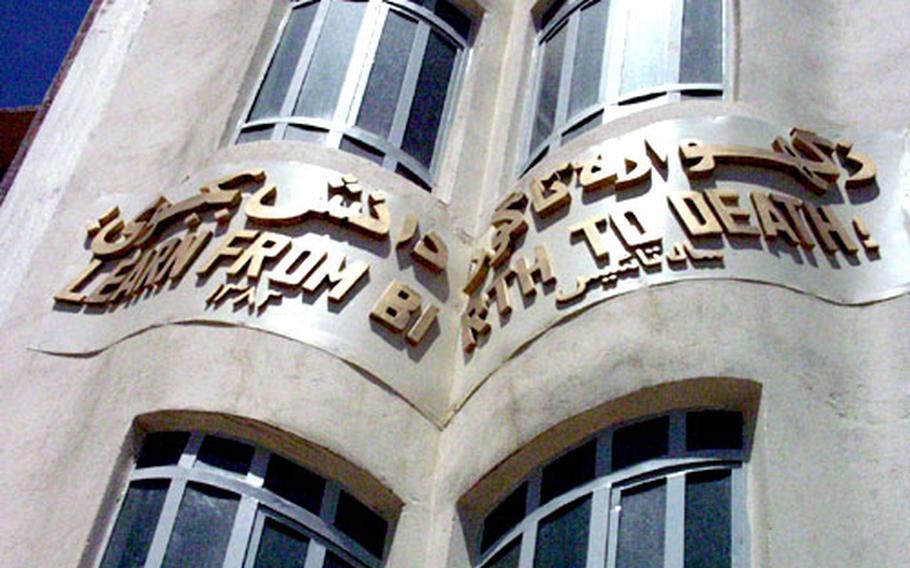 “Learn from birth to death!” is the motto of a new teachers’ academy in the town of Herat, Afghanistan. A U.S. Army-run provincial reconstruction team helped sponsor the center&#39;s founding. (Ward Sanderson / S&S)

“Learn from birth to death!” is the motto of a new teachers’ academy in the town of Herat, Afghanistan. A U.S. Army-run provincial reconstruction team helped sponsor the center&#39;s founding. (Ward Sanderson / S&S) 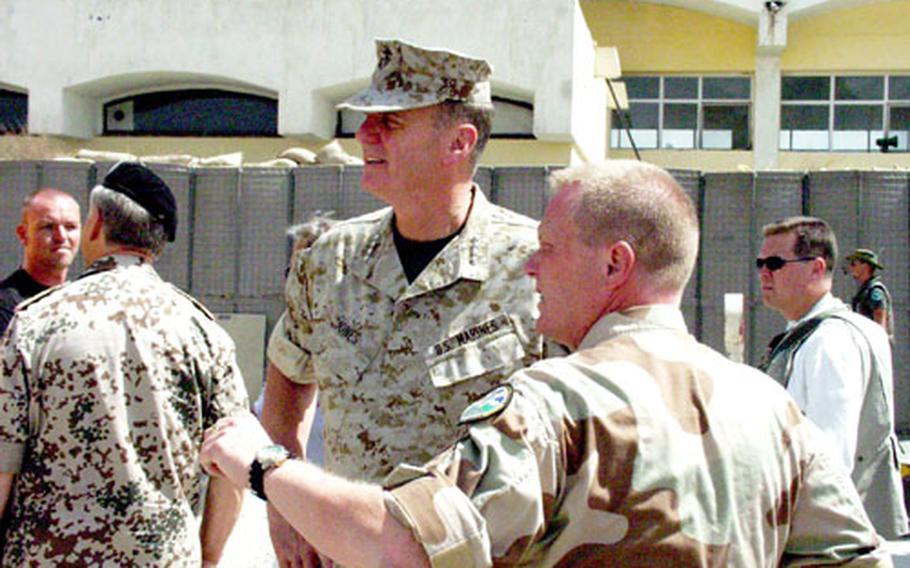 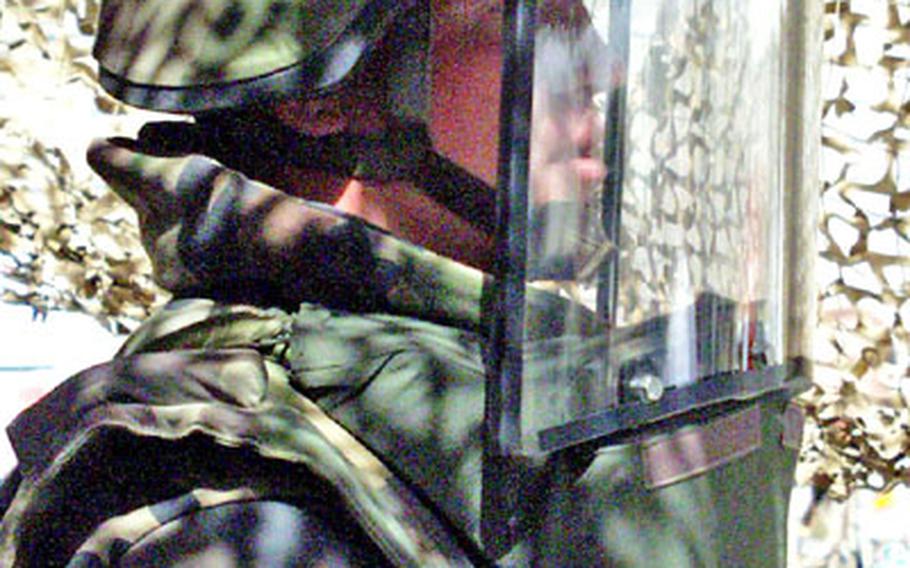 A French soldier wears bomb squad protection in Kabul, Afghanistan. Such international troops are expanding their NATO mission into areas outside the capital. (Ward Sanderson / S&S)

It&#8217;s not only a new school, but also a teachers&#8217; academy in Afghanistan that will train women as well as men.

&#8220;That&#8217;s kind of one of the stipulations, that the girls all get a crack at this,&#8221; said Sgt. 1st Class Shannon Para, a U.S. civil affairs soldier and a mother of four, as she rattled away from the site aboard an old Iranian airlines shuttle bus.

The Army&#8217;s small provincial reconstruction team helped the U.S. Agency for International Development and the International Organization for Migration make the school a reality. The banner on the building reads, &#8220;Learn from birth until death!&#8221; Regarding women, the Taliban certainly would have disagreed.

The U.S. soldiers in Herat soon may have international help. As NATO installs its own reconstruction teams in the north and eyes Afghanistan&#8217;s west, it intends to meet the Americans in Herat. They didn&#8217;t announce when, but alliance leaders at last month&#8217;s NATO Summit in Istanbul, Turkey, decided to send a few hundred troops to Herat to form a logistics hub for the alliance&#8217;s westward expansion, and plan to set up a quick-reaction force to deploy in case of trouble.

In March, forces loyal to the local governor and warlord engaged those of President Hamid Karzai. The governor&#8217;s son was killed. In the neighboring province of Badghis, the military says it faces government corruption, drug production and the possibility of Taliban training centers. Five aid workers with Doctors Without Borders were assassinated there June 2. In the appropriately named province of Ghowar, a warlord seized control last month, reportedly clashing with government troops and U.S. and New Zealand units. Afghan soldiers took back the provincial capital by month&#8217;s end.

Considering all this, the 70 or so U.S. soldiers in Herat will likely welcome NATO neighbors.

As the sign on the new school implores, the Americans here said the Afghans love and thirst for education. But some of the professional fighters have no skills other than brandishing a Kalashnikov and some don&#8217;t want any.

&#8220;There is a hard-core group of mujahadeen who only want to carry around an AK-47 and stand around and look important,&#8221; Hand said.

Herat itself in some ways is a paradox. It is conservative but apparently accepting of reforms such as the new school. It is remote but under the rule of a Kabul-appointed governor, Ismail Khan. But Khan is also a warlord whose power existed before it was made official by Karzai. And though trucks kick up grit as they haul bearded men toting machine guns, there also is the Herat Tourist Hotel, all shiny and glass, a shrunken slice of Vegas.

It was Khan&#8217;s forces that took on Karzai&#8217;s troops here in March. What apparently began as a fender bender involving government soldiers and Khan&#8217;s men turned bloody. Apparently believing the accident had been a setup to ambush his father, Khan&#8217;s son led at attack against an Afghan military outpost. These locals showed up driving tanks.

Warlords aren&#8217;t going anywhere yet. They are too powerful, and some, like Khan, remain popular at home.

&#8220;Frankly, there is no choice but to deal with them,&#8221; said Canadian Cmdr. Chris Henderson, the NATO spokesman in Kabul.

When asked whether dealing with warlords means endorsing the drug trade, ISAF&#8217;s deputy operations and planning officer said that&#8217;s not the case.

The supreme commander of NATO, U.S. Marine Corps Gen. James L. Jones, said the drug problem is that of the emerging Afghan government. The alliance, Jones said during a recent visit, must focus on fighting terrorism and building the Afghan National Army.

Though officials often minimize any connection between terrorism and poppy production, the Americans on duty in Herat have found otherwise. Maj. Rick Marx, commander of the civil affairs effort there, said that poppy production precedes Taliban resurgences in areas like Badghis. And a local farmer can make $250,000 a year from poppies.

Jones said the big challenge is weaning Afghans off the crop without providing another option.

From the roof of his small base, Marx watched Khan&#8217;s forces battle the Afghan government troops, artillery flashes in the distance. But on this day, there is no fighting. Only visiting foreigners with cameras.

Two women in burqas on an adjacent rooftop see the cameras. The women turn their backs. But they turned around again, and not with anger or offense.

They had instead removed their veils and looked back, faces in the afternoon sun, waiting for the cameras.