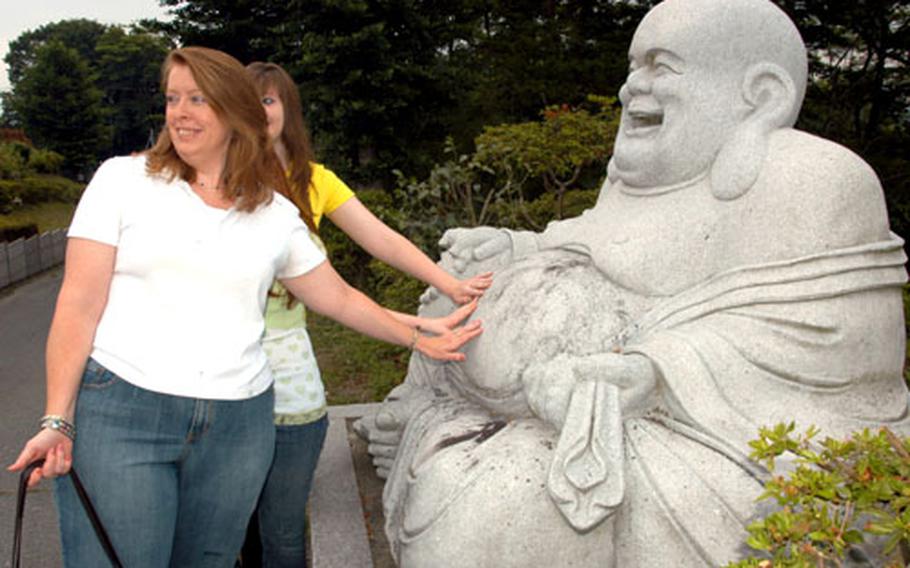 Military spouse Susan Hubbard rubs a Buddha statue&#39;s belly outside a Buddhist temple in Misawa, Japan, with her daughters, Amanda (back) and Elizabeth. The family was on the newcomers&#39; tour put on every week by the Airman and Family Readiness Center. Rubbing the statue&#39;s belly is said in Japan to bring good luck. (Jennifer H. Svan / S&S)

Military spouse Susan Hubbard rubs a Buddha statue&#39;s belly outside a Buddhist temple in Misawa, Japan, with her daughters, Amanda (back) and Elizabeth. The family was on the newcomers&#39; tour put on every week by the Airman and Family Readiness Center. Rubbing the statue&#39;s belly is said in Japan to bring good luck. (Jennifer H. Svan / S&S) 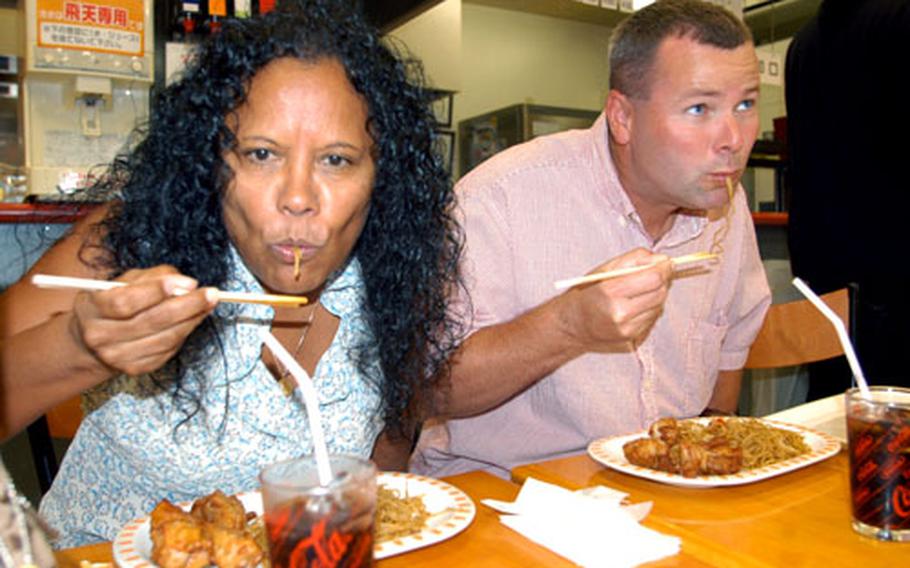 Master Sgt. Rob Morrison and his wife, Yolanda Morrison, try yakisoba for the first time during an outing for newcomers to a local Japanese food court. The couple was on a tour of Misawa city put on by the Airman and Family Readiness Center at Misawa. (Jennifer H. Svan / S&S) 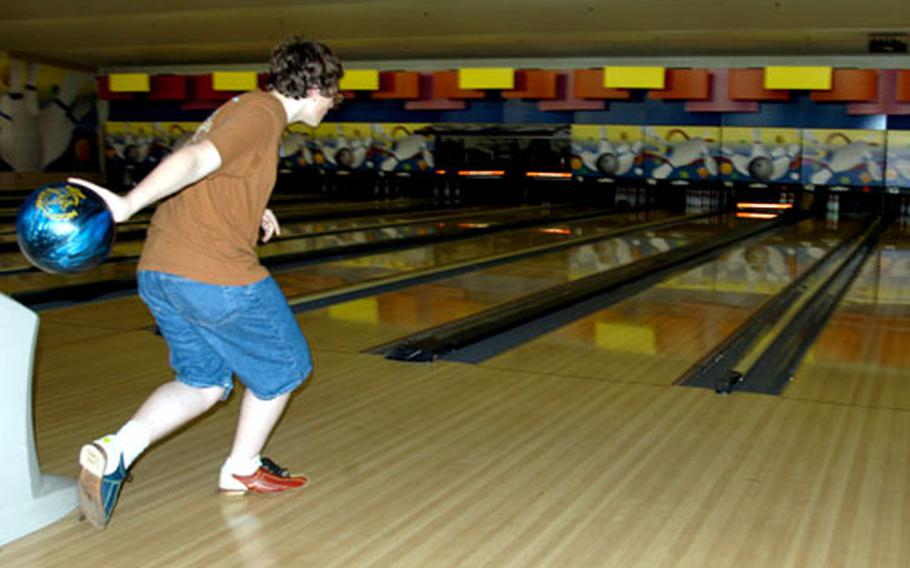 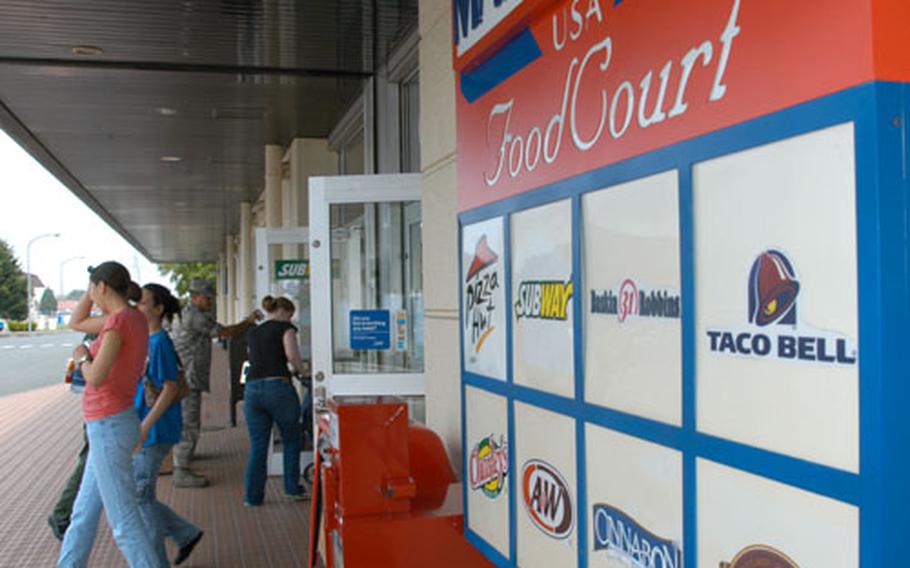 Staff Sgt. Andrea Woessner will tell friends back in the States about shopping in Seoul&#39;s trendy Dongdaemun department stores.

But that&#39;s where the Camp Red Cloud soldier&#39;s tales about life off base in South Korea start and end.

Woessner hasn&#39;t seen much of South Korea and she "absolutely" doesn&#39;t regret it.

"I&#39;m ready to go back to the States," said Woessner, whose tour ended in early July.

U.S. military members who spend time overseas are doing something most of their countrymen don&#39;t &#8212; last year only 27 percent of Americans owned passports, according to the State Department.

But living abroad does not a cultural warrior make. Not everyone embraces the opportunity to learn a new language or experience a foreign culture.

Anyone assigned abroad for a while has met them: Americans who complain "there&#39;s nothing to do" in the host country and hang out at the base exchange and food court, who travel only as far as the downtown bars, or who can find McDonald&#39;s off base &#8212; and nothing else.

The first time Tech. Sgt. Roy Perez was stationed at Yokota Air Base near Tokyo, he saw a lot of people who stayed on base. And while he said that he sees less of that on his current tour, he does know of some people who don&#39;t really leave the base.

"A lot of them that I&#39;ve talked to said that they are afraid of getting lost," he said, admitting that he has gotten lost more than once while exploring Japan.

Of course, there&#39;s no hard-and-fast rule that says Americans must leave base. At bigger installations &#8212; with amenities such as fast-food restaurants, movie theaters, skate parks, military clubs, swimming pools and cable TV &#8212; it&#39;s easy to get comfortable.

The Air Force at Ramstein, Germany, is building so much on base that locals are worried that fewer Americans will venture off base. The U.S. military&#39;s largest base in Europe epitomizes "Little America." There are franchise restaurants such as Burger King and Chili&#39;s. The base also boasts an 18-hole golf course, beauty spa, two large fitness centers and a shopping center.

A new 844,000-square-foot mall and hotel project, the Kaiserslautern Military Community Center, will add to the base American amenities once construction is finished. The center will include 350 hotel rooms and a Macaroni Grill.

Astrid Layes-Bold, who works at a new information center in the middle of Ramstein village, said many people are concerned that a bigger exchange and hotel will mean less interaction between Americans and Germans.

But while bases continually expand facilities and services, efforts are also made to get people off "Little America." Newcomers are required to attend programs designed to demystify local culture, and some bases work to make trips off base more affordable and appealing.

The new commander at Sasebo Naval Base in southern Japan says he&#39;s determined to get more sailors off post, vowing to add more options and funding to base Morale, Welfare and Recreation programs.

"I am pushing hard to say that is where I want investments made, because you come back with a whole new feeling of what it&#39;s like to be in Japan," said Capt. Francis X. Martin.

At Misawa Air Base in northern Japan, unaccompanied servicemembers E-4 and below can spend two nights in Tokyo and climb Mount Fuji for $150 through the base&#39;s Single Airman Xtreme, or take $5 trips to off-base restaurants. A program with similar tours recently began for single noncommissioned officers.

Base officials say that keeping troops busy helps keep them out of trouble.

Staff Sgt. Ben Lee, 28, a calibration technician with the 35th Maintenance Squadron at Misawa, agrees. "If you just stay on base, you&#39;re just working," he said.

But going off base is decidedly easier and more attractive at some places. Rural areas like Misawa can be more navigable &#8212; and scenic &#8212; than urban ones, and political protests and traffic congestion can be deterrents.

Not speaking the native language can lead to fears of getting lost to being embarrassed.

Sgt. 1st Class John Askew lives in Itaewon, where most South Korean servers, bartenders and storekeepers speak English. So he spends most of his time in Itaewon. But sometimes he goes to other parts of Seoul with friends who speak Korean.

He also doesn&#39;t like to visit places in Seoul, even on organized tours, because of the congested roads.

Air Force Master Sgt. Terence Oh says the language barrier can intimidate servicemembers, but it&#39;s not a problem for Oh: He was raised in South Korea. He lives outside Yongsan Garrison, and said servicemembers, especially those visiting Seoul during military exercises, sometimes ask for his help.

He said he encourages them to get on buses or subways and explore.

"I think they&#39;re afraid of interacting, just afraid of not getting their thoughts out," he said.

Kate Eisenmenger, M.D., a psychologist with the Center for Anxiety and Related Disorders at Boston University, said not feeling in control in an unfamiliar place with an unfamiliar language may make some individuals anxious and aversive to the prospect of going out.

"It&#39;s interesting &#8212; it sounds like agoraphobia," she said. "Literally, that&#39;s the fear of the marketplace, but it can be described as the fear of leaving a safe place."

Avoiding activities one is nervous about is self-reinforcing, she said. It "often leads to believing those activities would be harder than they are and a loss of confidence in our abilities to handle them."

The good news is that "challenging oneself to take on tasks that scare us a little can lead to a big improvement in energy and confidence, almost like an antidepressant," Eisenmenger said.

Yokota civilian Ashley Dudley is hoping to expand her horizons this summer with trips planned to Kamukura and other local areas.

"I only really go off-base when the kids I work with go on trips," said Dudley, who works with youth programs at the Yokota Teen Center. Her main concern is getting lost and not knowing how to get back to base.

"A lot of people say they&#39;re scared to drive [off base] because they don&#39;t want to get lost," said Nicole Smith, Airman and Family Readiness Center consultant at Misawa.

But Tomoko Vogel says people shouldn&#39;t be afraid of getting lost in Japan. She tells the story of a couple who missed the turn for Misawa and ended up two hours down the road in a remote village. Villagers helped the Americans find their way home.

"Please relax," advises Vogel, who works for Misawa city hall and gives cultural presentations to newcomers. "Many Japanese understand English. Everybody studies English almost six years but they don&#39;t have a chance for conversation. If you speak slowly, we understand."

The Airman and Family Readiness Center hands out cards with basic phrases to all newcomers; it includes how to ask for directions to Misawa.

Curiosity about a new culture can quickly be dashed by cost, especially in Europe, where the dollar&#39;s tumble against the euro and British pound is keeping some closer to home.

Senior Airman Ethan Boorom of the 100th Communications Squadron at Royal Air Force Base Mildenhall blames the pound-to-dollar exchange rate for his infrequent travels. He and his wife also have a 10-month-old child.

"Once every six months, usually when the parents come to visit," he said of how often his family travels.

Since the dollar is so weak, Fernandez said he would recommend that people save their money instead of blowing it at clubs, and do some homework to get the most benefit when they travel.

"It&#39;s a once-in-a-lifetime experience," Fernandez said. "Not everybody gets to come to Europe."

Kate Eisenmenger, M.D., a psychologist with the Center for Anxiety and Related Disorders at Boston University, offers several strategies to ease anxiety for yourself or a friend about exploring a foreign country outside a U.S. military base: