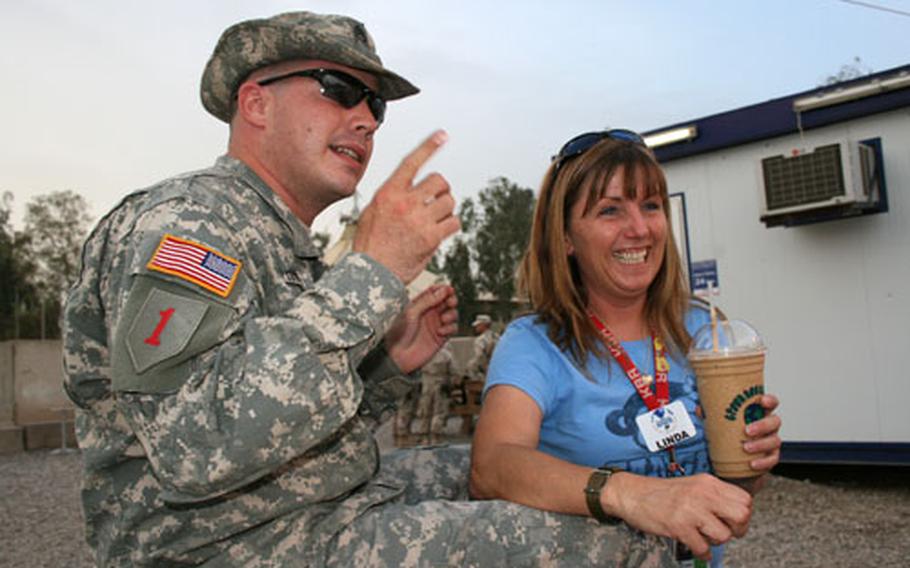 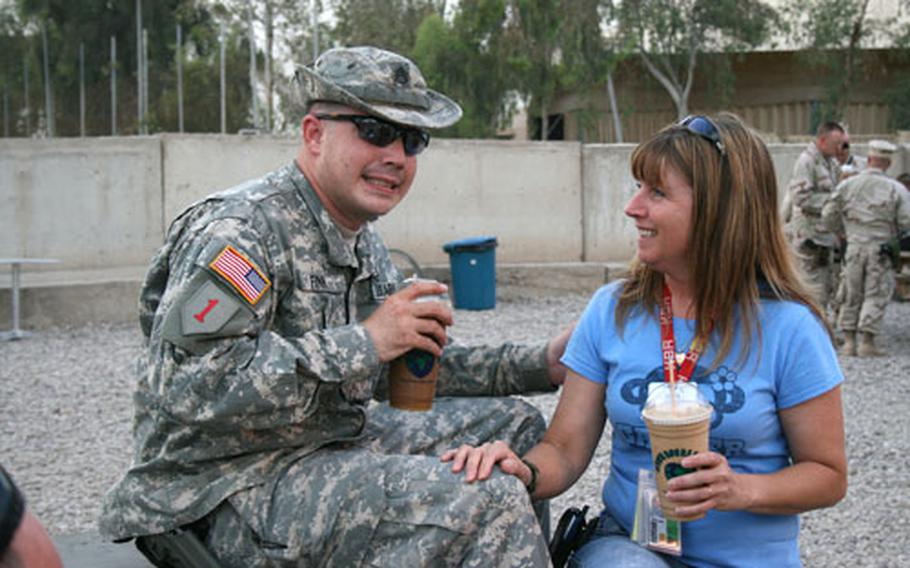 Pegg is a Morale, Welfare and Recreation coordinator on Camp Victory, while Fink is stationed there with the 1st Infantry Division&#39;s 2nd Brigade Combat Team (Courtesy of Marisol Espinosa) 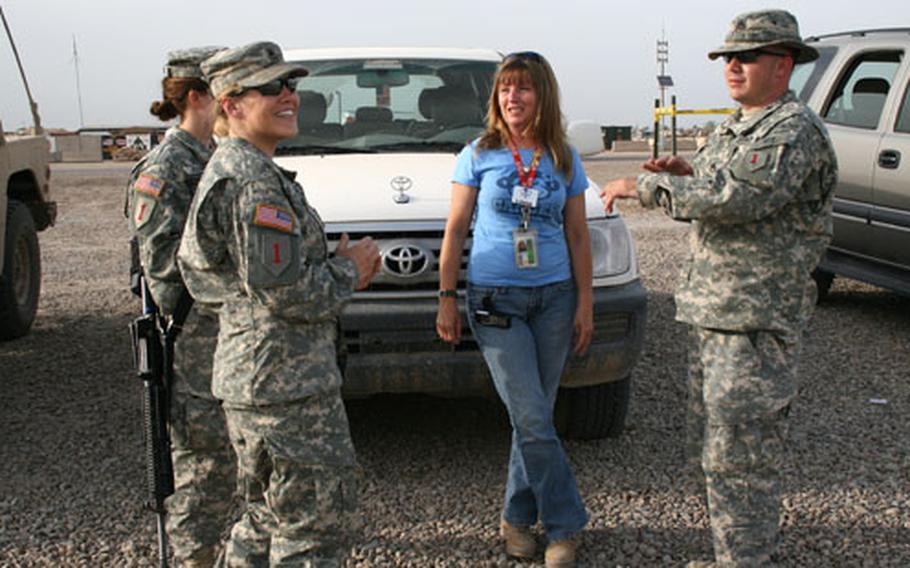 Pegg, center, shares a laugh with her son, right, and friends. (Courtesy of Marisol Espinosa)

For the past five years, Staff Sgt. Gary Fink has delivered his Mother&#8217;s Day messages through the mail and by phone.

This year is different for Fink and his mother, Linda Pegg. Both are stationed at Camp Liberty in Iraq &#8212; Fink as an intelligence analyst with the 1st Infantry Division&#8217;s 2nd Brigade Combat Team, Pegg as a civilian Morale, Wellness and Recreation coordinator.

The last time they were this close was back home in Alabama before Fink enlisted. So instead of making a long-distance call Sunday, Fink will spend time and share a meal with his mom.

In the midst of danger, mother and son say they&#8217;re grateful for the chance to be so close.

Pegg spends most of her days boosting troop morale. She&#8217;s a familiar face to soldiers, offering hugs and greetings.

Pegg has been in Iraq for 17 months, working in Taji before getting transferred to Camp Liberty in mid-April. The new assignment meant being closer to her son, whom she&#8217;s able to see on a regular basis. She has no immediate plans to leave Iraq.

Pegg said there are a couple of reasons why she decided to leave Alabama behind.

Back home, Pegg said she would often encourage young people to join the military. The military is a place where youngsters from poor backgrounds can develop skills to help them achieve more, she said.

Fink, who is in his second tour, was recently promoted. During the ceremony, his mother was there to attach his promotion pin.

Stationed in Taji at the time, she received permission to fly in for the event. A month later, she moved to Camp Liberty full time.