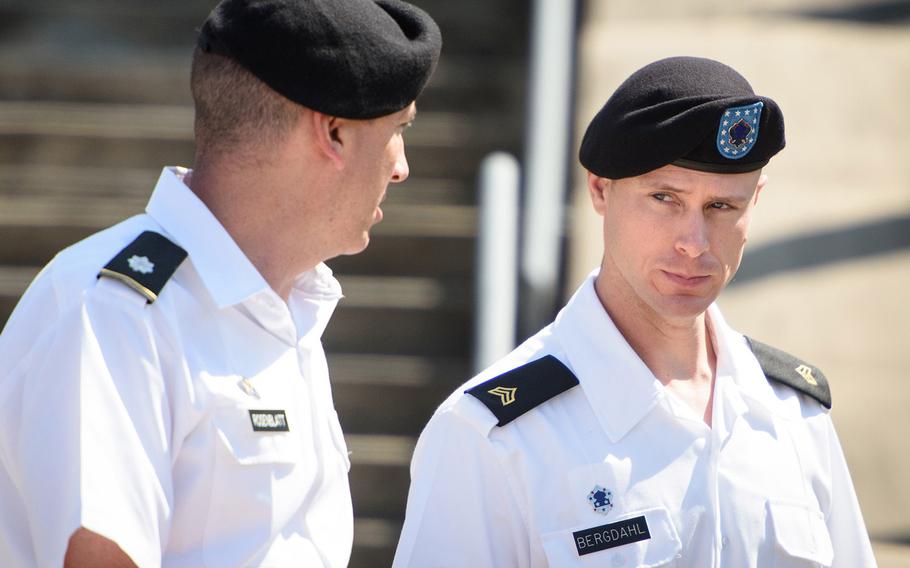 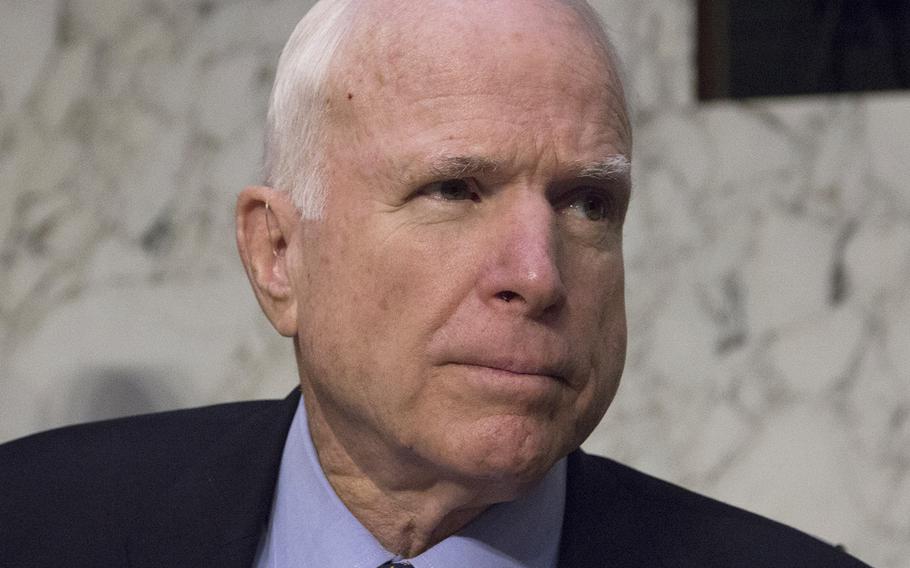 WASHINGTON — Lawyers for accused Army deserter Sgt. Bowe Bergdahl have asked a second appellate court to throw out charges against the soldier over comments made by Sen. John McCain that they claim could have unfairly influenced officials to proceed with a court-martial.

The attorneys filed an appeal Wednesday to the U.S. Court of Appeals for the Armed Forces asking the court to overturn military judge Army Col. Jeffery R. Nance’s September ruling that statements last year by McCain, R-Ariz., did not unfairly influence Bergdahl’s case. The lawyers filed a similar appeal Oct. 6 to the U.S. Army Court of Criminal Appeals seeking to have his charges of desertion and misbehavior before the enemy dropped over McCain’s statements, but they elected to appeal to the higher court after “nothing happened” in the month since filing the initial appeal.

McCain, the chairman of the Senate Armed Services Committee who was re-elected Tuesday, told reporters in October 2015 that the committee would hold a hearing if Bergdahl is not punished. Two months later, the four-star general overseeing the proceedings chose to send the case to a felony-level, general court-martial.

Defense attorneys have maintained McCain’s comment, among others that he has made asserting their client’s “clear guilt,” amounted to “flagrantly illegal interference by the single most powerful member of the” Senate Armed Services Committee. In August, they asked Nance to dismiss the case because Bergdahl’s right to due process had been violated.

Nance called McCain’s statements “ill-advised,” but he ruled they had no influence over anyone directly involved in the case of the former Taliban captive. Nance also ruled “reasonable” members of the public would not doubt Bergdahl’s ability to receive a fair trial simply because of McCain’s comments.

The court-martial is scheduled to begin Feb. 6 at Fort Bragg in North Carolina, but prosecutors have asked Nance to postpone the trial to at least May 1. A decision on the date could be made Monday when Bergdahl is scheduled to return to court.

In their appeal, Bergdahl’s attorneys wrote the trial is unlikely to begin for at least six months and a conviction would likely tie up the case in further appeals for years to come. They asked the higher appellate court to consider their petition now to instill public confidence in the military justice system and avoid a longer-than-necessary trial process.

“The strong interest in fostering public confidence in the administration of justice weighs heavily in favor of grasping this nettle now, rather than two or more years hence,” they wrote.

Bergdahl, 30, remains on active duty, serving in a clerical position at Joint Base San Antonio in Texas.

He faces charges of “misbehavior before the enemy by endangering the safety of a command, unit or place” and “desertion with intent to shirk important or hazardous duty.” The more serious misbehavior charge carries a potential life sentence.

The soldier admitted to Army investigators he walked off his post in eastern Afghanistan in June 2009. He has said he had no intention of deserting the Army, but he wanted to cause a disturbance that would place him in front of senior leaders to air complaints about his chain of command.

He was captured by Taliban fighters within hours of leaving Observation Post Mest and spent five years in captivity in Pakistan before he was released in a controversial swap for five senior Taliban leaders who had been held at the detention facility at Guantanamo Bay in Cuba.