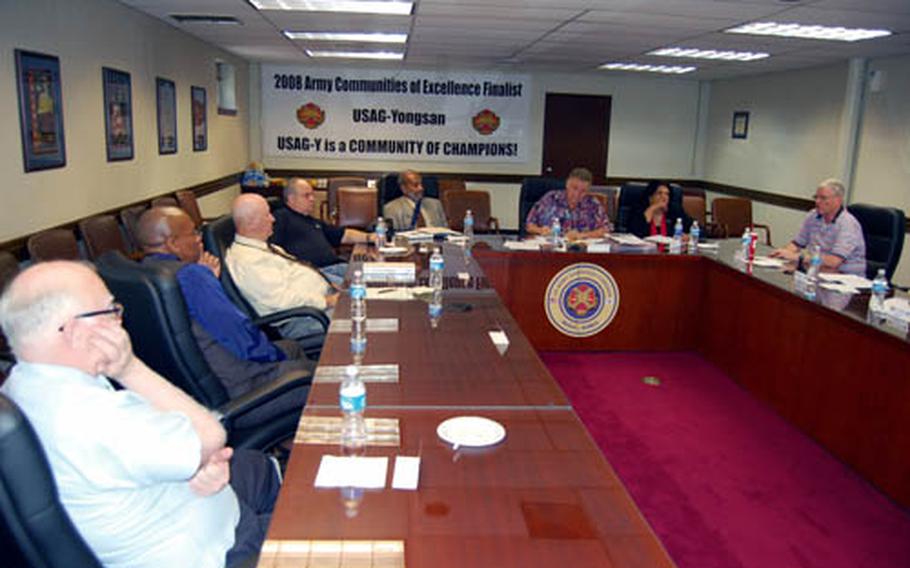 "As far as benefits for retirees it&#8217;s a case of the glass is three-quarters full and rising," said council chairman Chris Vaia.

New for retirees and their widows is assistance in applying for Social Security benefits. Retiree services officer Roger Brown said that a June 16 change in Army regulations now allows his office to help people file for Social Security.

Also discussed was the upcoming availability of Tricare Dental for retirees.

"Right now emergency care and during [noncombatant evacuation exercises] where we can get cleanings and check-ups, that&#8217;s about all we can get," Vaia said.

The group also talked about an initiative in the Osan area that would provide retirees free or reduced-fare bus rides between Osan Air Base, Kunsan Air Base and Camp Humphreys. Vaia said he couldn&#8217;t provide more details until the initiative is final.