Benedict back where he started, but this time as 2nd ID's senior enlisted 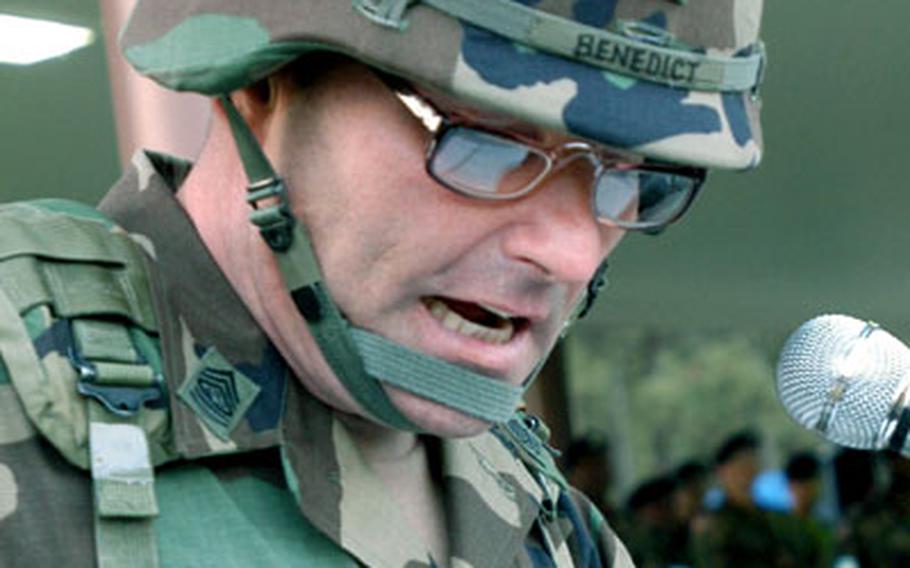 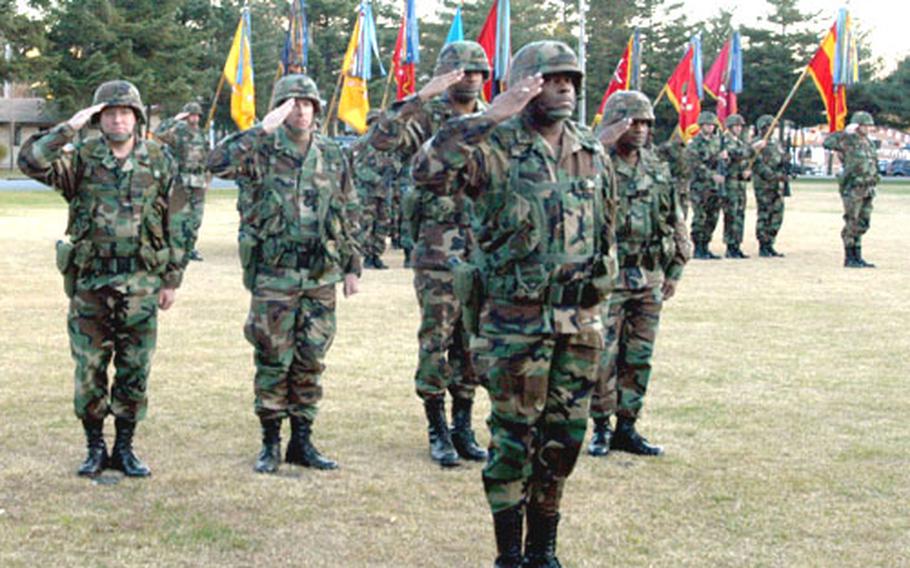 During the ceremony, 2nd ID commander Maj. Gen. George A. Higgins welcomed Benedict and several of his South Korean in-laws to the division. Benedict said he met his wife, Su An, in Uijeongbu, the city that surrounds Camp Red Cloud, on his first tour to South Korea. Higgins said Su An was in Texas preparing to sell their family&#8217;s house.

Benedict has spent 11 years in South Korea on five tours, including one as command sergeant major of 1-15, which deployed to Iraq last year as part of 2nd ID&#8217;s 2nd Brigade Combat Team.

&#8220;He has a comprehensive appreciation for the operational environment, its complexity and tempo on the peninsula,&#8221; Higgins said, adding that Benedict also has in-depth knowledge about the U.S.-South Korea alliance.

Benedict has 26 years of experience as an artilleryman as well as combat experience in Desert Shield/Desert Storm and Operation Iraqi Freedom. His last assignment was as the 4th Infantry Division&#8217;s Division Artillery command sergeant major.

Benedict said he and Higgins would speak with one voice. He said he expects this tour to be his most memorable, other than his first tour &#8220;when I met my wife 25 years ago.&#8221;