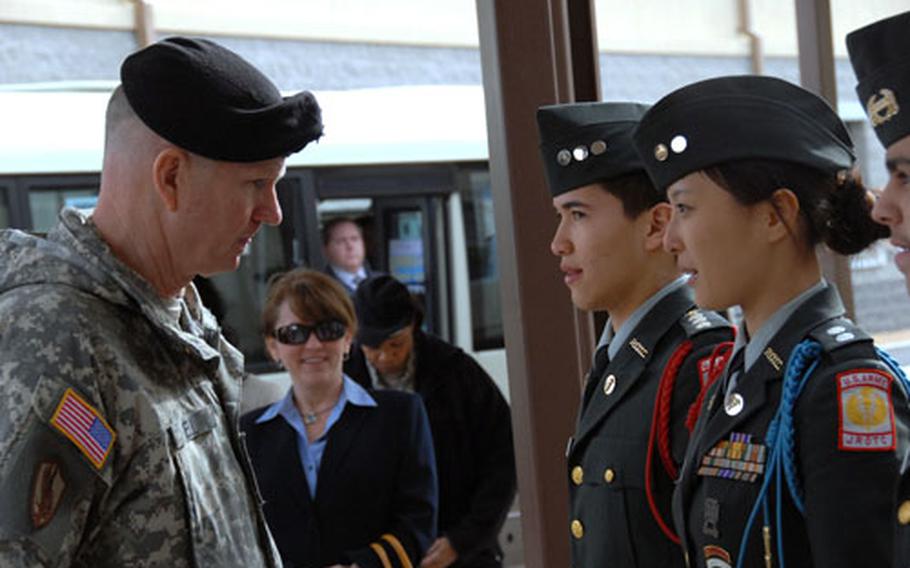 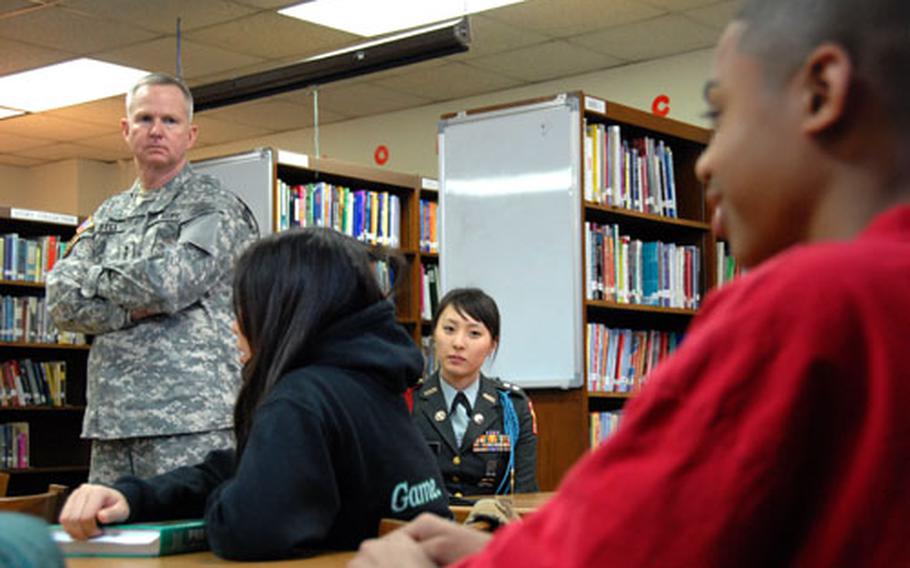 Bell met with about 15 students during his visit and asked them what needed to be improved on those installations. ()

DAEGU, South Korea &#8212; U.S. Forces Korea commander Gen. B.B. Bell said Thursday that a policy requiring most U.S. troops in South Korea to serve one-year tours without their families is an &#8220;outdated relic of the Cold War&#8221; that should have been changed years ago.

Instead, troops should serve in South Korea for three years with their families, he said.

Bell said the U.S. Secretary of Defense and the South Korean government would have to approve the extended tour lengths.

Bell said he has spoken with &#8220;senior future members&#8221; of the South Korean government about changing the policy, but declined to say if South Korean president-elect Lee Myung-bak was among them. Bell met with Lee in a closed-door meeting Tuesday at Yongsan Garrison.

During his visit to Daegu, Bell met with representatives from Better Opportunities for Single and Unaccompanied Soldiers, ate lunch with military spouses, and recognized soldiers who helped clean up the recent oil spill off South Korea&#8217;s west coast. He also toured a child development center, a home day-care and the Army Community Services center, and spoke with about 15 high school students at Daegu American School.

The students told him they had difficulty being recruited by colleges for sports teams, and that they needed funding for sports, drama and JROTC events. A member of the wrestling team told Bell they needed a new mat to replace the used one given to them by the now-closed U.S. military school at Busan.

Bell said he&#8217;s seen facilities and services improve at the Daegu installations during his tenure as commander because the U.S. Army is putting more money into family services. He said that staffing at the ACS used to be &#8220;horrific,&#8221; with about half the number of workers it needed because the Army had terminated a contract that paid for the workers.