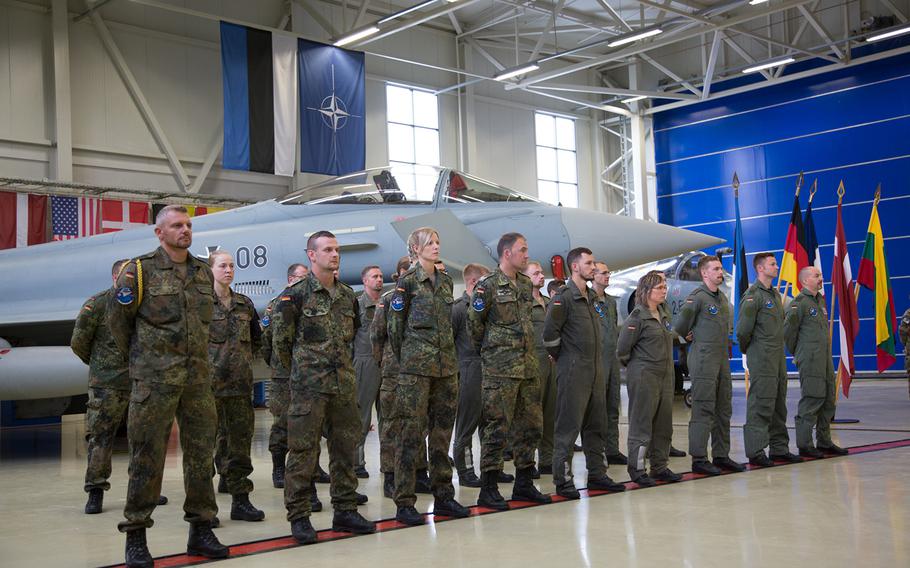 Belgian and German fighter pilots are now responsible for patrolling over the Baltics as part of a regular NATO rotation focused on protecting alliance airspace.

The Belgian air force F-16 pilots began their mission leading NATO’s air-policing effort Friday, taking over for Portugal. They will operate out of a base in Siauliai, Lithuania.

The German fighters, who began their leg of the mission at Amari Air Base in Estonia on Thursday, will augment the Belgian forces.

This is the 48th rotation of detachments contributing to NATO’s Baltic air-policing mission, which was set up in 2004 to help the small Baltic nations, which don’t have their own fighter aircraft.

The focus of the mission is to track and intercept Russian aircraft flying near NATO territory. Russia’s 2014 invasion of Ukraine has raised tensions between Moscow and the West, and NATO has seen an uptick in the number of unidentified Russian aircraft operating near the Baltics.