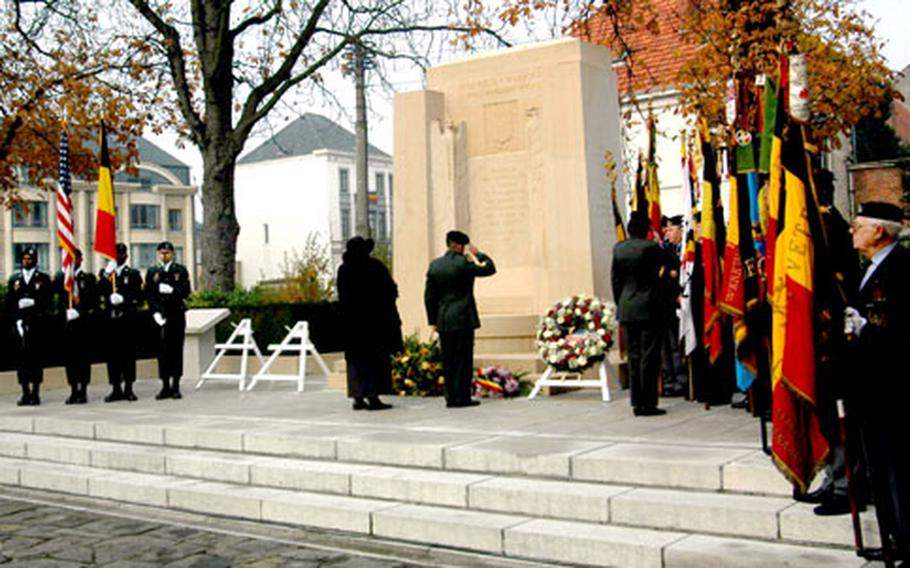 Brenda Schoonover, the American chargé d’affaires to the Kingdom of Belgium, lays a wreath at a monument to U.S. soldiers from the 37th and 91st divisions, which liberated Oudenaarde, Belgium, in November 1918. (Marni McEntee / S&S)

Brenda Schoonover, the American chargé d’affaires to the Kingdom of Belgium, lays a wreath at a monument to U.S. soldiers from the 37th and 91st divisions, which liberated Oudenaarde, Belgium, in November 1918. (Marni McEntee / S&S) 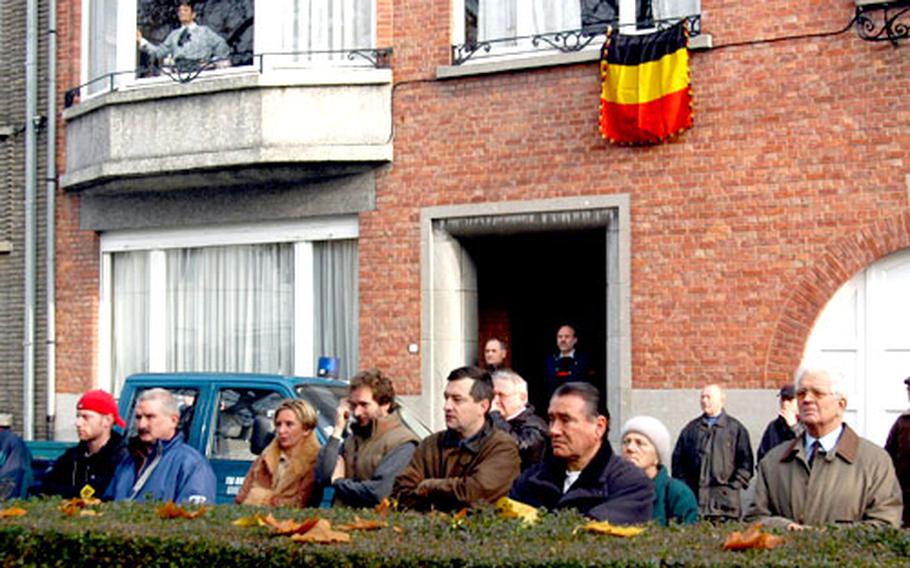 Residents of Oudenaarde watch a Veterans Day ceremony at a monument to American soldiers who helped liberate the town. (Marni McEntee / S&S) 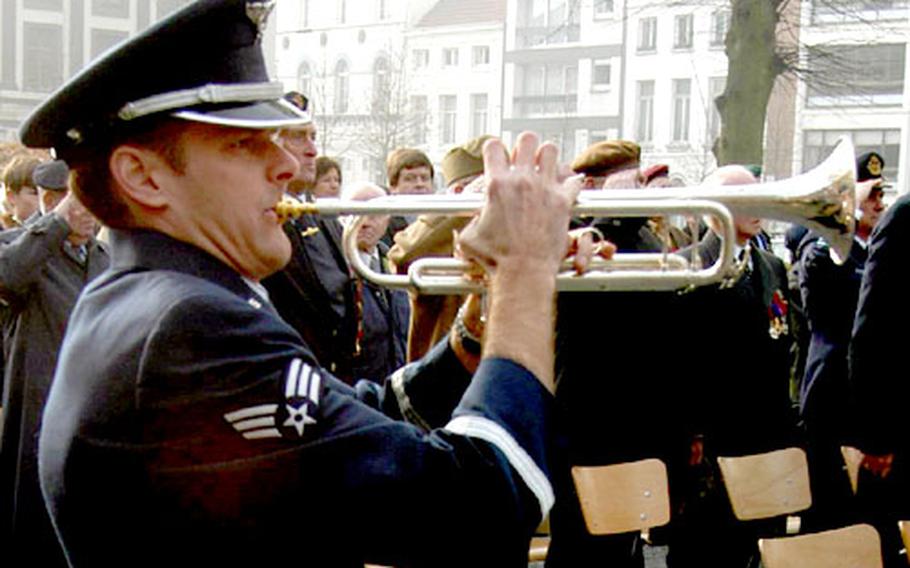 On Tuesday, the people of Oudenaarde, a city freed during battles that stretched to Armistice Day, honored the soldiers who fired some of the final shots of World War I.

More than 2,600 American soldiers were killed during the Ypres-Lys offensive, which had pushed into Oudenaarde by Nov. 11, 1918, the day hostilities ceased and an armistice was declared. Veterans Day is meant to allow people to give thanks on the anniversary of the cease-fire.

The town of about 30,000 residents is 46 miles west of Brussels. It devotes itself entirely toward the Veterans Day events, hosting a military parade to several monuments to the 1918 offensive. One monument to American soldiers was erected and is cared for by the American Battlefield Monuments Commission. Belgian monuments honor Belgian, French and British forces who participated in the battles.

During the ceremonies Tuesday, American, French and British military and city representatives laid wreaths at the monuments.

&#8220;Eighty-five years ago, the guns fell silent on this place after four years of war,&#8221; said Brenda Schoonover, the American charge d&#8217;affaires to Belgium. &#8220;Today, this place has a direct connection to all American soldiers and their families.&#8221;

The city lies in the East Flanders province, a name familiar to many Americans because 368 World War I soldiers are buried in Flanders Field American Cemetery nearby. During the ceremony Tuesday, some Belgian students read the famous poem &#8220;In Flanders Fields&#8221; by Maj. John McCrae.