Belgians give long ovation to McAuliffe 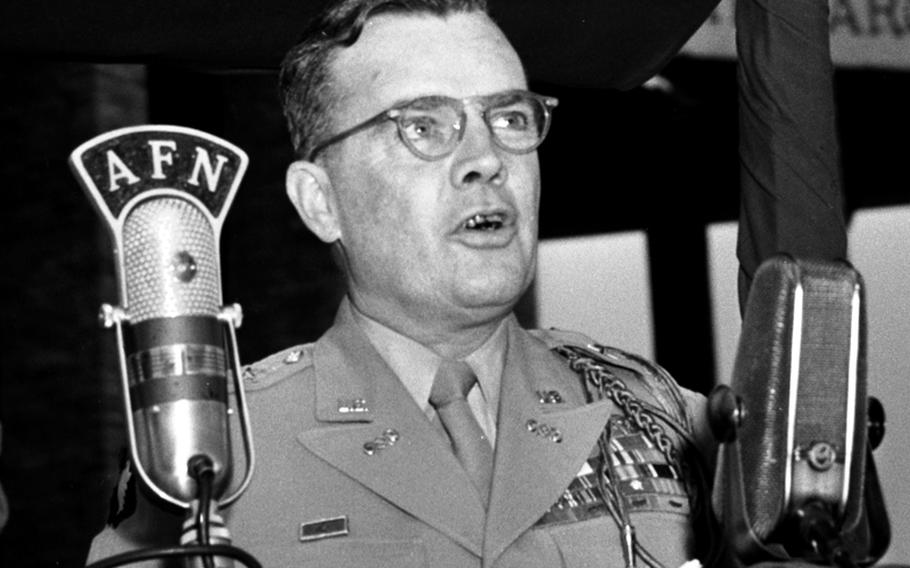 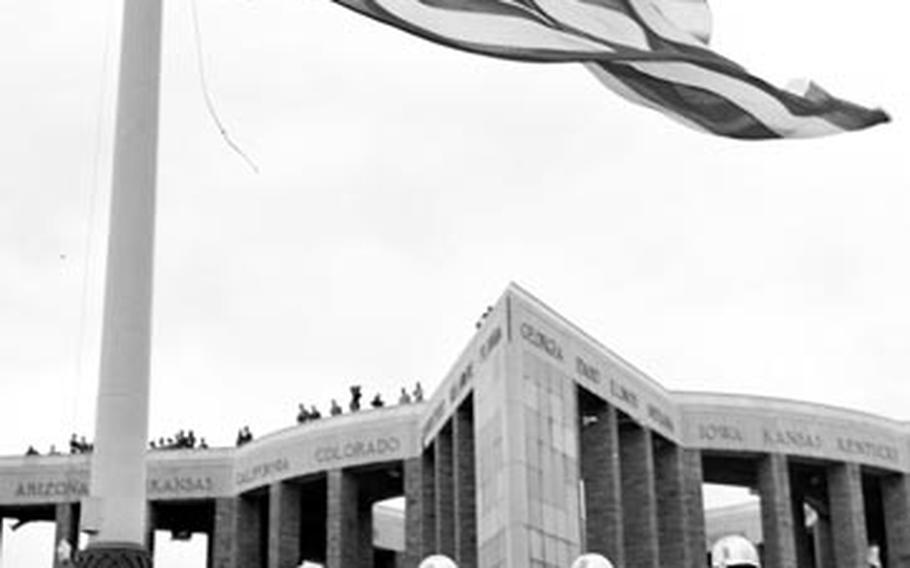 Members of the 1st Infantry Division honor guard present arms as the flag is raised during the dedication ceremony for a memorial honoring the Americans who lost their lives in the area during the World War II Battle of the Bulge. (Gerald Waller/Stars and Stripes)

BASTOGNE, July 17 — A 20-minute ovation greeted Maj Gen Anthony C. McAuliffe, hero of the Battle of the Bulge, when he returned to his hotel here yesterday following the dedication of the Bastogne memorial.

Throngs of Belgian citizens, who knew well the story of McAuliffe's defense of their city in December 1944, surged toward the Hotel le Brun and when the general appeared at his window they cheered, sang and danced in the street below. Meanwhile, the city became alive with a carnival spirit as the Bastognites toasted the Americans over and over. They had not for gotten.

Earlier in the day, McAuliffe officially inaugurated the star-shaped monument which was built by the Belgo-American Assn. to the memory of the Americans who died in the Ardennes Battle of the Bulge.

"Now Belgium and the United States, with other Atlantic nations, are joined in comradeship to resist a new threat. to our liberties," he said. "At the first sign of military attack, all the resources of the free nations of the world will be thrown into the common cause. With our combined scientific and industrial supremacy and determination of our peoples not to be enslaved, there can be only one answer to aggression — the answer Hitler received."

"Reverses don't scare our men much," Le Febvre said. "We really had reverses in '45, but they just made us fight harder. We turned the Bulge into victory and we could do it again — anytime. Sure the Bulge was rough. So is Korea — but we have some pretty rough boys around. This memorial tells the story."