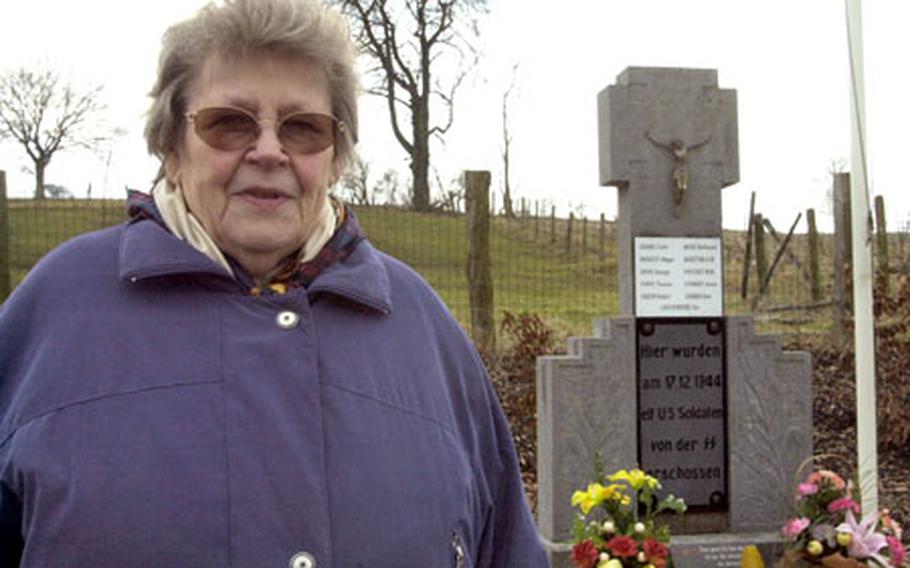 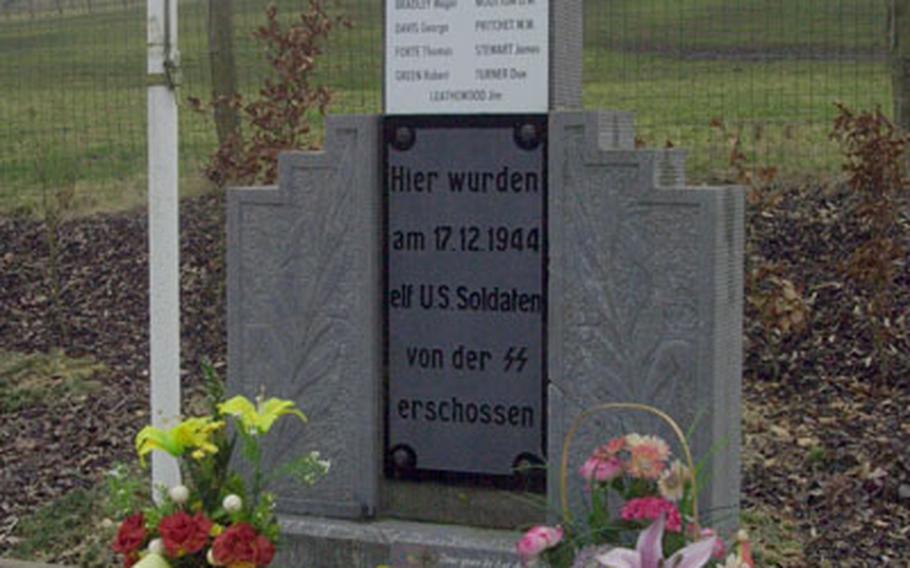 Buy Photo
The Wereth 11 Memorial in Wereth, Belgium, is dedicated to the 11 black U.S. soldiers who were killed in the hamlet in 1944 and to all black American soldiers who served during World War II. (Scott Schonauer/Stars and Stripes file photo) 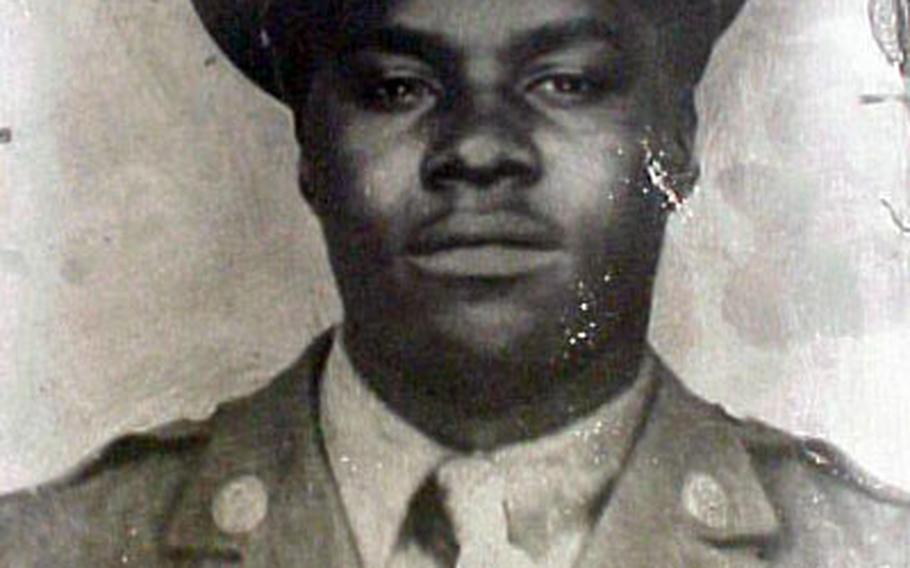 WERETH, Belgium &#8212; The 11 black American soldiers arrived at the farmer&#8217;s home on Dec. 17, 1944, waving a white flag from a stick, shivering from the cold and carrying only two rifles and small piece of soap among them.

The members of the 333rd Field Artillery Battalion were separated from their unit on the second day of the Battle of the Bulge, and stopped at the first house in this nine-house hamlet.

Tina Langer, who was 18 at the time, remembers her father bringing the men into their house, offering them the warmth of their wood burning stove and a little bread with butter.

The soldiers had hoped to reach American lines, but the modest meal would be their last.

A four-man German patrol of the 1st SS Division came to the Langer home looking for the black GIs. They forced the men to stand out in the freezing conditions until dark before marching them down the road to a snow-covered cow field, where they were tortured and killed.

More than 62 years later, a small memorial marks the spot of the massacre and serves as a remembrance to the group of men now known as the &#8220;Wereth 11.&#8221; The monument is believed to be the only one in Europe dedicated to all black soldiers who fought in World War II.

The community erected the memorial mostly through donations from Belgians and Americans less than three years ago. Many of the people in the area who were alive during the slaughter are in their late 70s and 80s, but they say memories of the horrific incident will remain forever.

Langer, 82, still lives at her family&#8217;s old farmhouse, and she talked about the day the American soldiers arrived.

When they came to the door that day, she said they handed the white flag to her mother. Her father tried to tell them they needed to go to the nearby town of St. Vith, where their battalion was, but the men didn&#8217;t understand.

Although this part of Belgium had many Nazi sympathizers during the war, her father was not one of them. Mathius Langer secretly harbored fleeing Jews and German defectors at his home.

The soldiers were just finishing their bread when the German troops rolled up in military vehicle. They arrived at the Langer home based on a tip from a neighbor. The American soldiers quickly surrendered, and the SS troops made them stand on the icy road.

The Germans marched the 11 down the road to the field and killed them. The bodies remained buried in the snow for more than a month because residents were too afraid to come outside.

A U.S. Army investigation later found the men had broken legs, bayonet wounds to the head and eyes and their fingers cut off. The German troops were never prosecuted for war crimes, and the Army made the unusual decision to initially classify the report.

For decades, the site remained only a cow pasture. But the residents had never forgotten.

Herman Langer, Tina Langer&#8217;s brother, used pieces from their own family&#8217;s gravestones to erect a makeshift cross to mark the spot on the 50th anniversary of the deaths. But it wasn&#8217;t until 2001 that three Belgians, along with a doctor from Mobile, Ala., began working to build a more proper tribute.

Rikken, who can rattle off various U.S. military units of World War II better than most historians, never gave up and sought the help of U.S. veterans, who donated money for the memorial.

Today, a sign on the country road points motorists to the memorial, but finding the site in the tiny village with no traffic light, stores or school is still difficult even for people looking for it. The memorial includes a marble gravestone with the names of the men, along with two additional plaques fastened to large stones.

The community is looking to put up a larger sign that will include additional information on what happened.