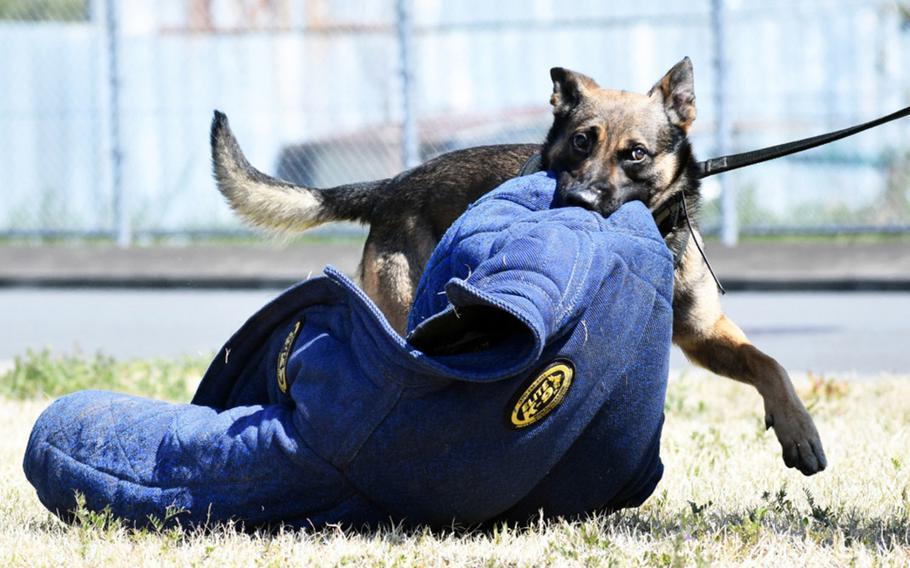 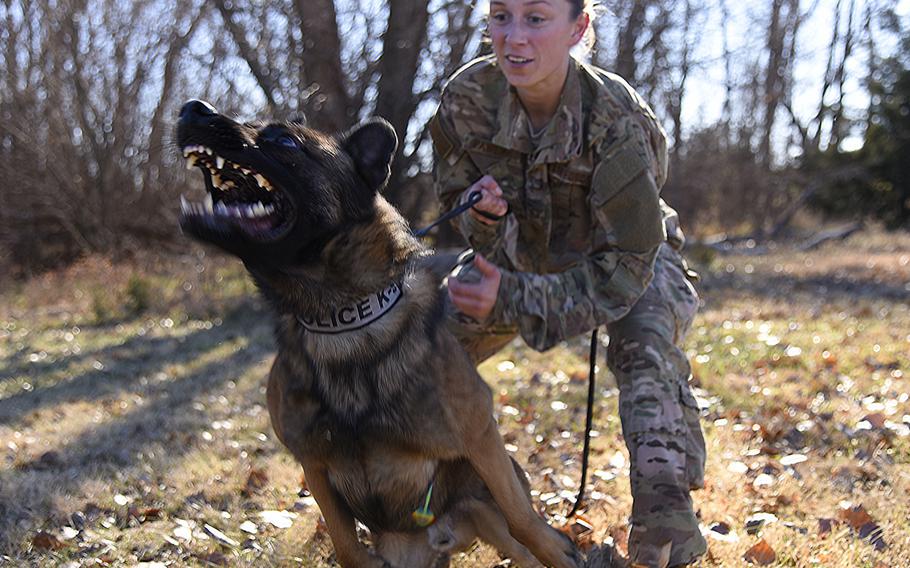 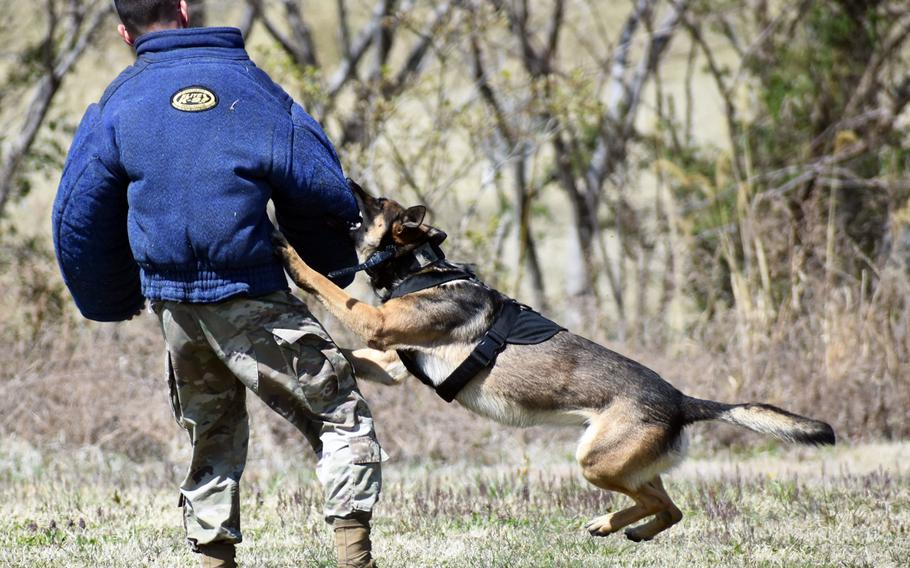 The canine that led the charge into a tunnel to corner the Islamic State group’s top terrorist has a soft, cuddly side, said the man who works with the famous military working dog’s trainers.

“You could come here and visit and I could put him in your lap,” trainer and former Air Force master sergeant Ken Licklider said. “Conan would crawl up and let you feed him a bonbon.”

On the other hand, under certain circumstances, you could be the bonbon.

Conan, who was wounded after cornering Abu Bakr al-Baghdadi in a dead-end tunnel in a compound in Syria, just before the ISIS leader blew himself up along with two children, is a Belgian Malinois.

The breed is generally considered fiercer, fleeter, more driven and perhaps less intelligent than the German shepherd it’s been gradually replacing in the military and law enforcement.

German shepherds “do try to think things through more than a driven Malinois,” said Licklider, who owns Vohne Liche Kennels. The company contracts with Special Operations Command to provide their forces with “multi-purpose canines” – dogs trained to track insurgents, subdue armed terrorists, sniff out weapons and explosives, parachute out of planes and fast-rope out of helicopters.

“I don’t want the smartest dog,” Licklider said. “I want the ones that storm the beach under a hail of machine gun fire and think they’re going to live through it.”

Sometimes referred to as “Maligators,” the breed once used for herding has been widely embraced by the U.S. military.

“There was no better dog to handle the task of tracking down insurgents, biting armed terrorists, finding weapons caches and just generally scaring the [expletive] out of everyone that faced them,” according to a Vohne Lichte website essay.

Malinois are “more aggressive and less careful,” Schermann said soldiers told him. “That’s why they prefer Malinois. They say German shepherds are too smart. They didn’t want to attack the terrorists.”

Schermann’s 2017 study found that the 78 soldiers who took part in the research were bitten 139 times, and about half were bitten by their own dogs, usually during training.

“Belgian Malinois were involved in a majority of bite events,” the study found.

The bites posed a significant burden on readiness, requiring treatments ranging from antibiotics to surgery, Schermann said. Some bite injuries were career-ending, he said.

Cairo, the Belgian Malinois that took part in the 2011 raid that killed Osama bin Laden, wore a muzzle when he met President Obama, according to press reports. That was at the direction of the Secret Service, which also uses the breed to patrol the White House grounds. Two of them — Hurricane and Jordan — were also hailed as heroes after they took down a man who jumped the north fence in 2014.

“They’re fast, they’re fearless and their drive is out of this world,” Licklider said.

But the breed can become super-aggressive through bad bloodlines or training, Licklider said.

“It’s all about buying the right animal and doing the right training,” he said. “In the ’80s and ’90s, we were getting dogs that would flat-out eat you. But we got smarter.”

Still, even the sweetest Malinois might not be the right dog for a family pet, Licklider said.

The high-energy breed needs a lot of exercise and, according to the Tennessee-based Malinois Ranch Rescue website, “may not tolerate small animals or children.”

So while the Malinois might be the ideal canine partner on a special ops mission, “they’re not necessarily what you’d want in your living room,” Licklider said.