Being funny is not easy, Jack Benny says 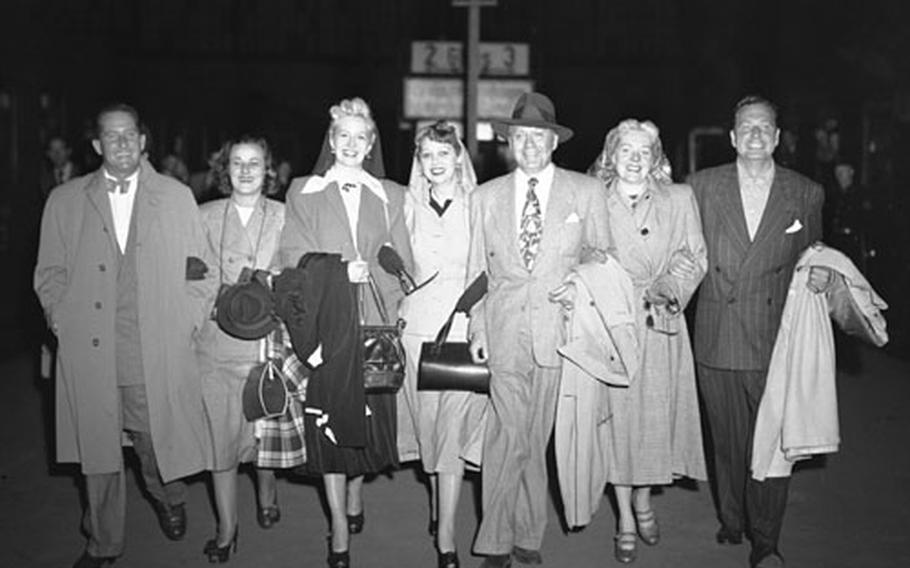 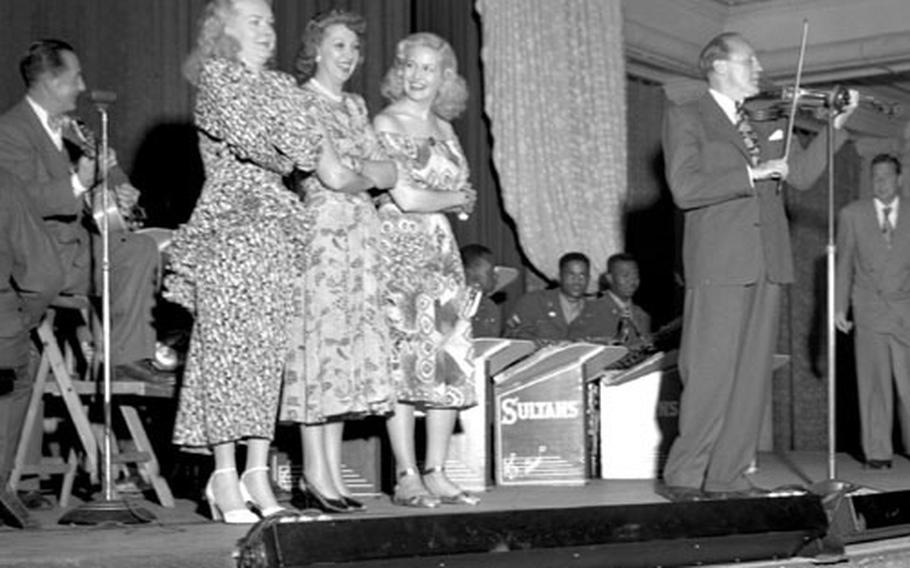 Buy Photo
Jack Benny and his troupe on stage in Germany, 1948. (© Stars and Stripes)

FRANKFURT, Aug. 5 — If you can envision Jack Benny speaking in moderated tones and Mary Livingstone as a sophisticate, and if you can picture Phil Harris the soul of patience, that's radio's most celebrated comedy team offstage.

The only member of EUCOM's biggest summer celebrity show who looks and acts like her on-stage self, off-stage, is Alice Faye. Miss Faye flashed her camera smile as she related that the Army had assigned her the bed that Queen Victoria slept in at Kronberg Castle.

At the moment, Miss Faye and Benny were watching Phil Harris rehearse the GI band for their show last night at the Palmgarten Club. For a comedian, Benny looked awfully serious.

"Its a swell band, but our arrangements are tricky," he remarked, and just then the hand swung out in the old Harris style. "I'd have given up an hour ago," Benny exclaimed. "But Phil keeps at it till he gets what he wants."

"I'm funny only up there," he pointed to the stage. "On weekends I laugh at the other guy's jokes."

It was then that Mary Livingstone swished in wearing a fancy snood and looking taller than she sounds. This professional dumb-bunny was the first of the group to find the PX and a watch one-third the price in the U.S.

Besides, all could affirm, the business of being funny isn't always amusing. The troupe has stopped flying. Too many crashes, Benny explained. So they arrived at Frankfurt exhausted after a 20-hour train ride from London.

From here on out its a series of one-night stands, at Grafenwohr tomorrow, Nurnberg Saturday and Munich Sunday, from where they will leave by train for Paris.

The show, said Benny, is the same as they gave at the Paladium in London. A veteran of EC touring in 1945, Benny was glad to hear there would be women in his audiences this time. It's easier to make a mixed audience laugh, he said. And if the laughs come slowly there will be Marilyn Maxwell to sing.