Being a top soldier really pays off 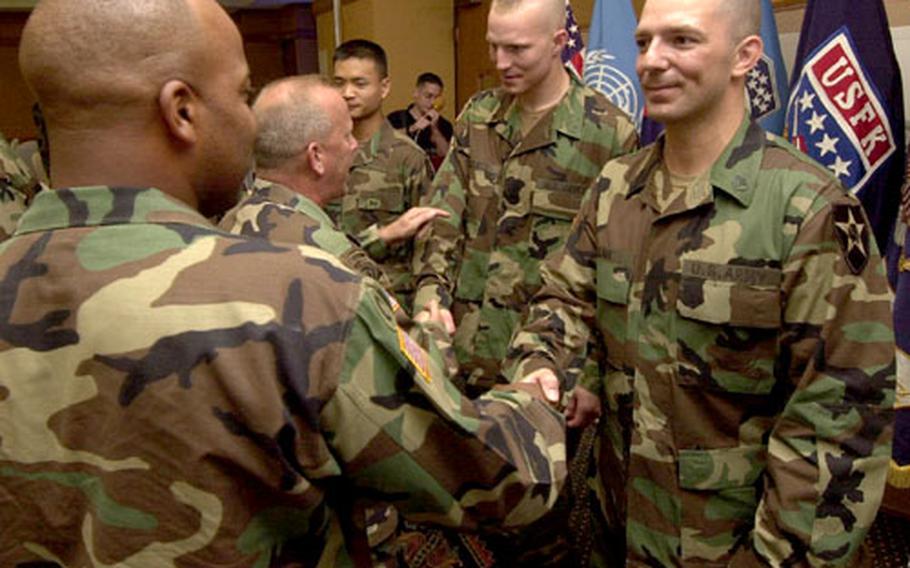 In addition to bragging rights, the soldiers were swamped with gifts &#8212; including about $2,000 each in cash and gift certificates &#8212; from the organizations sponsoring the luncheon, as well as round-trip tickets to the States.

Wallace and Bean will travel to Washington in September to compete against the best soldiers in the Army, and all three will attend an upcoming Association of the U.S. Army convention.

The soldiers spent months preparing to compete, and when they stepped in front of the selection board they represented the very best, Campbell said.

The soldiers were judged on their uniforms and military bearing, ability to communicate, tactical and technical knowledge, land navigation, first aid, drill and ceremony, counseling, military history and other areas.

Bean, who&#8217;s been in the Army for 14 years, said he started preparing for the competition in March.

But when asked how he would do in the Department of the Army competition in September, Bean &#8212; from C Battery, 1/38th Field Artillery, 2nd Infantry Division &#8212; was confident.

NCO of the Year:

Soldier of the Year:

KATUSA of the Year: