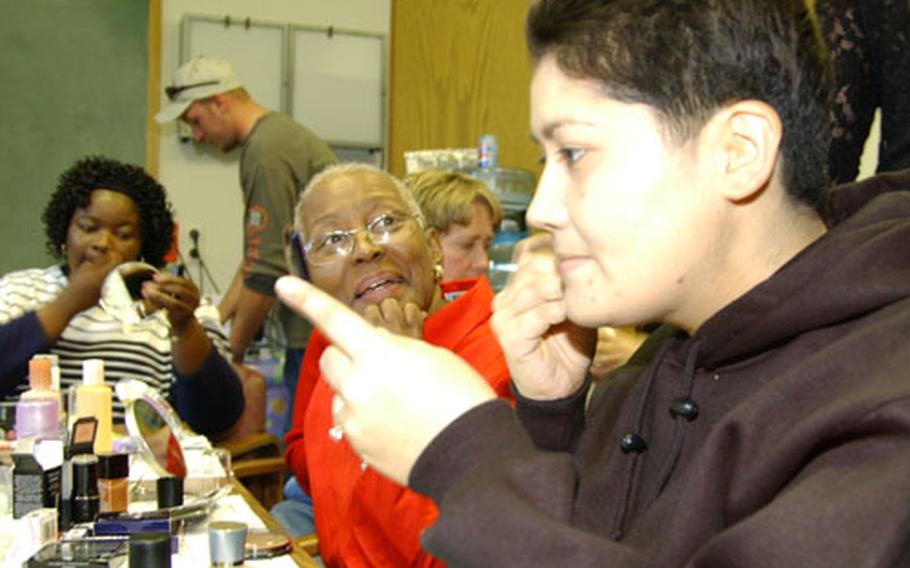 This is not a typical cancer support group, however. Bonding with others in similar situations is only part of why the women come to the monthly session. They want to look better, too.

Wearing smiles and fresh makeovers, the women emerge from the room energized to beat the disease in them.

With sponsorship from the American Cancer Society and donations from cosmetic associations, volunteer cosmetologists, such as the Landstuhl program&#8217;s Pat Davidson, teach women beauty techniques to cope with skin changes and hair loss, which may result from cancer treatments.

Landstuhl has had 400 new cancer cases diagnosed over the last 2&#189; years, according to the hospital&#8217;s chief of oncology and director of its breast cancer center, Dr. (Maj.) Joseph Flynn.

&#8220;If you look at just cancer in general, the most common cancer we have is breast cancer,&#8221; Flynn said. &#8220;One in eight women will get breast cancer in the U.S. and we probably have a representative population for that.

Flynn and many of his patients were present at the group&#8217;s most recent meeting on Sept. 30. Flynn&#8217;s rapport with his patients was obvious as he joked about getting his own makeover.

Army Spc. Christina Beck, knows that keeping things light is important. She has had three recurrences of cervical cancer since her first diagnosis in 1999.

The mood of the LRMC oncology ward is not much different, either, she said.