Beautifying Iwakuni, one step at a time 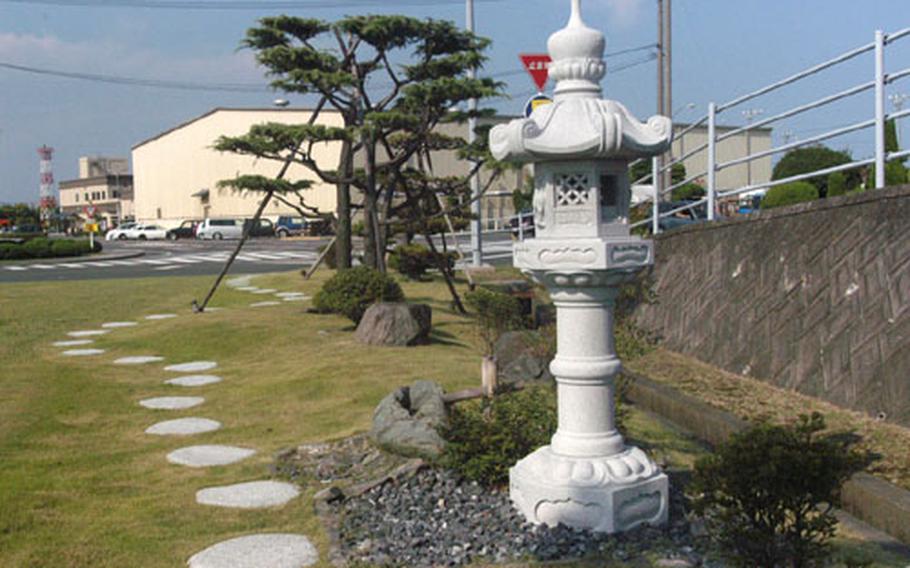 Facilities architects at Iwakuni Marine Corps Air Station use Japanese themes and local plant varieties to add aesthetic charm to the base, including this new small park outside the American Forces Network building. (Juliana Gittler / S&S)

Facilities architects at Iwakuni Marine Corps Air Station use Japanese themes and local plant varieties to add aesthetic charm to the base, including this new small park outside the American Forces Network building. (Juliana Gittler / S&S) 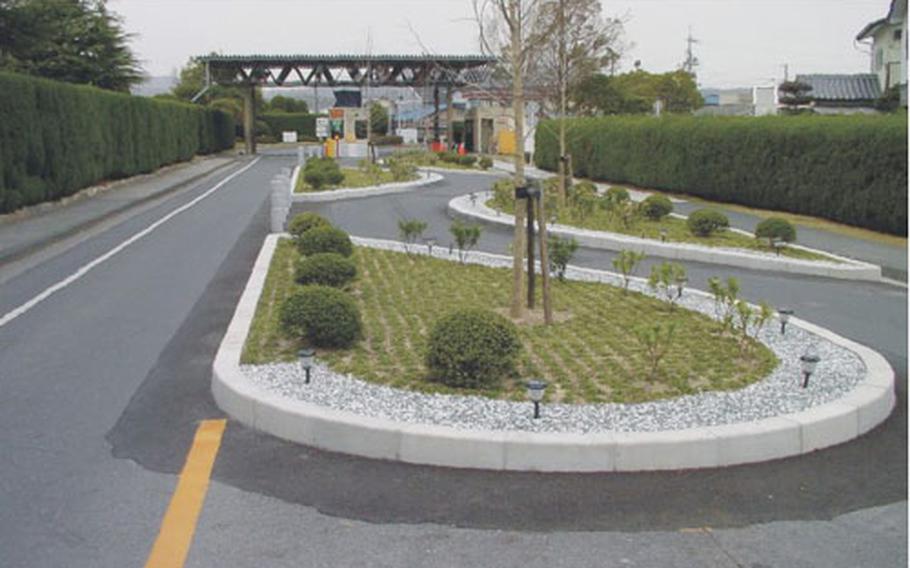 The current front view of the Marine Memorial Chapel at Iwakuni Marine Corps Air Station in Japan. Station architects have designed a new landscape to accompany a new sign requested for the front of the building. (Juliana Gittler / S&S)

The division spent $24 million last year on more than 200 projects on base.

While their primary job is engineering, the architects are most passionate about one small portion of their overall job: landscaping and beautification &#8212; everything from walkways leading into buildings, memorials and even the main gate.

The division designed an obstacle-laden entrance with a security focus &#8212; cars still slowly meander through a maze of concrete to get in. But instead of ugly barricades, they drive around large cement planters full of plants.

Other critical buildings were reinforced in a similar way &#8212; using massive boulders that will stop a car just the same as a concrete barrier, but look a whole lot nicer.

The division recently created a small landscape project near the American Forces Network building parking lot. The space provides a place for people working in the building to have lunch, said Patricia D. Hensley, architecture branch head, who designed the landscape.

The division replaced a small, grassy area outside the exchange building with a few shrubs and some carefully placed large rocks. It not only improved the appearance, she said, but also made the spot less likely to be trampled by people walking into the exchange.

Examples of their work dot the new Building One headquarters: A small outdoor sitting area outside the station commander&#8217;s office; an outdoor atrium with a rock garden and platform for small ceremonies; and the entrance way with a similarly themed large planter.

The projects are designed to be easy to maintain, appropriate for the environment and pleasing to the eye. They often have a Japanese theme, including rock gardens, Japanese concrete lanterns, trees and the boulders.

Sztuk said the division recycles plants and structures such as trellises to help save money.

The division is directed to transplant every tree possible. For those that can&#8217;t be saved, a new tree must be planted to replace each tree cut down, said Navy Civil Engineer Corps Cmdr. David J. Sasek, station facilities officer.

Trees are used in new projects, housing areas or to screen unsightly buildings.

Architects come up with many projects on their own but organizations also can ask for help.

This summer, work will begin on a new entrance to the station chapel. The chaplain had asked for a new sign to announce services, and Sztuk and Hensley realized it was a perfect chance for a project.

She made a series of sketches, which eventually led to the design selected.

Designing landscapes is one of Hensley&#8217;s favorite parts of the job. From a simple doodle, she creates several detailed drawings to demonstrate how much plants and landscaping can improve an area.

Sztuk has been making aesthetic improvements since he arrived about five years ago. One of his earliest projects was moving the Vietnam memorial, which had been obscured by the installation of a transformer.

He opened the design process to the Japanese architects in his office. Everyone came up with ideas and the best were sent to the commander for selection. The Japanese employees have been involved since, helping to create an Asian feel to many landscapes and teaching the office about suitable local plants.

While the changes may go unnoticed around the station, the success is measured in small ways. People don&#8217;t drop trash or walk on grass when an area is landscaped.