Beach storming and Ospreys on foreign vessels at Trident Juncture 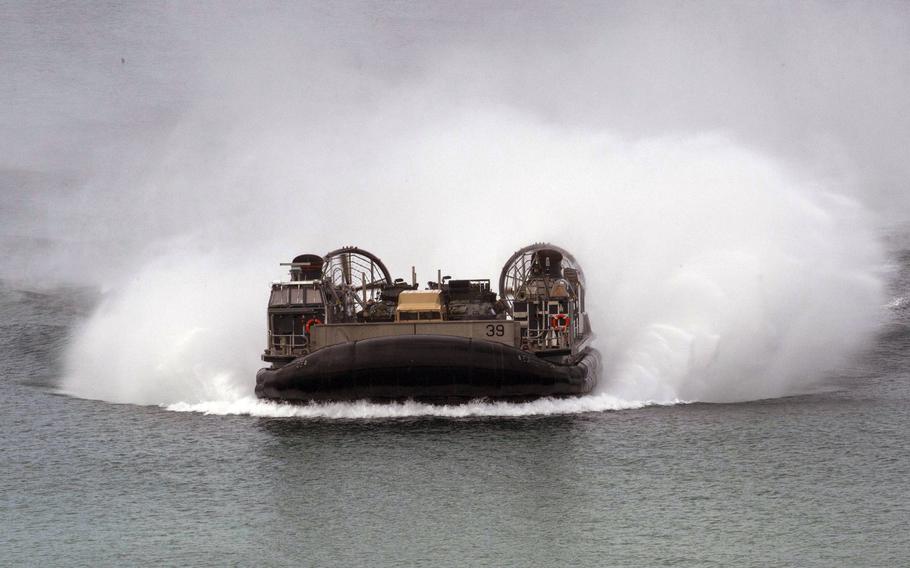 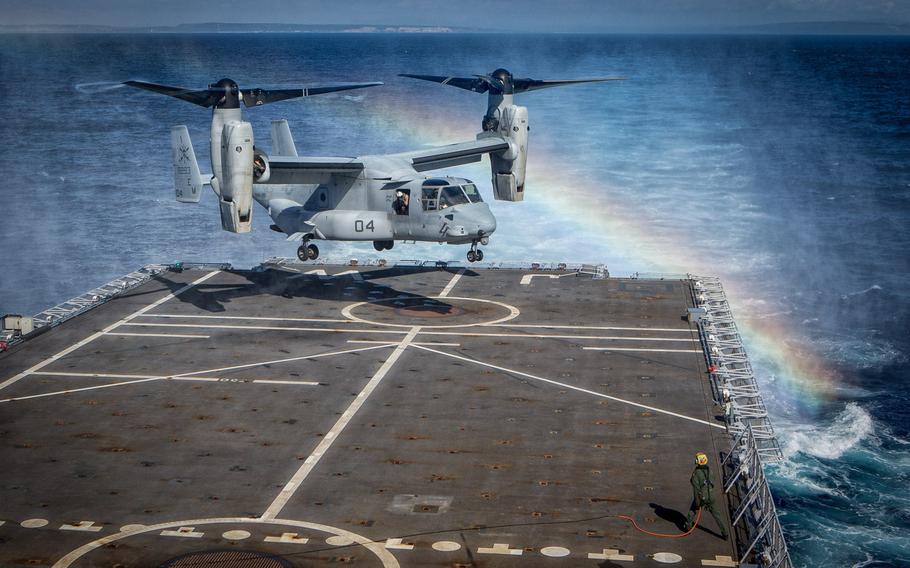 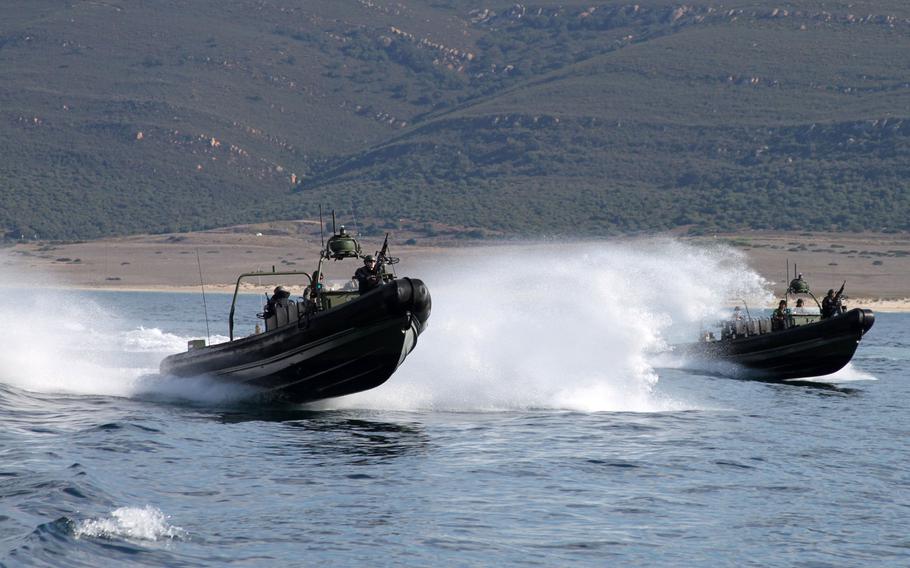 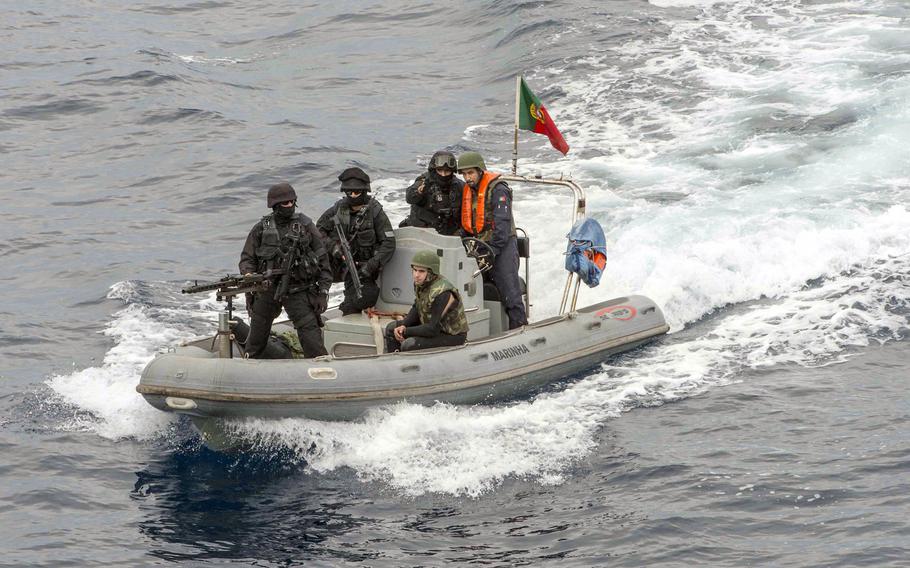 A Boarding Team, from NRP Vasco Da Gama, participating in a boarding exercise with Her Majesty's Canadian Ship Halifax, rides in a Zodiac on Oct. 23, 2015. (Department of National Defence, Canada) 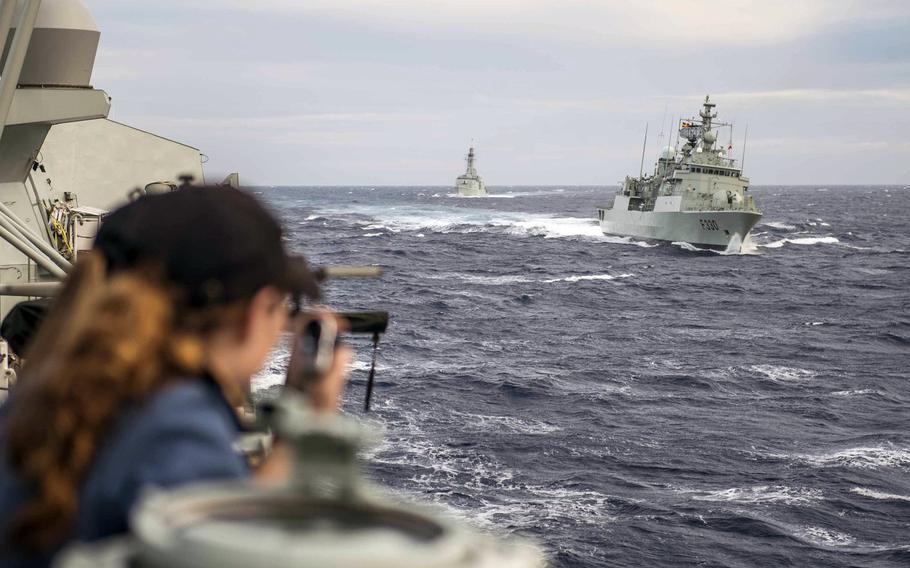 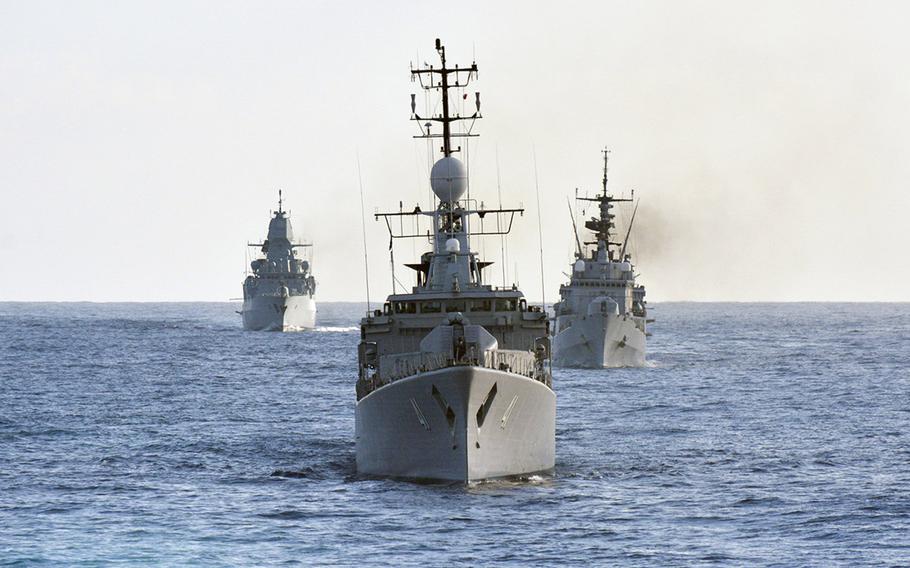 While participating in NATO's Exercise Trident Juncture 2015, the combined task group composed of SNMG2 units and three other ships conducts a manoeuvring exercise in formation. Depicted from front to back are Bulgarian frigate Drazki, Italian frigate Zeffiro and German frigate Sachsen on Oct. 24, 2015. The units of Standing NATO Maritime Group 2 are participating in multinational exercises. (Alyssa Bier/German Navy)

NAPLES, Italy — NATO allies are flexing their muscles at sea halfway through the alliance’s biggest land, air and sea exercise in more than a decade.

Amphibious and naval operations have been the early focus of Trident Juncture 15, a 19-day exercise involving 36,000 participants at sites across Spain, Portugal, Italy and in nearby waters.

Next week, U.S. Marines will land and launch their MV-22 Ospreys from the Spanish ship Juan Carlos I, the latest test of the Corps’ plan to operate Ospreys off foreign vessels because of a lack of American amphibious warships in the theater.

Trident Juncture is designed to test NATO forces’ speed and ability to adapt to a wide-spectrum of conflict. Each event involves the fictitious country of Sorotan, which faces invasion from a hostile neighbor.

The exercise will certify the NATO Response Force and its quick-reaction Spearhead task force for the coming year.

Planning for Trident Juncture began two years ago, the aim being to mark NATO’s transition from its counterinsurgency-focused campaign in Afghanistan to a broader range of operations.

Russia’s seizure of Crimea from Ukraine, the expansion of Islamic militant groups in North Africa and the Levant and NATO responses to both have since changed those plans, officials said. The alliance recently decided to increase the size of the response force and created the Spearhead force, designed to deploy to a crisis with 48 hours.

More than 30 nations are participating in Trident Juncture, contributing over 70 ships, submarines and maritime patrol aircraft to the exercise, in addition to air force and army components. More than 3,000 marines from multiple countries also are participating.