Beach bum back to soldier 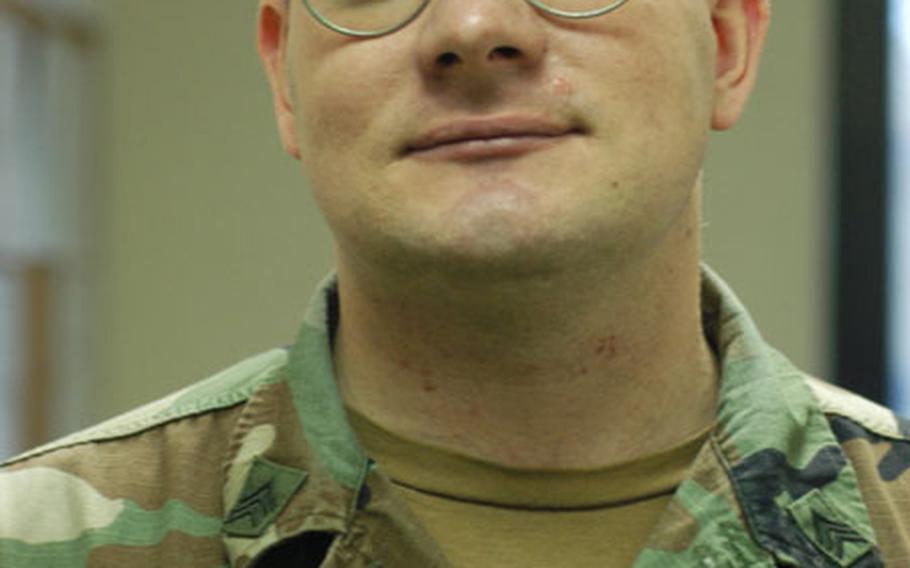 Gliding through warm, crystal-clear waters, the only pressure coming from the soft tug of a gentle breeze filling the boat&#8217;s sails. Anchoring off quiet, secluded coves, and exploring lush tropical forests and talcum-powder beaches. Barhopping barefoot in Barbados, hanging out with carefree Caribbean cowboys and bikini-clad tourists.

It&#8217;s the stuff Jimmy Buffet songs and dreams of early retirement are made of. And for two rum- and sun-soaked years, that is exactly what Jeff Woodlock did after getting out of the Army.

Those days provide stories to entertain his fellow paratroopers &#8212; now that he&#8217;s back in uniform, a sergeant in the elite long-range surveillance unit Company E, 51st Infantry Regiment in Darmstadt, Germany.

After a four-year hitch as a grunt in the 82nd Airborne Division based at Fort Bragg, N.C., Woodlock turned his GI Bill money into a degree in horticulture while putting away extra cash managing a golf course in Miami.

But even life on the fairways can grow tiresome, and after four years &#8212; in the winter of 1997 &#8212; Woodlock caught himself looking toward the sea. Although Woodlock, who was born in San Antonio, Texas, never had sailed in his life, stories of the high seas had always intrigued him.

Woodlock plopped down $15,000 and bought a 32-foot, custom-built live-aboard and tried his hand at the helm of his very own sailing ship.

From there, he literally went where the winds took him, bouncing from one exotic port of call to the next, island-hopping from the top of the Bermuda Triangle all the way down to the coast of South America.

At one point, he almost got run over by a cruise ship. He had anchored for the night in an island cove not realizing the strength of the currents.

&#8220;That was about the scariest thing that ever happened to me,&#8221; he said. Most of the time it was just one long party among a string of live-aboard girlfriends.

While the call of the sea was strong, stronger still was the tight bond of the brotherhood-of-arms.

And so, after sailing Sea Love into the harbor at Titusville, Fla., under the shadow of Cape Canaveral&#8217;s big launch pads, Woodlock walked into an Army recruiter&#8217;s office and said he wanted to go back into the airborne infantry.

Within 48 hours, Sea Love was sold to the highest bidder and Woodlock was back in the Army.

But true to his nomad ways, his thoughts have turned again to the sea. As luck would have it, his next Army assignment is taking him to Hawaii&#8217;s 25th Infantry Division in February.