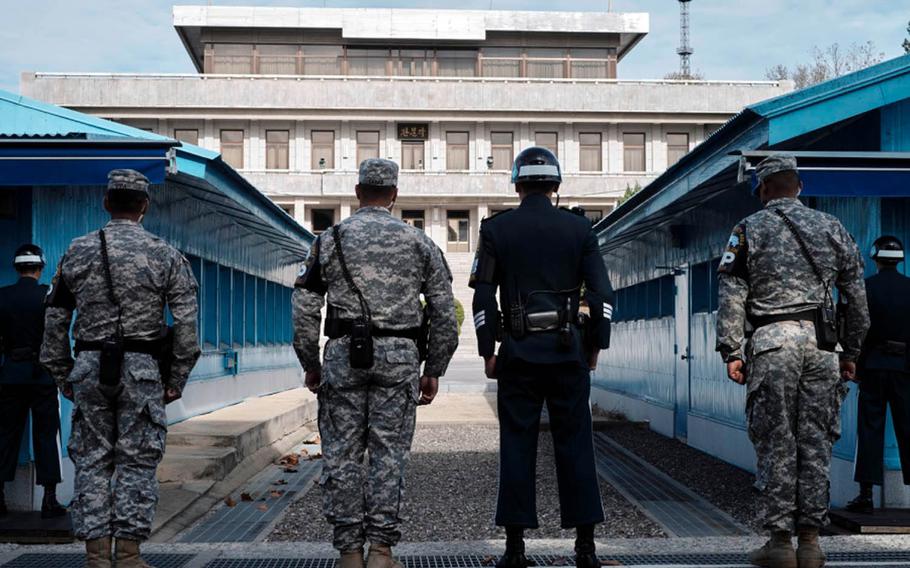 U.S. and South Korean guards stand at the Joint Security Area in the Demilitarized Zone between North and South Korea, Nov. 1, 2015. The BBC World Service will launch a daily radio program in North Korea as part of its biggest expansion since the 1940s. (James Kimber/Stars and Stripes)

The BBC World Service will launch a daily radio program aimed at North Korea as part of its biggest expansion since the 1940s.

The Korean service will be transmitted in short wave in a bid to evade the communist regime’s government censors, the Financial Times reported.

It’s one of 11 new language services announced Wednesday by the British Broadcasting Corp. as part of an expansion financed by a $360 million funding boost from the British government.

“Through war, revolution and global change, people around the world have relied on the World Service for independent, trusted, impartial news,” World Service director Fran Unsworth said. “As an independent broadcaster, we remain as relevant as ever in the 21st century, when in many places there is not more free expression, but less.”

The plan is likely to anger the North Korean regime. Tensions on the divided peninsula have spiked this year over Pyongyang’s nuclear weapons program.