‘Bazaar with Heart’ happening in Bamberg 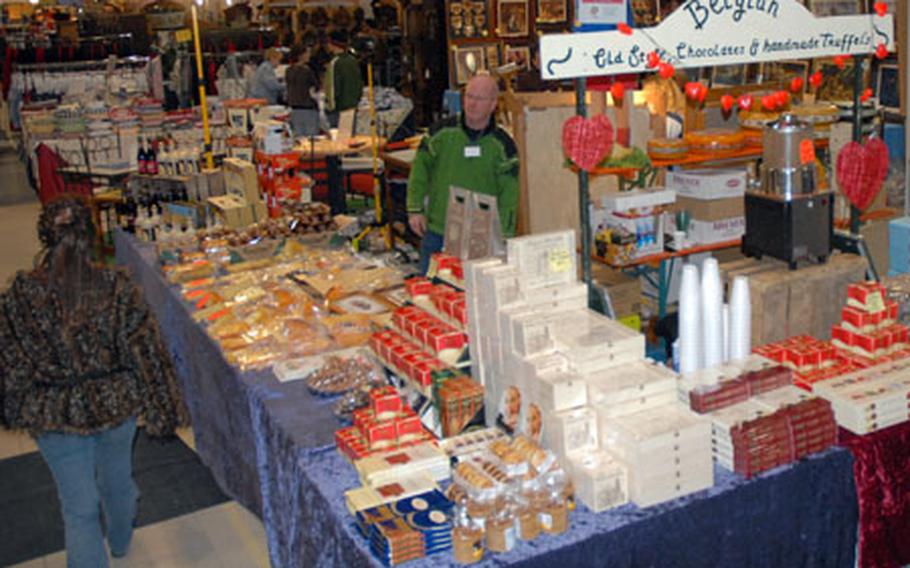 More than 40 vendors from all over Europe have set up booths for the annual "Bazaar With Heart" at Warner Barracks in Bamberg, Germany, which is open through Sunday. Military ID card holders can find deals on everthing from Belgian chocolates to English bone china to Black Forest cuckoo clocks. (Mark St.Clair / S&S)

BAMBERG, Germany &#8212; Bargain hunters in Bamberg may be in for a good deal this weekend.

More than 40 vendors from as far away as Portugal and Holland are on hand, selling everything from Dutch cheese to antique furniture.

Anyone with a military identification card can shop and cash, checks and credit cards are all accepted.

When asked about bargains, Holland said that she saw a piece of pottery for sale that she paid double for on the local economy.

One of the main ways the bazaar is monetarily successful is through raffles, and every one of the participating vendors has contributed an item to be given away. A few larger-ticket items, such as a car navigation system, will also be given away.

Holland added that although items are selling well, customers shouldn&#8217;t worry that things will sell out. &#8220;The vendors are constantly bringing in new merchandise.&#8221;