Baumholder teachers get in step at ‘in-service’ day 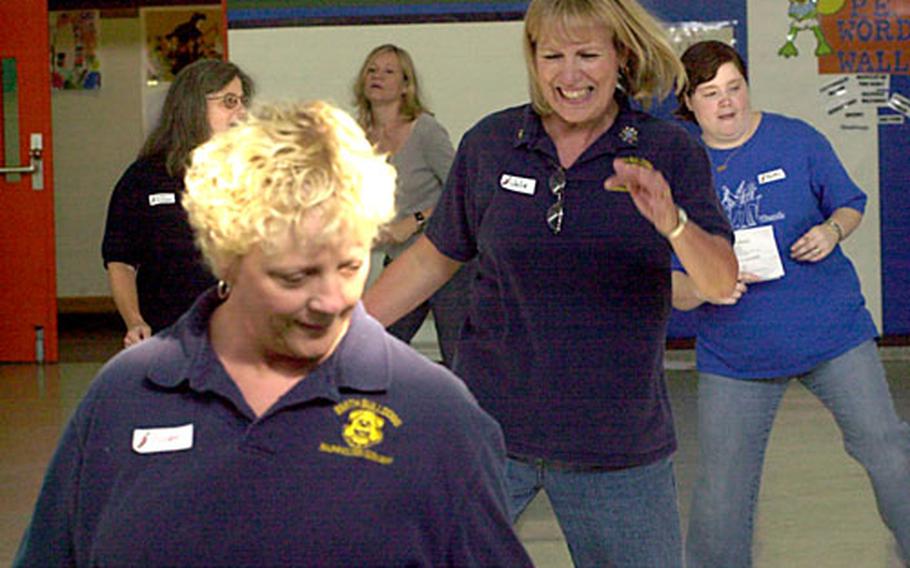 File line-dancing under “it looks easier than it is.” Julie Lindke, a third-grade teacher at Smith Elementary, wasn’t the only teacher who had trouble remembering the long step sequences. Line-dancing was one of about a dozen offerings at Wetzel Elementary during Friday’s in-service day, which brought both schools’ staffs together. (Terry Boyd / S&S)

File line-dancing under “it looks easier than it is.” Julie Lindke, a third-grade teacher at Smith Elementary, wasn’t the only teacher who had trouble remembering the long step sequences. Line-dancing was one of about a dozen offerings at Wetzel Elementary during Friday’s in-service day, which brought both schools’ staffs together. (Terry Boyd / S&S) 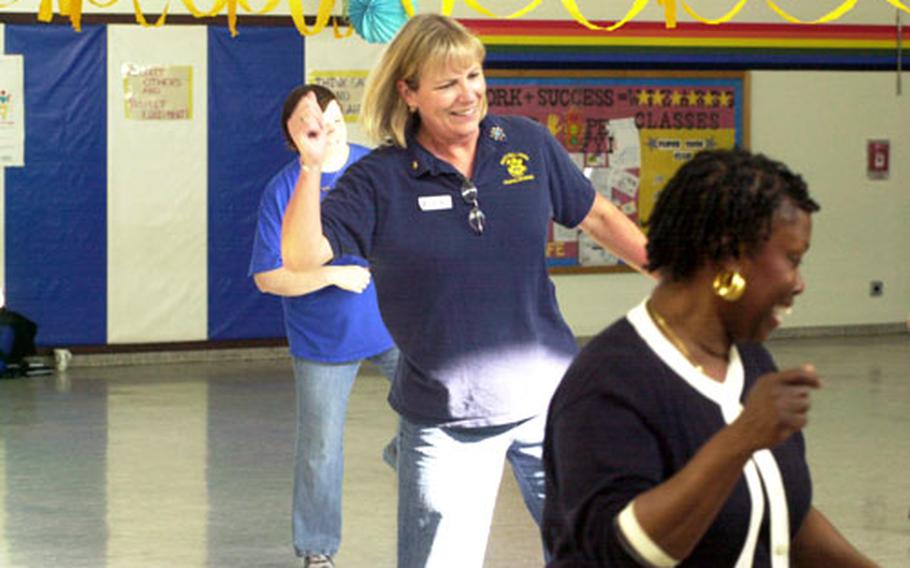 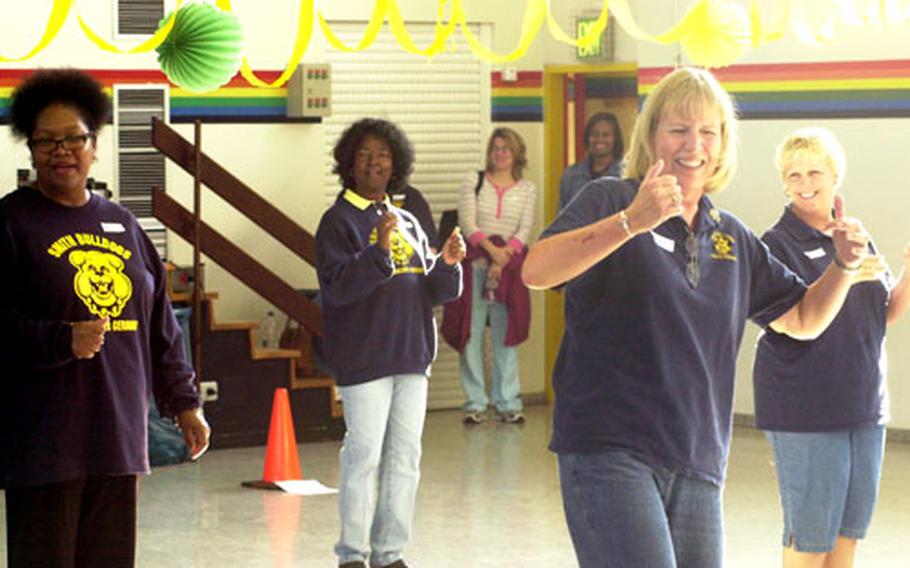 Friday&#8217;s in-service training pretty much centered around the core subjects of eating, dancing and stealing, which at first may not seem like typical Department of Defense Dependent Schools pursuits.

There was, however, method to the madness as about 60 teachers came together from neighboring Wetzel and Smith elementary schools to enhance teaching skills and to bond in anticipation of tough times during an impending Iraq deployment.

Teachers began the day with a gigantic breakfast, cooked up by the hosting Wetzel faculty. The line-dancing/gym work was courtesy of Wetzel teacher Lydia Johnson. And stealing good teaching methods was precisely the point.

In the Staff Development Day structure, &#8220;stealing&#8221; is known as &#8220;collaboration,&#8221; with the best teachers always open to new techniques to benefit students.

Johnson&#8217;s line-dancing looked like pure fun, but addressed everything from physical education standards to problem-solving and comprehension, Balilo said. And students will be gratified to know their teachers were intensely tested by the long, complex step sequences.

Teachers selected between a smorgasbord of other events, ranging from Melissa Schoenfeldt&#8217;s &#8220;Edible Maps and Other Elementary Geography Fun&#8221; to Dorrie Meckes&#8217; talk on auditory perceptual judgment and methods to help children discern sounds so they can &#8220;decode words.&#8221;

Teaching students is one thing; teaching teachers quite another. But each Wetzel instructor, including Meckes, used one phrase over and over: &#8220;They got it!&#8221;

Along with new techniques, teachers came away with new colleagues, said Jacqui Gustaferro, who gave a seminar on publishing student writing.

Friday&#8217;s activities also were meant to help teachers build bigger support networks as the deployment approaches. &#8220;Taking care of staff so they can take care of kids,&#8221; was the way Balilo put it.

Expanding of horizons beyond the physical confines of a school may be most important for specialists, such as art and music teachers, who are the only ones in their school. It used to be teachers closed their doors and taught their lesson plans, Rose said. But, Balilo said, both she and Rose want to open that door and get teachers more involved in planning and collaboration, &#8220;to cultivate and empower.&#8221;