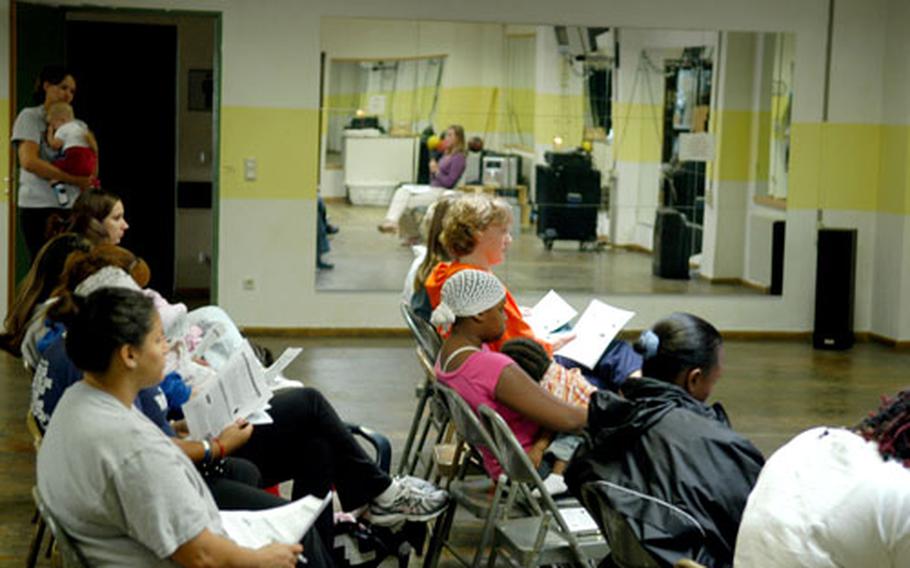 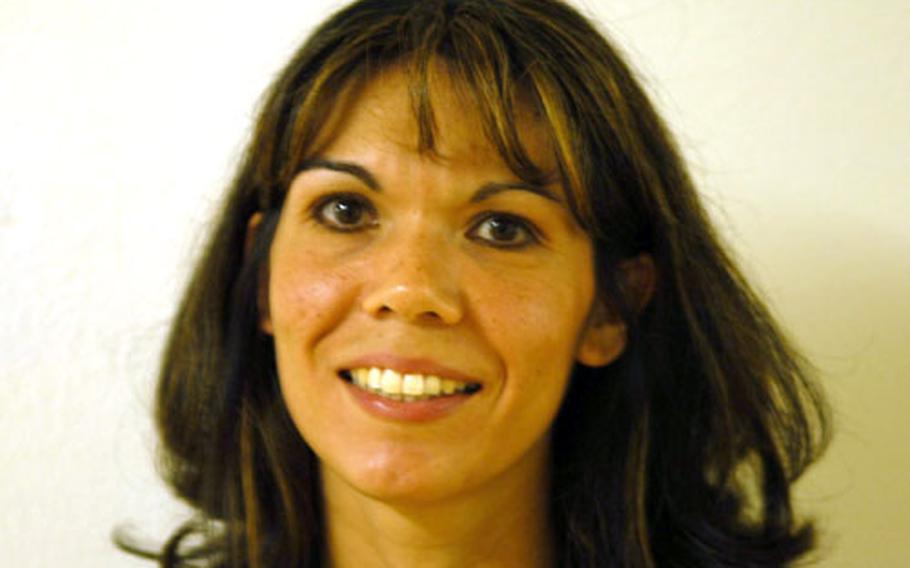 BAUMHOLDER, Germany &#8212; Honey Bueno weighed herself in 2002, and the scale tipped to a number higher than what she had weighed during pregnancy. That was the breaking point &#8212; for her decision to lose weight. Not the scale itself.

But making time each day for an hour of exercise paid off, and these days Bueno is a svelte fitness instructor who is helping other Baumholder spouses get trim.

To combat flab, and to get spouses ready for the Baumholder 2nd Brigade soldiers who are expected to return in November, Bueno has helped set up &#8220;Lose to Win,&#8221; a team weight-loss challenge. Health and happiness are also goals of the challenge, Bueno said.

The idea came from a similar program in Grafenw&#246;hr, said Bueno, who is a certified fitness instructor and a sports specialist at the Rolling Hills Athletic Club in Baumholder.

The five people in each team will work out together until the fateful final weigh-in on Nov. 3. Teams get a point for each pound lost and five points for each percentage point of body fat that is lost, Bueno said.

It costs $9 to enter the program, and the team with the most points at the end will receive some sort of prize, Bueno said, though she hasn&#8217;t figured out what that will be.

Daily life, especially for spouses of deployed soldiers, can make exercise and nutritious eating seem like a distant and unattainable goal, Bueno said.

Bueno said one lady she knows cooks a couple days&#8217; worth of meals at a time and then portions them out, so that quality food is on hand when the week gets hectic and Taco Bell beckons.

Being on a weight-loss team will help the participants on those days when they&#8217;d rather stay put on the couch, she said. Some spouses said they want to get in shape for their returning soldiers.

Stress from a number of factors, including a deployed spouse, can trigger bad eating habits, said Sharon Rhodes, a dietician with WIC Overseas who spoke to some team members about diet on Thursday.

Baumholder spouses aren&#8217;t the only Americans battling the waistline bulge. Folks back in the States just keep getting fatter.

A state-by-state ranking recently released by the Trust for America&#8217;s Health found Mississippi to be the heftiest state in the union, where 30 percent of the adult population is obese.

Colorado was ranked as the leanest state, where about 18 percent of adults are obese. An obese person generally weighs more than 30 percent more than their ideal body weight, which is calculated using body mass, height and other factors.

Recent media reports link obesity to such health problems as increased diabetes and heart disease risk, as well as a reduced ability to beat some forms of cancer.

Shannon Blackshear, a Savannah, Ga., native and Army spouse, just got back from a trip home and all that good Southern cooking that came along with it.

She said she was recruited for the program and likes the team approach.

The change is not only about her appearance, Blackshear said. It&#8217;s also a matter of showing her kids how to be healthy.