Baumholder soldier dies of unknown cause before wedding 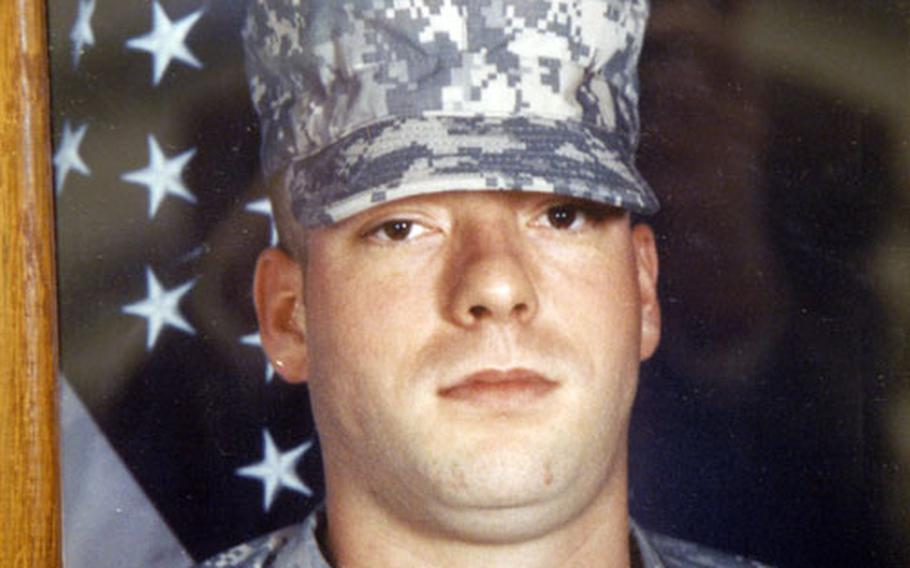 BAUMHOLDER, Germany &#8212; Before his next deployment, Pvt. James M. Puckett wanted to make a special trip home to Ohio to marry his high school sweetheart.

His leave schedule had to be adjusted, which leaders were more than willing to do.

On Tuesday, soldiers gathered at Chapel 1 in Baumholder to mourn Puckett, 25, who died on the morning of his July 1 wedding. The cause of death remains undetermined, pending autopsy results.

This much, Clark said, is known: Puckett went out for his bachelor party on June 30. He returned home about 2:30 a.m. When his mother tried to wake him later that morning, Puckett was unresponsive.

Soldiers, reflecting on Puckett, say he will be remembered for the enthusiasm he brought to his work and his generosity toward friends.

If things were dull or a fellow soldier was feeling down, or if you were looking for a good time, &#8220;Puckett was your man,&#8221; said Pvt. Anthony Rampello.

When Rampello first arrived in Baumholder, it was Puckett who took him around and introduced him to everyone. By the end of the day, Rampello said he knew just about everyone&#8217;s name.

Puckett joined the Army in February 2006 and deployed to Iraq that September.

First Lt. Justin Watson said that while many people understandably gripe as they try to complete the Army&#8217;s challenging missions, Puckett &#8220;tackled his work with a grin.&#8221;