Baumholder pupils to run distance to Baghdad in ‘Mile Marathon’ 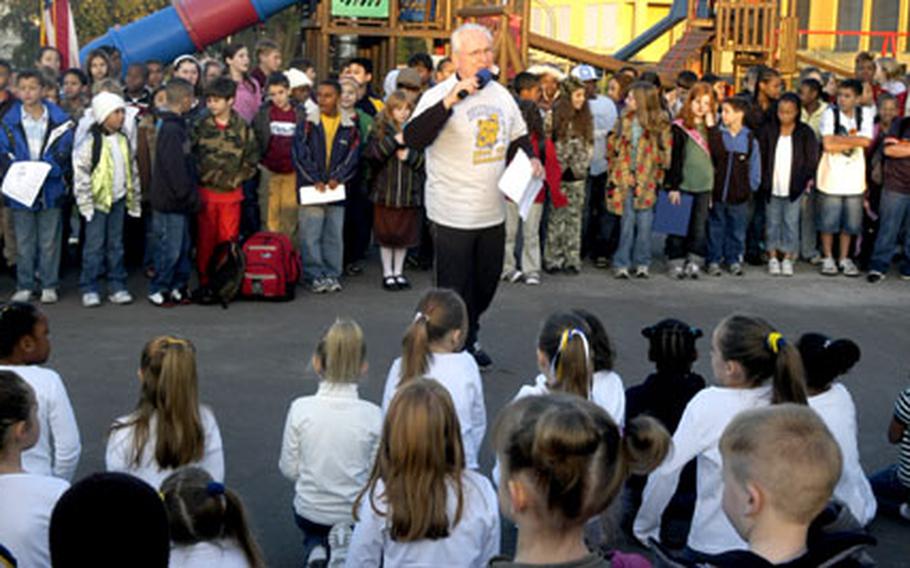 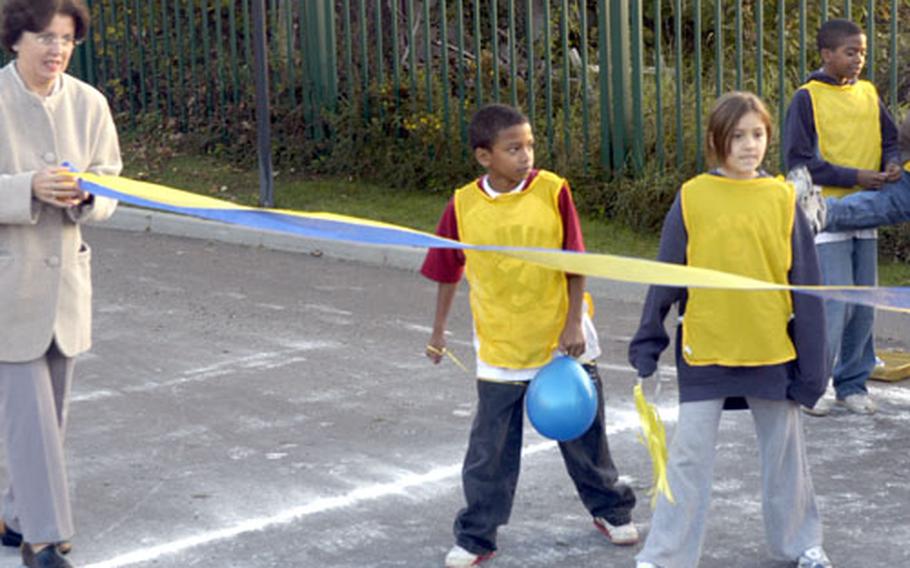 Smith Elementary students prepare to take the first steps toward covering the equivalent of the 2,194 miles between Baumholder and Iraq. (John Vandiver / S&S)

BAUMHOLDER, Germany &#8212; Students stretched out on the gym floor, breathless and recuperating from an early morning jog.

For the next several months, the roughly 360 students at Smith Elementary School will be running laps and tallying the distance as part of the school&#8217;s &#8220;Mile Marathon to Iraq.&#8221;

On Monday, 18 students took the first steps toward the 2,194 miles from Baumholder to Baghdad. Each day, a portion of gym class will be dedicated to cutting the distance down to zero, Marcus said.

&#8220;With our troops deploying, this would be a great way for us to connect with them,&#8221; said Principal Joseph Caruselle, explaining the run.

Caruselle said the effort should be completed about the time of the 2nd Brigade, 1st Armored Division&#8217;s March deployment to Iraq. Extra miles also will be run for those students who have family members deployed in other areas, such as Afghanistan and Romania, he said. A world map in the cafeteria will mark the students&#8217; progress.

During the kickoff ceremony, Marcus galvanized the students during a morning pep rally, where songs and cheers preceded the first run.

School staff recently chalked out the running course, which meanders around the school and takes five laps to equal a mile.

Marcus said she came up with the idea for the marathon while researching ways to get students more interested in exercise.

&#8220;I thought, how can I get the students motivated to run in gym class? I thought this is something the students can get excited about. It connects them with their parents,&#8221; she said. &#8220;Now even the students you wouldn&#8217;t think would be excited about running are ready to run.&#8221;