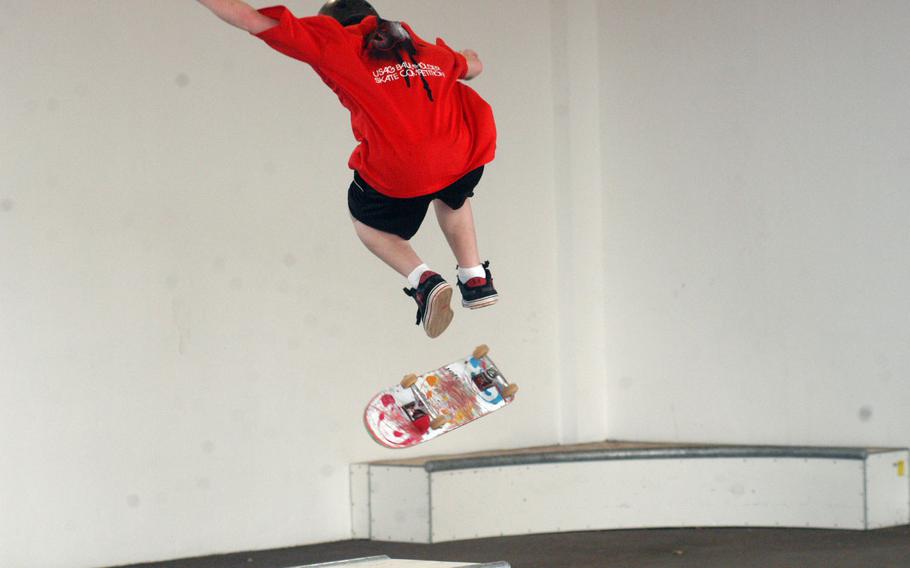 Garold Largent, 15, airs it out prior to a competition at Baumholder. He was competing for his third straight title in the competition run by Child, Youth and School Services. (Seth Robbins/S&S)

Garold Largent, 15, airs it out prior to a competition at Baumholder. He was competing for his third straight title in the competition run by Child, Youth and School Services. (Seth Robbins/S&S) 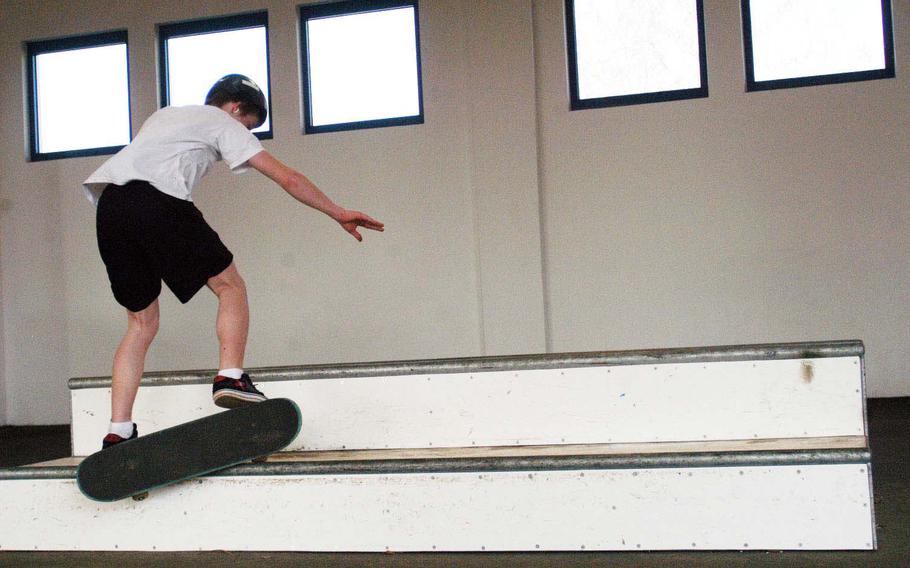 Garold Largent, 15, grinds across a box before the third annual skateboard competition at Baumholder. He has won the past two years. (Seth Robbins/S&S) 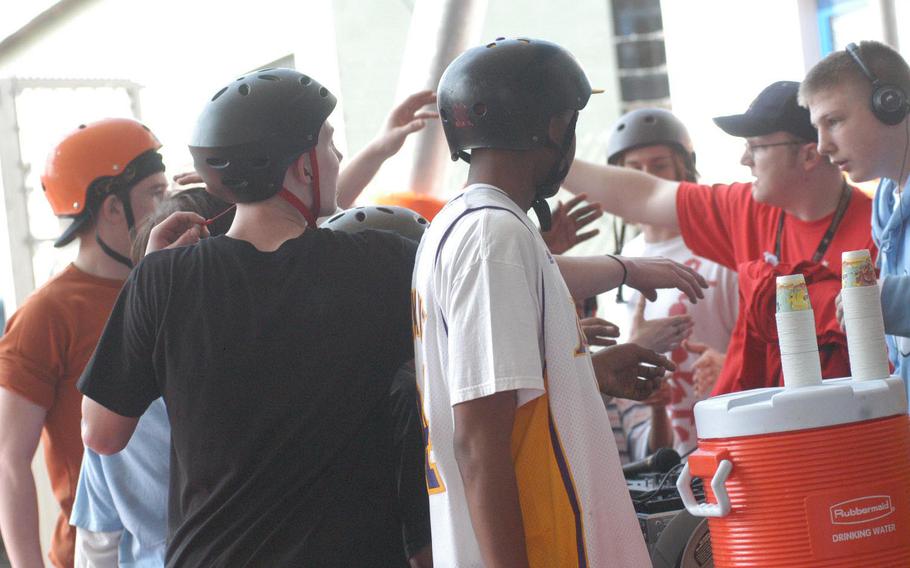 Skateboarders crowd around Eric Christ as he hands out T-shirts to participants in the skateboard competition in Baumholder on Friday. Christ helped to run the event for Child, Youth and School Services. (Seth Robbins/S&S)

Wheels whirred and boards slapped the pavement as some two dozen teens performed three-minute routines. The crowd cheered each kickflip and Ollie.

Competitors, ranging in age from 10 to 18, traveled from Bamberg, Ramstein, Schweinfurt and Stuttgart to participate in the event, held on a warm, spring afternoon.

One of them, Richard Thompson, a seventh-grader at Baumholder, was performing in his first competition. He anxiously watched the other skateboarders as he waited his turn.

Besides the routines, the skaters tried to outdo one another in a game called Skate. It&#8217;s the same as Horse in basketball, only they match tricks instead of free throws.

This is the third year that the competition was held at the $1.5-million skate park in Baumholder.

"We hope to see all the kids come together," said Eric Christ, who helped to organize the competition for Morale, Welfare and Recreation&#8217;s Child Youth and School Services. "We also hope to get the word out about the skate park."

Garold Largent, a Baumholder 10th-grader, was the favorite to take home the top prize in his age group. The 15-year-old had won the last two competitions. And he did not disappoint this time.

As he performed a few high-flying stunts, one person yelled: "He be kicking it old school."

Largent knew, however, that the win wasn&#8217;t guaranteed.