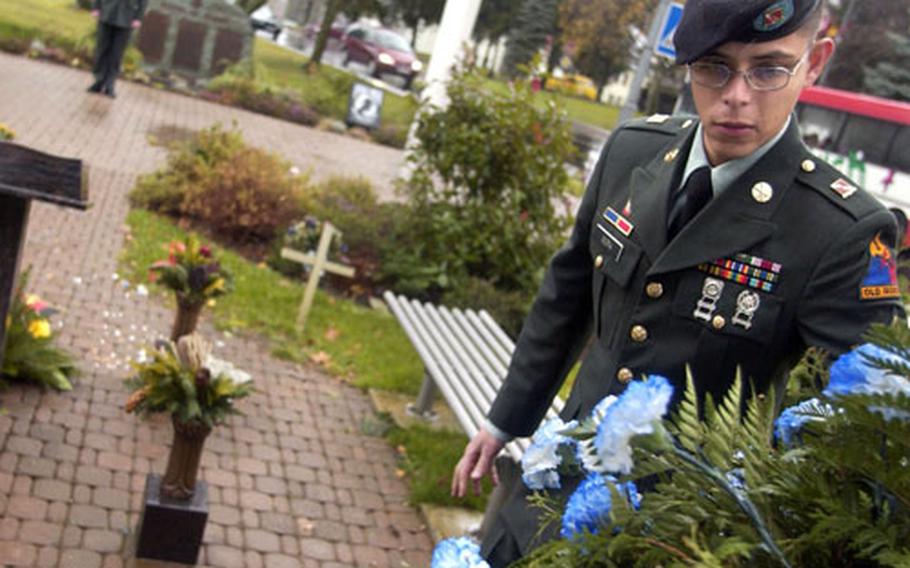 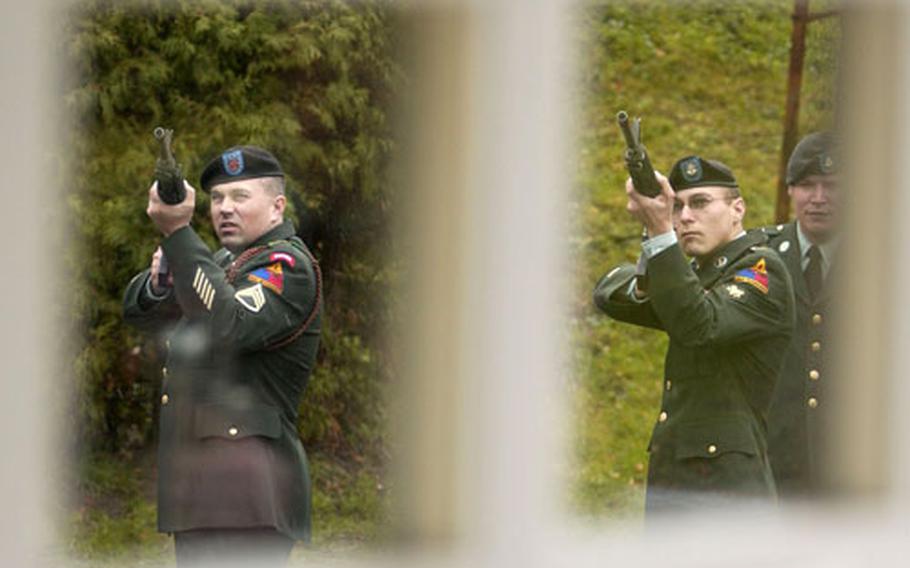 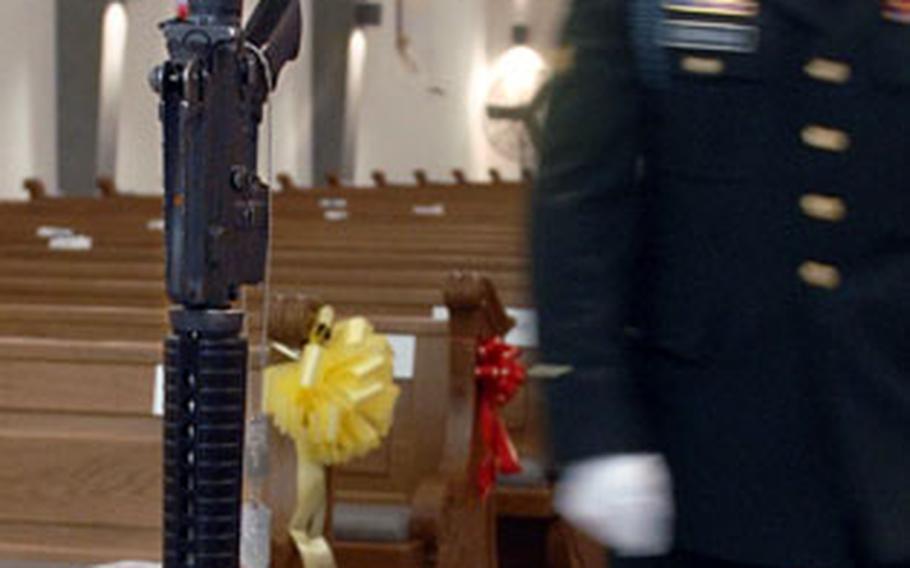 A soldier passes by an upturned rifle honoring Cpl. Jon-Eric Loney at the closure of a memorial ceremony held in the Baumholder chapel on Monday. (Ben Bloker / S&S) 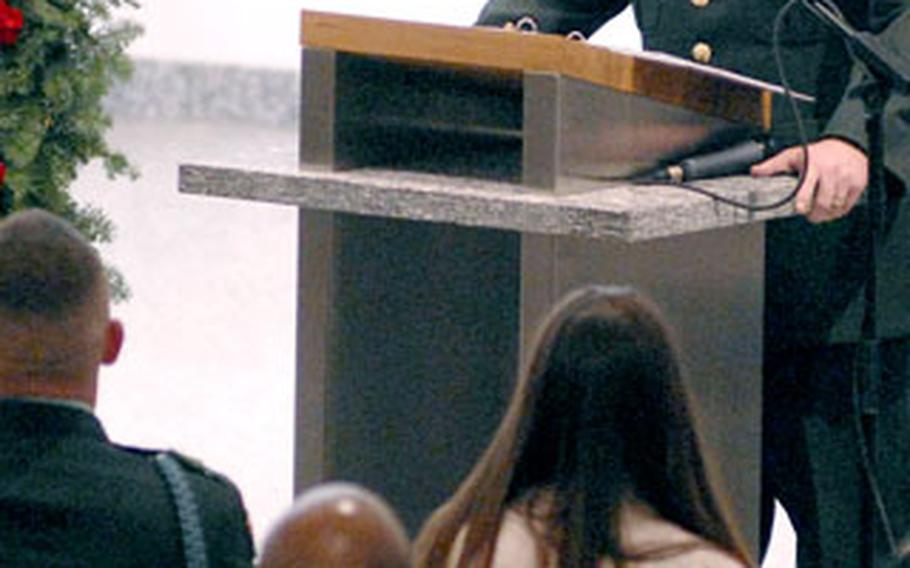 Pfc. Matthew Stern, a former comrade of Cpl. Jon-Eric Loney, recalls times that he had with the fallen soldier during a memorial ceremony Monday in Baumholder, Germany. (Ben Bloker / S&S)

The 21-year-old Alabama native died Nov. 28 from injuries after a roadside bomb detonated near his vehicle during a combat patrol in Hit, Iraq.

After basic, they were assigned to the same unit, platoon and section in Baumholder, where the soldiers remained roommates. When Stern and Loney were deployed to Iraq, they shared a room again.

One of the first things Capt. Christopher Kuzio noticed about Loney was that he was a big man who had trouble keeping up during runs. Kuzio had his doubts, but Loney proved him wrong.