Baumholder community bids final farewell to a friend and hero Staff Sgt. Karl Skelton plays taps at the end of a memorial ceremony held in honor of Cpl. Luis Tejeda at the Baumholder Chapel on Thursday. (Ben Bloker / S&S)

Staff Sgt. Karl Skelton plays taps at the end of a memorial ceremony held in honor of Cpl. Luis Tejeda at the Baumholder Chapel on Thursday. (Ben Bloker / S&S) 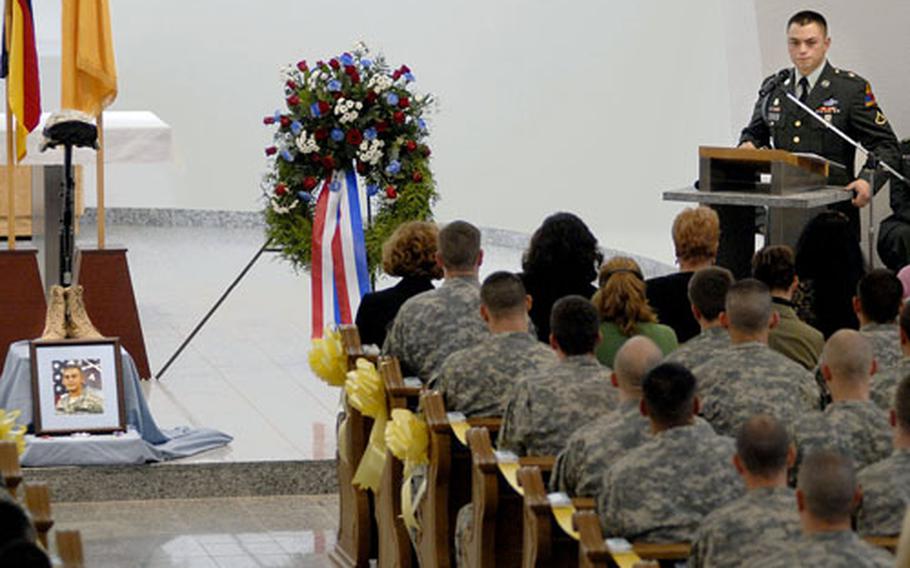 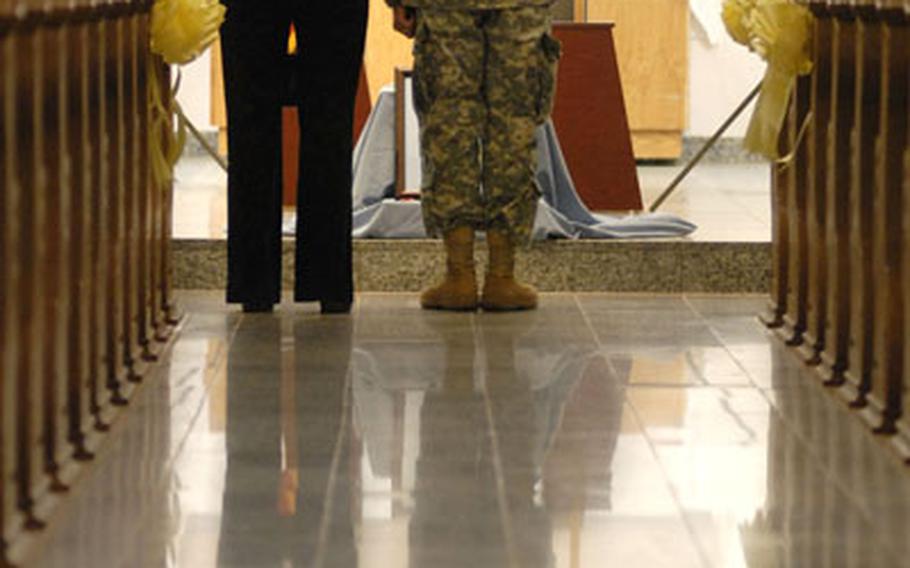 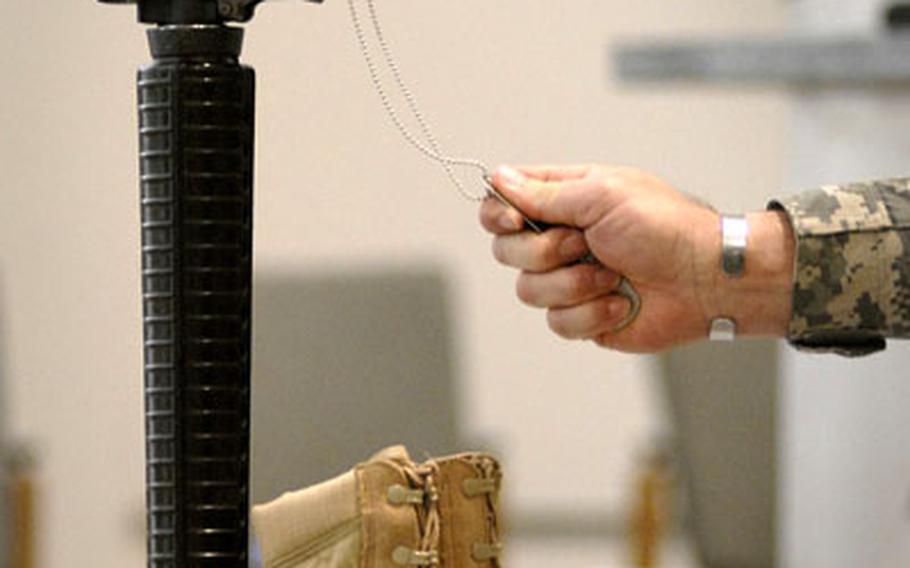 BAUMHOLDER, Germany &#8212; The unanswered roll call. The firing of volleys. The playing of taps.

Once again, those somber sounds fell upon the Baumholder community.

On Thursday afternoon, the tight-knit community that is home to the 1st Armored Division&#8217;s 2nd Brigade Combat Team bid farewell to Army Cpl. Luis E. Tejeda in a memorial ceremony.

The native of Lynwood, Calif., passed away almost a month before he turned 21.

Known as &#8220;TJ,&#8221; Tejeda will be remembered for his infectious smile, his friends said. Pfc. Dannie C. Cooper, a one-time roommate of Tejeda, expressed condolences to the fallen soldier&#8217;s family.

While living together, Cooper and Tejeda would often talk fondly about their families and going home.

A roadside bomb struck Tejeda&#8217;s Bradley while he was traveling to relieve fellow soldiers at a checkpoint. The mission Tejeda was on gave Iraqi and American forces the opportunity to search for weapons, contraband and insurgents.

&#8220;I honor Corporal Tejeda for his competence and courage to drive and be responsible for such a target,&#8221; Thornton said. &#8220;On 30 September 2006, Corporal Tejeda paid the ultimate sacrifice for his country, his unit and his brothers-in-arms.&#8221;

Tejeda was posthumously awarded the Bronze Star, the Purple Heart and the Combat Infantryman&#8217;s Badge. He is survived by his wife, Alondra, and his parents, Sergio Zuniga and Liliana Tejeda.

Baumholder has held about a dozen memorial ceremonies this year as its soldiers have been serving in Iraq, and the Baumholder soldiers are nearing the end of their deployment. Maj. Jeanine White, 2nd Brigade rear detachment commander, spoke directly to the community that has had to deal with the losses this year.