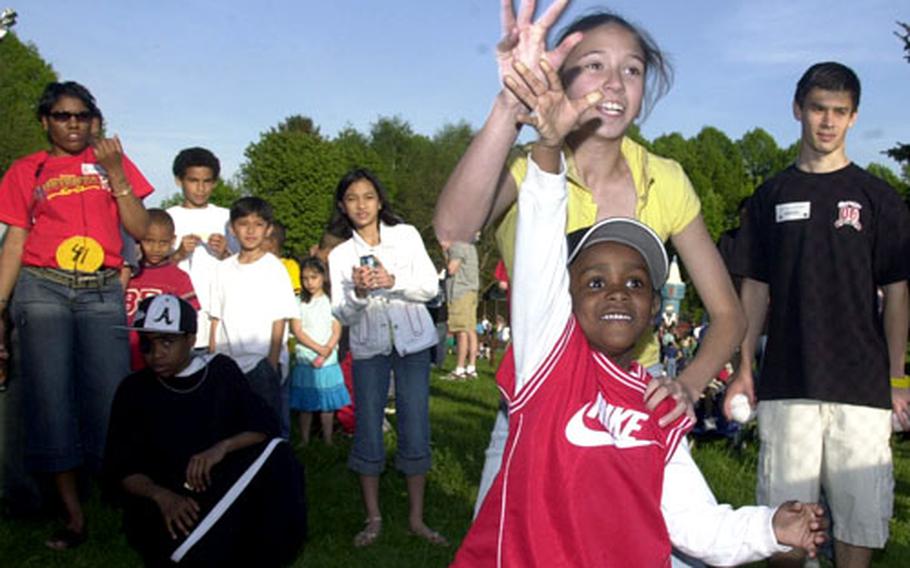 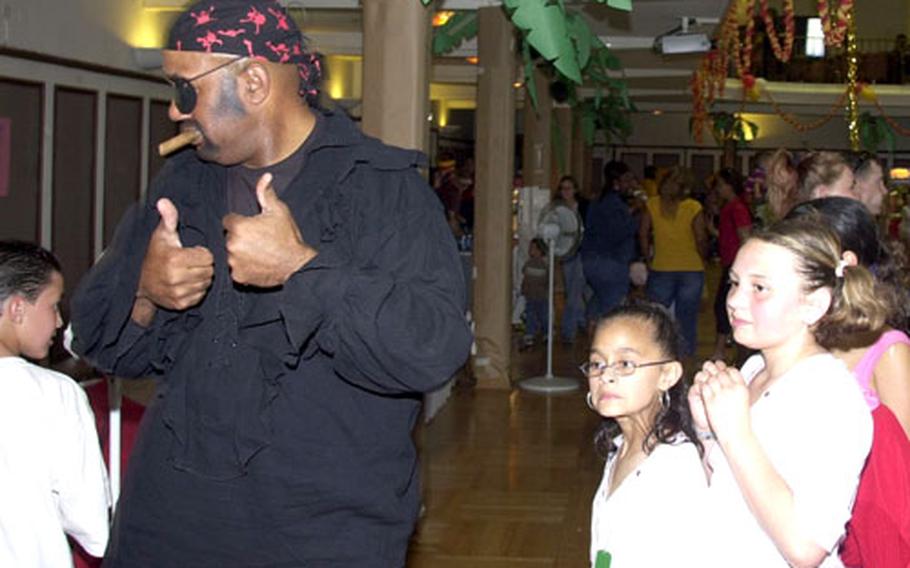 The Bucanneer Brig drew a tough crowd of brigands, but Division Artillery commander Col. Darryl William, in pirate garb, kept control of the hordes trying to spring their friends and teachers from a mock jail with a donation to the Buc Night fundraiser. (Terry Boyd / S&S) 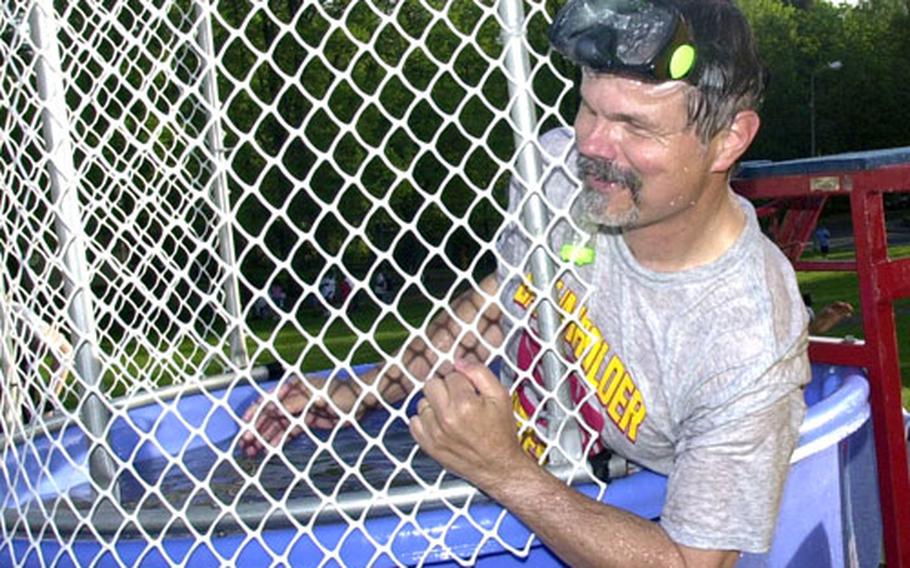 Baumholder High School Principal Danny Robinson holds on to the side of the dunk tank, after one of about 25 dips into the chilly water Friday evening. The tank turned out to be a major contribution to the Bucanneer Night fundraiser. (Terry Boyd / S&S)

The climax of the fundraiser&#8217;s auction &#8212; held Friday to benefit the Baumholder American High School &#8212; was a &#8220;Margarita Night&#8221; basket donated by U.S. Army Garrison Baumholder that included a complete dinner for eight.

When the bidding reached $2,006, auctioneer Ronald Lundy and Liz Larsen, who helped put together the package, huddled and came up with a counteroffer.

Lundy, a teacher at Baumholder, and Larsen, wife of Baumholder Garrison commander Lt. Col. James Larsen, suggested that the two bidding factions could each win a &#8220;Margarita Night&#8221; package.

Both parties agreed, doubling the amount raised to $4,012.

The money will go into a fund from which the high school&#8217;s 34-member graduating class of 2006 are eligible to draw as they go on to college or technical school.

The bidding frenzy started with the first basket of the evening, which brought $770, and continued to the end.

Though auction baskets could literally be a basket full of items, most were complete packages of anything from elaborate gardening sets, including a garden bench, to the Margarita Night extravaganza.

Family Readiness Groups from each of the 1st Armored Division units on base contributed baskets, as well did tenant units and organizations such as the American Red Cross.

Planning for the event &#8212; one of the biggest social nights in Baumholder &#8212; began in October, under Buccaneer Night chairwoman Lauren Scurlock, said Danny Robinson, Baumholder&#8217;s principal.

In addition to the auction, the school faculty, students and staff volunteered at everything from food booths to bouncy castles for small children.

Even Robinson got into the act, volunteering for the dunking booth.

&#8220;There are going to be a lot of kids in detention hall Monday!&#8221; Robinson said, laughing after an estimated 25 dips into the drink.