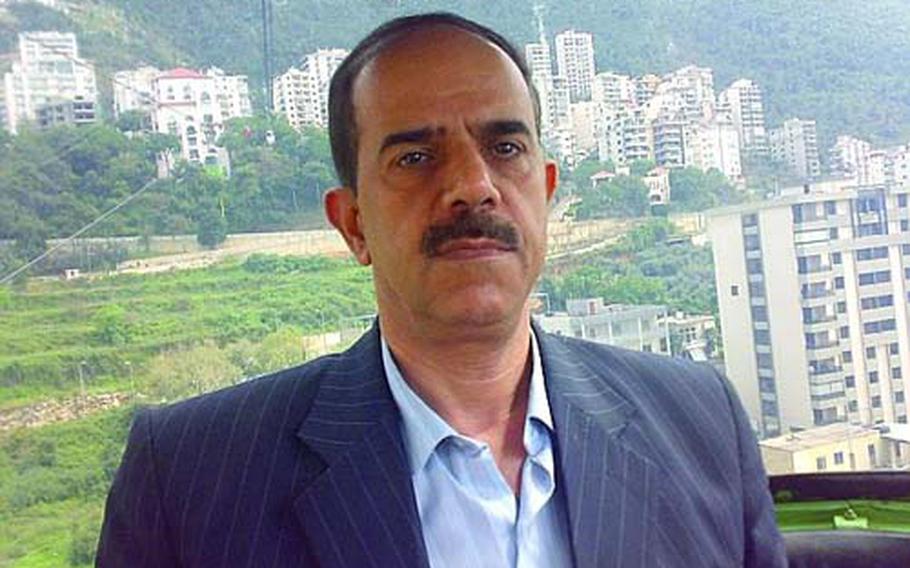 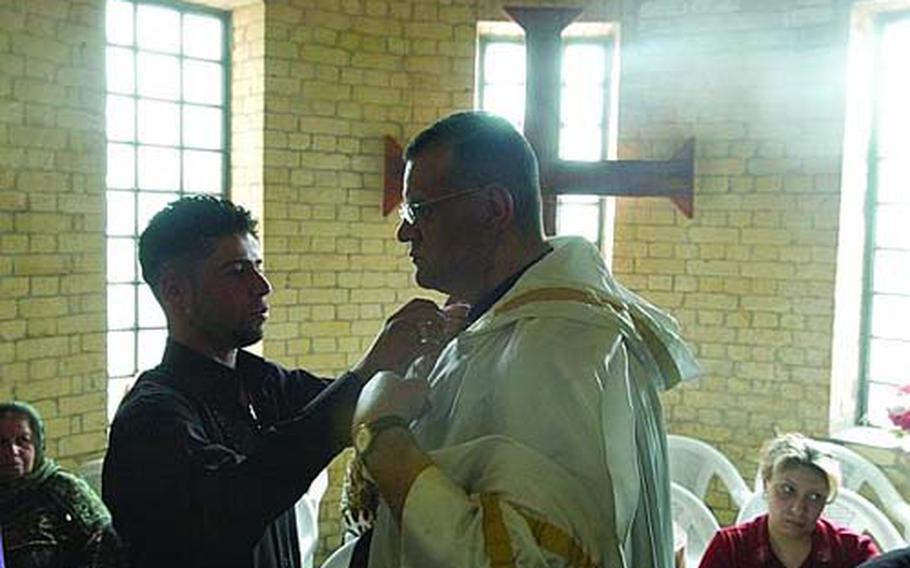 The Rev. Andrew White, a British priest who runs a Christian congregation on Baghdad’s Haifa Street, is receiving stem cell therapy in an Iraqi hospital for his multiple sclerosis. He says it&#39;s helping. (Geoff Ziezulewicz / S&S)

Amid the blast walls and cacophony of Baghdad, patients at a local clinic are receiving potentially groundbreaking stem cell therapy, treatments that remain illegal and unproven in many countries.

Dr. Abdul Majeed Alwan Hammadi is conducting the treatments for free, mostly on young Iraqis. He is a clinical hematologist who works in the Bone Marrow Transplant Center, part of Baghdad&#8217;s Medical City complex of hospitals on the eastern banks of the Tigris River.

Hammadi says he started therapies in 2008 and has so far treated 34 patients, the majority for multiple sclerosis.

Unlike the more controversial embryonic stem cells, Hammadi&#8217;s therapy uses a person&#8217;s own adult stem cells, which researchers believe may contain various regenerative and adaptive properties that potentially hold the key to curing a number of diseases.

Hammadi, who graduated from a medical college in Baghdad, claims no side effects have been reported in his patients. He said he is in the process of collecting his data for publication, while also seeking official license for the therapies from Iraq&#8217;s Ministry of Health, which funds the center.

One of Hammadi&#8217;s patients and proponents of the therapy is the Rev. Andrew White, a British priest who runs St. George Church on Baghdad&#8217;s Haifa Street.

White was diagnosed with multiple sclerosis in 1998 and said his vision, speech and motor skills were steadily degenerating until he began Hammadi&#8217;s therapy in January.

White helped Hammadi establish the bone marrow center in Baghdad in 2001, bringing the doctor and his staff to England for training in marrow transplant techniques.

White said his slurred speech and other MS symptoms improved since starting the three-hour therapy sessions, which involves Hammadi extracting adult stem cells from White&#8217;s blood and then injecting them into his spinal cord.

It is unknown why MS causes the body&#8217;s immune system to attack the protective coating around nerve fibers, known as myelin, which results in nerve damage and loss of motor functions. The condition&#8217;s severity varies, with some people improving on their own while others continue to degenerate.

The potential benefits of stem cell therapy for MS are still being analyzed and researched in the Western world, but White said he accepted Hammadi&#8217;s offer for treatment because his symptoms were so severe and he trusted his friend.

White said the therapy itself "can be a bit painful" since it involves a spinal cord puncture, but there has been a "massive difference" in his condition.

"It&#8217;s very rare for me to actually feel ill now," he said. "My balance is still quite bad and my vision is not perfect, but I do not feel ill."

MS doctors and researchers believe stem cell therapies could pose benefits for those suffering from the disease, but the research is still unproven at this point, according to Dr. Patricia O&#8217;Looney, vice president of biomedical research for the National Multiple Sclerosis Society&#8217;s research and clinical program department.

One theory is that a person&#8217;s adult stem cells can work to rebuild the myelin around nerve fibers that is eaten away by a person&#8217;s immune system under MS, halting any further damage.

Hammadi said he is the only doctor in Iraq performing such therapies, but that there are similar operations being performed in Iran and Lebanon.

At this point, the therapies aren&#8217;t proven, and any side effects from the treatments are unknown, O&#8217;Looney said. "We&#8217;re seeing a wide range of results [at the stem cell clinics], which tells us there might be a hint of benefit, but what we need to do of course is a larger study to really understand if stem cell therapy is beneficial," she said, adding that because stem cell research is only about 10 years old, enough isn&#8217;t known yet about the cells. "We do discourage anyone with MS from going to these so-called stem cell clinics," O&#8217;Looney said.

But for patients like White and others suffering from the disease, waiting for the research to come through can be too much to bear.

Part of some patients&#8217; sense of urgency comes from the disease&#8217;s unpredictability. Sometimes the disease goes into remission on its own; sometimes a patient is in a wheelchair within 10 years of being diagnosed.

As a result, MS sufferers have sought out a variety of cures over the years, O&#8217;Looney said. "If you flash back 25 years ago before [current MS therapies], people were using snake venom or bee stings."

Stem cell clinics based on untested science can also give false hope to those with MS, O&#8217;Looney said, and positive results like White&#8217;s could be due to a number of factors, from pre-existing therapy regimens to the body&#8217;s immune system correcting itself on its own. "Just because someone switched from tomato juice to orange juice in the morning and feels better doesn&#8217;t mean it&#8217;s the orange juice," she said. "The body does have the capability to repair itself."

But for some patients like White, hope is all there is when dealing with MS. No matter where the treatment takes place.

"In the midst of the war zone, I get such high-tech treatment," he said. "I can go to Baghdad and get it."