Battle-ready with nowhere to go 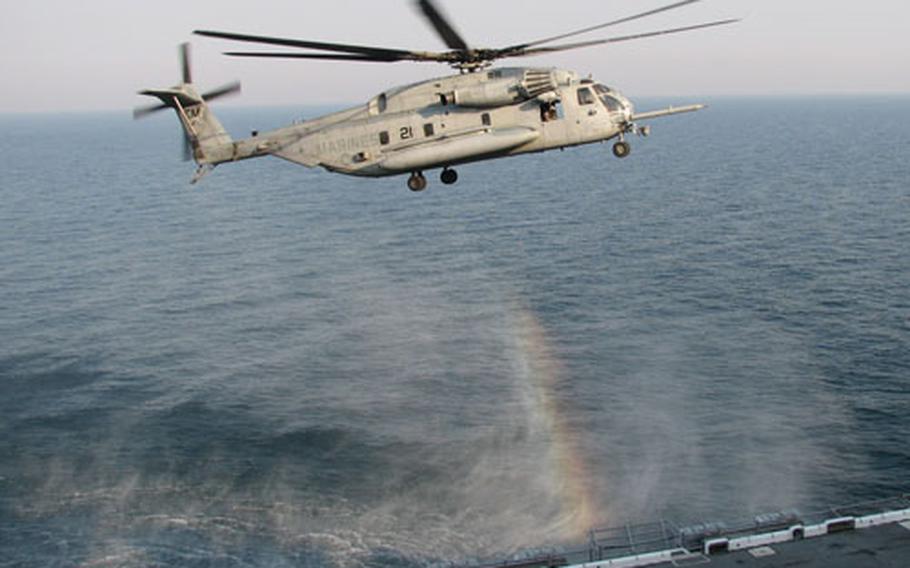 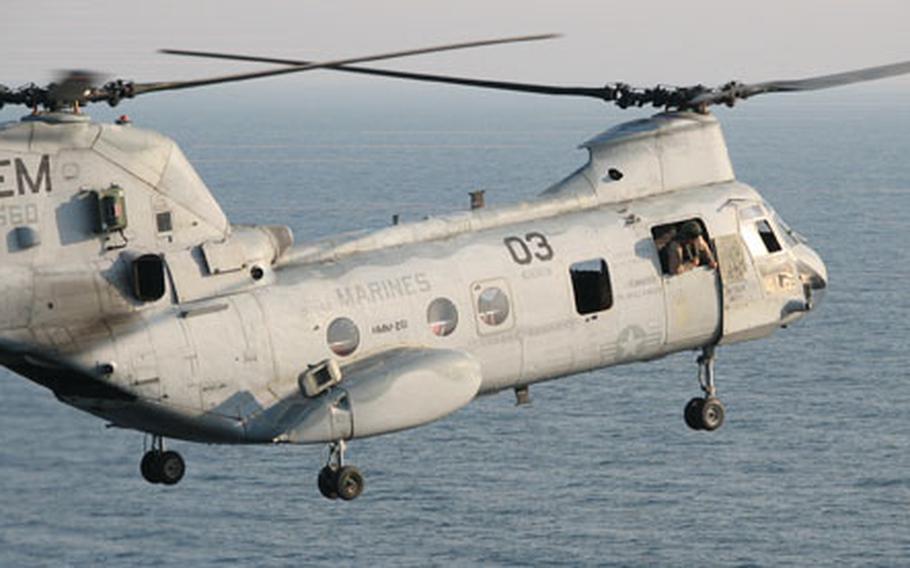 A Marine CH-46 helicopter approaches the flight deck of the the amphibious assault ship USS Kearsarge in the Persian Gulf. (Scott Schonauer / S&S) 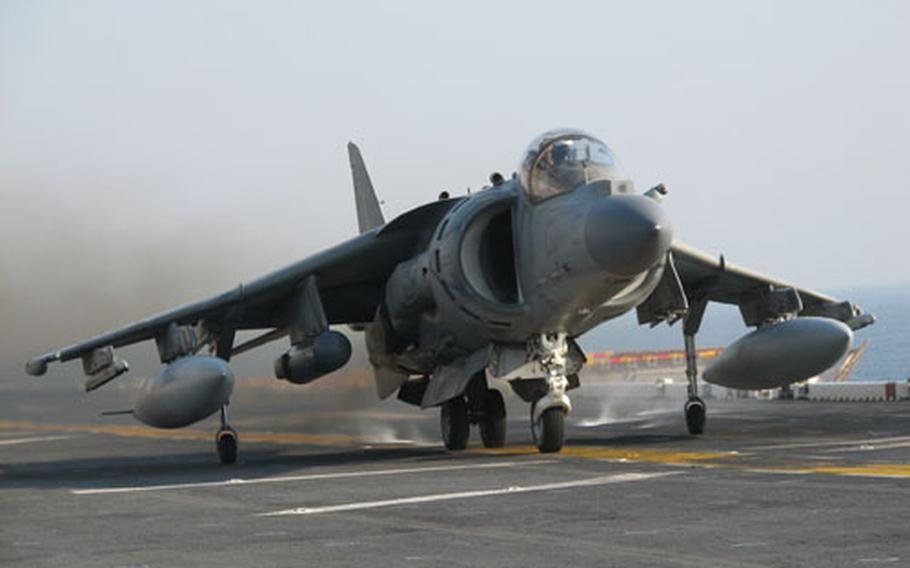 A Marine AV-8B Harrier takes off from the flight deck of the amphibious assault ship USS Kearsarge in the Persian Gulf. There are six Harriers, assigned to Marine Medium Helicopter Squadron 261, aboard the Kearsarge. (Scott Schonauer / S&S)

If Marines are needed anywhere in the Middle East or Africa, members of 22nd Marine Expeditionary Unit are the first to go. They could be asked to raid a terrorist target, respond to a natural disaster or swoop in to help protect a U.S. Embassy.

But until those orders come, the Marines train and wait aboard this amphibious assault ship in the Persian Gulf. While they have to be ready for anything, there is always a chance they may finish their six-month deployment without doing anything major.

That possibility can be excruciatingly frustrating for this new generation of battle-hardened Marines, many of whom got their first taste of combat in Iraq just days after completing boot camp. It&#8217;s an adjustment some of the unit&#8217;s younger Marines are struggling to overcome, and company commanders acknowledge morale is down at times.

A Marine Expeditionary Unit, more commonly called a MEU (pronounced ME-you), typically consists of about 2,000 Marines and serves as a quick-reaction reserve force. It includes infantry and a helicopter squadron.

You might think that most Marines would welcome a deployment with port calls to places such as Spain and Malta, where the possibility of getting shot at is remote. But many of the Marines with the 22nd said they would rather be slugging it out in Iraq or Afghanistan, where the mission is fast and simple.

Some Marines signed up because they wanted to go to Iraq or Afghanistan and many got their chance. While Marines have a long history of being aboard ships, a good portion of the warriors with less than five years&#8217; experience have never been out to sea. After boot camp, they flew by plane straight to western Iraq to join the fight against the insurgency.

At 21, Sgt. Jeffrey Sabins is already battle-tested. He joined the Corps less than four years ago and went to Iraq shortly after completing boot camp.

He&#8217;s not complaining about not going to Iraq, but he said he and others are having a tough time fighting off a formidable foe: boredom.

The reaction is similar among some of the lieutenants on board who also have been deployed to either Iraq or Afghanistan.

First Lt. David Hagner, executive officer of Company I, served as a rifle platoon leader in Iraq during his deployment last year. Although he says he understands the importance of being a part of a reserve force, he would rather be in Iraq.

Maj. Max Barela, operations officer for the unit&#8217;s Battalion Landing Team, feels the same way as the younger officers. In some ways, the job of being a part of a Marine Expeditionary Unit is more challenging because you have to be ready for anything and you have no idea what you might do.

Marines trained longer for this deployment than they would for a tour in Afghanistan or Iraq because of the various things they could be called upon to do. When asked how the deployment is going, he summed it up with one word: quiet.

When told that his Marines would rather be in Iraq, Col. Douglas Stilwell smiles and nods. It&#8217;s no surprise to him.

&#8220;I think a lot of them would like to be ashore in Iraq and operating,&#8221; Stilwell said. &#8220;They signed up, they&#8217;re young fire breathers and a lot of them might have not seen combat and feel a desire to do that. This actually, in many ways, being out here afloat as the reserve, is more challenging than being ashore with a relatively simple, singular tasking that you&#8217;re doing day to day.&#8221;

Marines haven&#8217;t always looked at being a part of Marine Expeditionary Units this way.

It used to be one of the more desirable assignments in the Corps because there was a chance to deploy to a far-flung part of the world and do a real mission. But the wars in Afghanistan and Iraq became the bigger priority since the Sept. 11, 2001, terrorist attacks.

While the units have been deployed in support of operations in Iraq and Afghanistan, Stilwell said that is starting to change. The units have returned to their original role of being a reserve force the military can call upon for special missions.

While it might be difficult to satisfy the desire for combat, experience does have some benefits. They&#8217;re ready for anything.